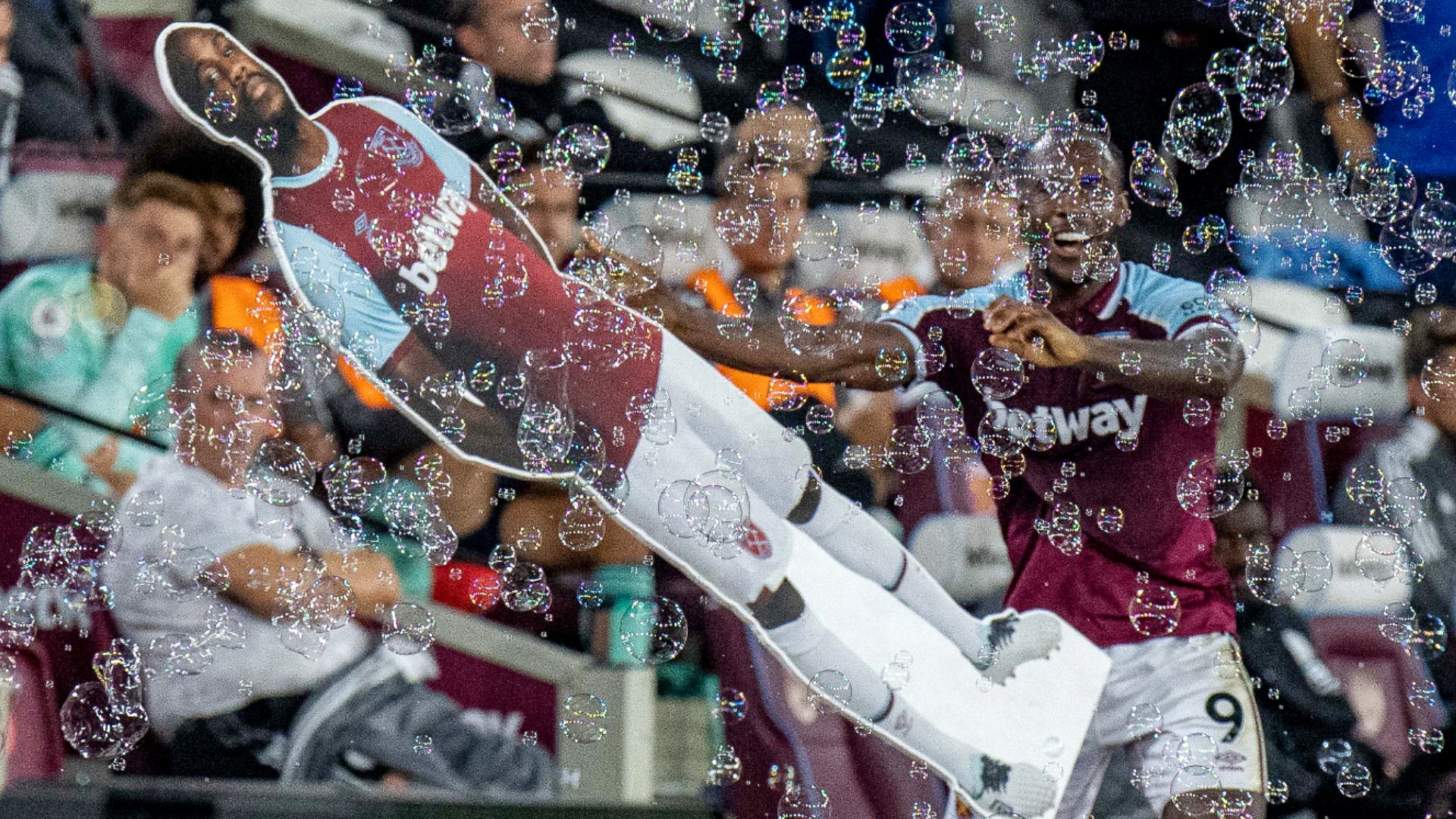 It was a special occasion for West Ham fans. Their club’s 4-1 win over Leicester City not only sent them top of the English Premier League, but forward Michail Antonio also entered the West Ham record books with two goals that gave him the club’s career goals mark.

Antonio scored the final two goals against 10-man Leicester to clinch a second straight win to start the season for the Hammers. His first goal passed Paolo Di Canio for the all-time mark with 48 goals in a West Ham shirt and he choreographed a celebration involving a cardboard cutout to forever remember the moment:

There was a story behind that celebration and Antonio shared it with the crew of Sky Sports in England, but not before asking them to guess:

“Save the Last Dance! The lift from the end!”

Michail Antonio joined our friends at @SkySportsPL to explain that his record-setting goal celebration was inspired by Save The Last Dance! 😂😂😂 pic.twitter.com/t0EP2IBeR2

Antonio, who signed with the Hammers back in September 2015, later scored his 49th West Ham goal to seal the club’s second-straight four-goal outburst. Those eight total goals after two matches have West Ham at the top of the Premier League on a tiebreaker ahead of the other clubs that are also on maximum points.

MORE: The goal scorer who trashed a reporter’s table at Euro 2021

The 31-year-old striker found the back of the net in the first match at Newcastle United and has a total of three goals on the season.

World Cup next for Antonio?

The 31-year-old striker could next be set to make his international debut in the coming weeks. A report in The Athletic indicates that Antonio has acquired his Jamaican passport and is set to represent the Reggae Boyz in CONCACAF regional World Cup qualifying beginning with the first matches of the octagonal in September.

Antonio was called up by England coaches in the past but never stepped on the field for the Three Lions. Although he was born in England, Antonio’s parents hail from Jamaica, making him eligible to represent the Caribbean island nation. Jamaica has only qualified for the World Cup on one previous occasion in 1998.

Three automatic berths will be handed out in the CONCACAF region and the fourth-placed team will play in an intercontinental playoff for another spot.