More audio clips from Florentino Perez about Casillas: He’s like a lapdog, a puppet – MARCA.com 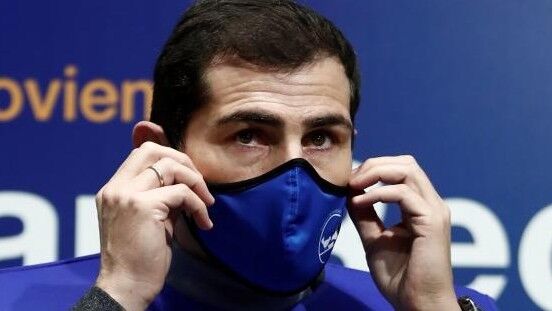 Following on from the quotes published on Tuesday morning of Florentino Perez, more leaked conversations have emerged and once more the Real Madrid president is very critical of Iker Casillas.

The quotes are from 2006, like the previous ones, and have also been published previously but have resurfaced again now.

At the time, Casillas was Los Blancos‘ goalkeeper and Perez on his way out as president.

“You could see the other ‘keeper was better than Casillas,” said Perez, as per El Confidencial.

“You can tell when things aren’t going so well with his girlfriend as well; he’s absent [mentally].

Despite a string of harsh comments relating to his ability, his height and his relationship, Perez insisted he got on well with the goalkeeper.

“I have, and people don’t know this, I have a very good relationship with him,” said Perez.

“People think I don’t like him, but the thing is I believe if he’d committed himself more he’d be the number one because, despite being a bit short, he has some exceptional qualities.

“But take the game against Barcelona with LaLiga at stake, the one we won 4-2… that Friday he arrived late to training… he’d had an argument with his girlfriend, ridiculous stuff.”

The Real Madrid president had some words to say about said girlfriend as well and he didn’t hold journalist Sara Carbonero in much esteem.

“This girl, I don’t trust her one bit,” said Perez.

“This girl, these girls, you know what they’re after…they go crazy for fame.

“Because this one thinks she’s a film star.”

Perez has already released a statement addressing the earlier leaks, claiming they are out of context and nothing new anyway.