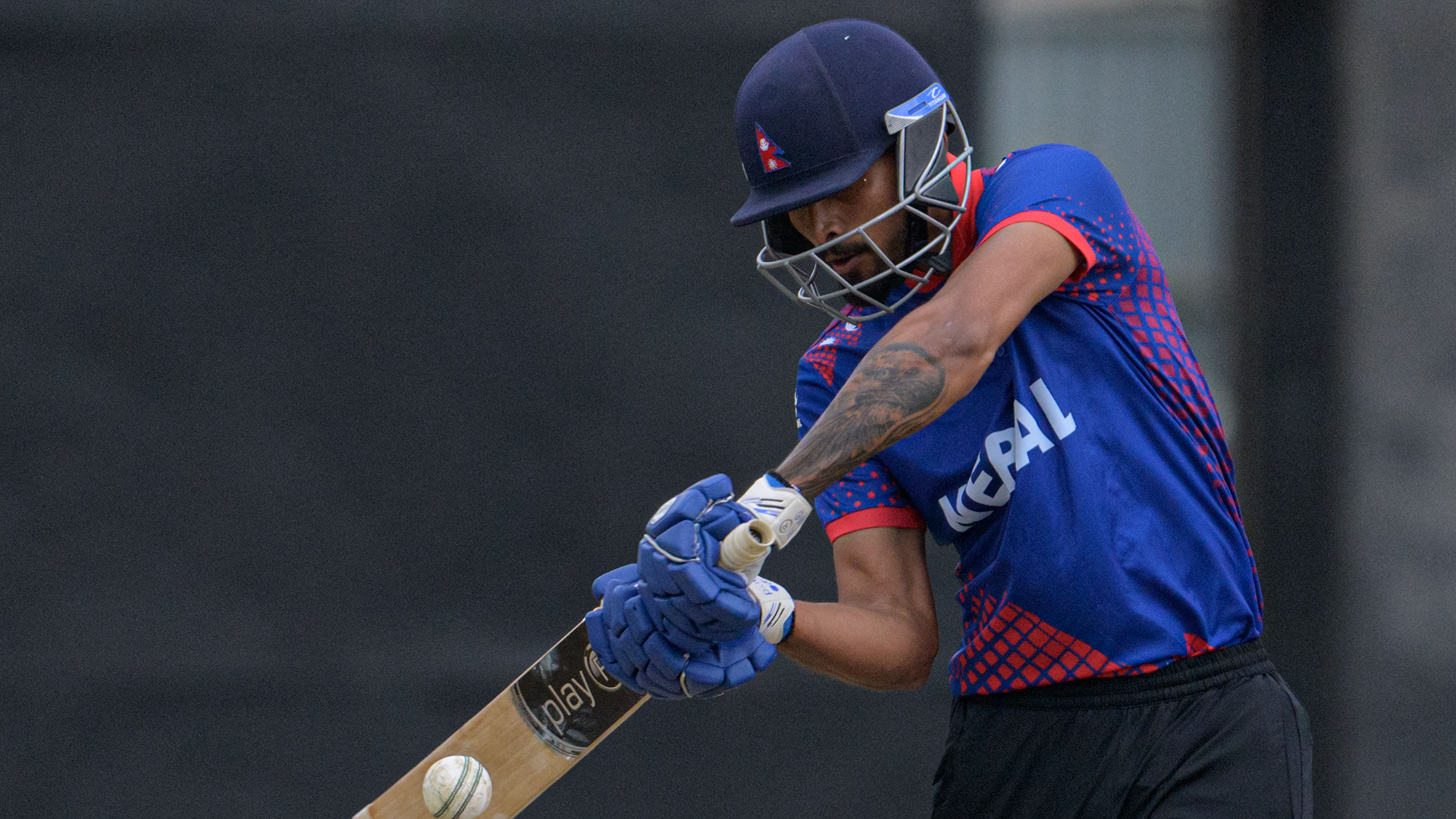 Up 2-1 in the five-match series in Nairobi, Nepal (15th) will be looking for two victories to boost their rating (182) in a bid to move closer to automatic ICC Men’s T20 World Cup 2024 spots.

Sandeep Lamichanne’s side fell in the second match of the series, though hit back in Sunday’s encounter, thanks largely to former skipper Gyanendra Malla’s solid performance.

The right-hander made a solid 46 (41) at No.3 to move his side’s assault of 157 through the middle overs, putting on a half-century stand with youngster Rohit Paudel. Earlier, Nepal’s seven-pronged attack kept Kenya under eight an over, largely thanks to Sompal Kami (1/16 off three overs), and tight bowling from Pawan Sarraf, Mohammad Aadil Alam and Karan KC.

Kenya were restricted to just 29/2 at the end of the Powerplay, forcing Irfan Karim (55* from 47 balls) and Rakep Patel (73* from 43 balls) to attack. The sluggish early start proved too much to rectify, as Nepal’s batters pushed on in response.

The ICC Men’s T20 World Cup in the West Indies and USA is a 20-team event, with automatic qualifiers for the event coming from the results of the 2022 tournament in Australia and MRF Tyres ICC Men’s T20I Team Rankings. The remaining places will be decided through regional qualifying events.

Alongside the hosts and the top eight finishers at the 2022 edition, the next two highest T20 team-ranked teams at the November 14 cut-off date will secure a 2024 spot. If the West Indies finish in the top eight at the tournament in Australia, the next highest ranked team will also qualify.

It means Nepal, who missed out on 2022 qualification, could qualify automatically for 2024, should they climb above the likes of Namibia (14th), UAE (13th), Ireland (12th) and Zimbabwe (11th) on the rankings ahead of the cut-off date.

Should they not reach the necessary ranking, Nepal would have to fight for one of two places in Regional Finals action, where they would face Bahrain and Oman, as well as teams from their region who fail to qualify for 2024 automatically.

Nepal take on Kenya in the fourth T20I on Monday, with the fifth match played out on Tuesday.