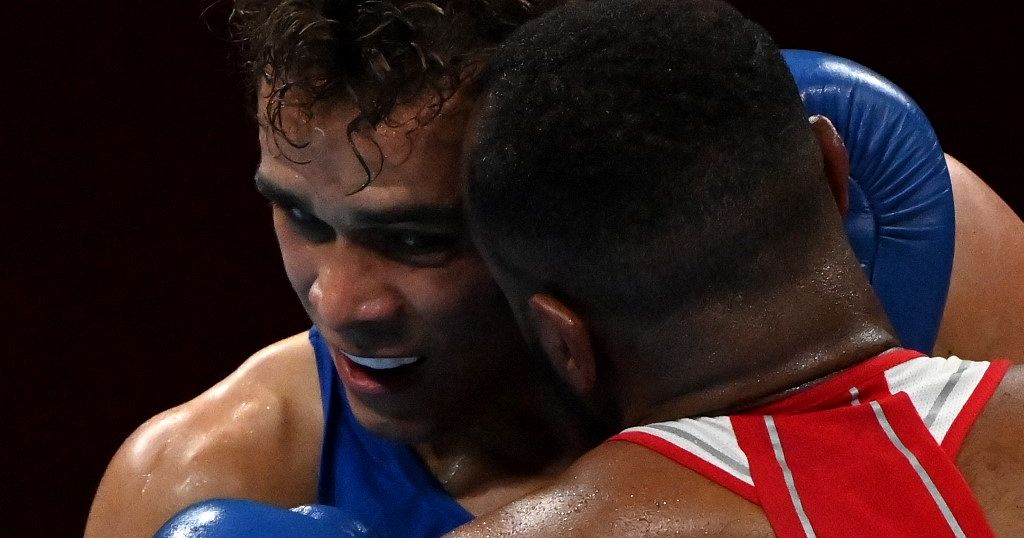 Moroccan heavyweight boxer Youness Baalla attempted to bite David Nyika’s ear during his defeat to the New Zealander at the Tokyo Olympics on Tuesday.

Youness Baalla’s attempt to fight like Mike Tyson occurred late in the third round of his loss to David Nyika during a clinch in the center of the ring. The bite didn’t appear to have any teeth, and Nyika advanced to the quarterfinals by unanimous decision.

“He didn’t get a full mouthful,” Nyika, a two-time Commonwealth Games gold medallist, said. “Luckily he had his mouth guard in, and I was a bit sweaty… I think he tried to get my cheekbone. He probably just got a mouthful of sweat.”

The referee didn’t see the bite, which was only picked up on television. Baalla wasn’t penalized during the bout, but Nyika won handily anyway.

The 22-year-old was subsequently disqualified for unsportsmanlike behaviour, although he was already out of the Games anyway following his unanimous-points loss in the round-of-16 bout.

A Tokyo 2020 statement called Baalla’s actions “intolerable”, saying that he “very clearly intended to bite the ear/face of his opponent in the third round of the bout”.

Many compared Youness Baalla’s bite to Mike Tyson’s, when he famously bit Evander Holyfield’s ear twice in 1997. Baalla wasn’t as successful, but he was still ripped on social media by Nyika’s fans until the New Zealander made a post defending Baalla on his Instagram account.

“The heat of battle can bring the best AND the worst out of people,” Nyika said. “This is part of sport. I have nothing but respect for my opponent and can appreciate the frustration he must have felt.”

Nyika advanced to face Uladzislau Smiahlikau of Belarus on Friday for a place in the medal rounds.