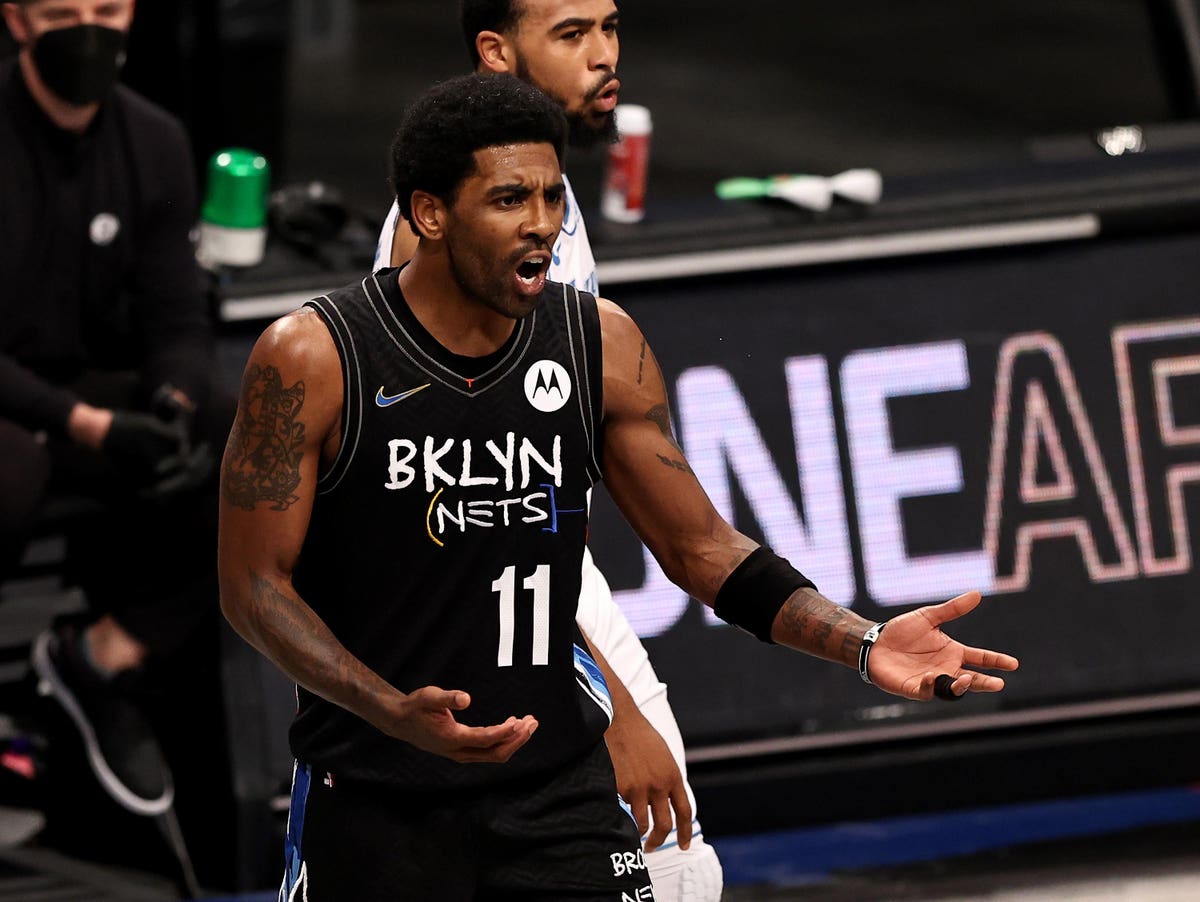 As the Brooklyn Nets seemingly move toward a situation where Kyrie Irving becomes a part-time player due to his Covid-19 vaccination status, head coach Steve Nash is playing down the implications of such a move while one NBA analyst said it would be “so disruptive and somewhat destructive” to the Nets’ championship hopes.

Nash, who is now asked on a daily basis about Irving’s status, acknowledged Sunday that “we recognize [Irving] is not playing home games. We’re going to have to for sure play without him this year. So it just depends on when, where and how much.”

Irving could potentially miss up to 45 NBA games this season including the 41 home games, plus two games at Madison Square Garden against the Knicks and contests in Los Angeles and San Francisco, which, like New York City, have local vaccine mandates.

Irving did not travel to Philadelphia with the team for Monday’s preseason game with the 76ers, and instead stayed back home.

“We’re just trying to navigate this thing, we don’t really know what’s going to happen tomorrow,” Nash said on a pre-game Zoom. “We’re just trying to take our time to figure out what everything means. New information seems to come in every week, so we’re just in that process of trying to navigate not only the information, the parameters, but what’s coming down the line, how it looks and feels and what we can do to make this work.”

On Friday, it was reported that Irving had been cleared to practice at the Nets facility in Brooklyn — because it’s deemed a private facility — but not play in home games at Barclays Center — a public facility. Irving did not play and was not in attendance for the Nets’ preseason home opener against Milwaukee on Friday.

But Nets stars Kevin Durant and James Harden, as well as other players, continue to get asked on a daily basis about how Irving’s status is impacting the team.

Nets owner Joe Tsai has said he believes Irving should get vaccinated so the team can be whole in its pursuit of an NBA championship. New York Mayor Bill de Blasio and NBA Hall of Famer Shaquille O’Neal are among those to chime in on Irving’s status.

Nash was asked Monday if Irving might have a reduced role when he does come back if he’s forced to miss home games.

“I don’t know, maybe that presents itself somewhere down the line but I wouldn’t imagine so,” Nash said. “If he’s out there, he’s out there, but this is all stuff that we have to figure out and navigate because it’s kind of unprecedented….We’re trying to figure it out as we go.”

Veteran ESPN NBA analyst Doris Burke was asked about it before the Sixers game and said Irving as a part-time player would be “so disruptive and somewhat destructive” to the Nets’ championship hopes.

“I don’t think I would play him part time because I think it would be so disruptive to what they hope to achieve, and with Kevin Durant and James Harden and all the pieces, they probably have enough to at least get to an NBA championship and be positioned [to win],” Burke said.

“I can’t believe I’m saying it. Kyrie is a virtuoso. He’s coming off a season where he went 50/40/90, averaging 25 points per game. There’s only four guys who have ever done that.

“I just worry that if they play him part time, it becomes so disruptive and somewhat destructive to what they inevitably hope to do, which is win a championship.”

Irving has not spoken publicly since media day on Sept. 27 when he said the last thing he wanted, was to be a “distraction.”