It’s official, Nick Mwendwa will return to the helm of Kenyan football. Mwendwa is set to resume his Football Kenya Federation President duties after the government dropped all graft allegations against him.

Mwendwa has since written to the World Governing body, FIFA, notifying them that he has retaken his spot from acting president Doris Petra. 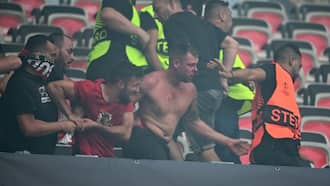 The football honcho has been out of office since November last year, when he was arrested and arraigned in court on graft charges.

Kenya was then banned from all football events, with FIFA citing interference from a third party. A part of Mwendwa’s letter read,

In this regard, following the withdrawal of charges by the Directorate of Public Prosecutions on July 8th, 2022, I hereby wish to inform your good office that I have resumed my duties as the FKF President, with immediate effect in accordance with Article 42 of the FKF Constitution(2017)

His return could prompt FIFA to reconsider the suspension it placed on Kenya. Kenya has suffered greatly from that ban, with football clubs and the national teams failing to participate in international tournaments.

Harambee Stars and Harambee Starlets failed to participate in the Africa Cup of Nations qualifiers. The latter consequently missed out on a chance of qualifying for the FIFA Women’s World Cup. 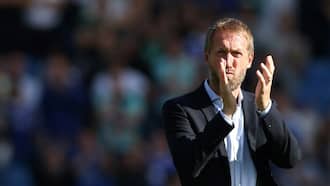 Kenya Premier League champions Tusker FC also failed to enrol in the CAF Champions League, which kicks off this weekend.

Kenyan football has been under a number of committees that were put in place by the outgoing Sports Cabinet Secretary Amina Mohamed.

Sports Brief had previously reported that Nick Mwendwa was now a free man. Through the office of the Director of Public Prosecutions(DPP), the Government has withdrawn all charges against the former Football Kenya Federation President(FKF) President after failing to produce any witnesses.

Mwendwa has been a wanted man since he was ousted from office last year on allegations of massive embezzlement of money at FKF.