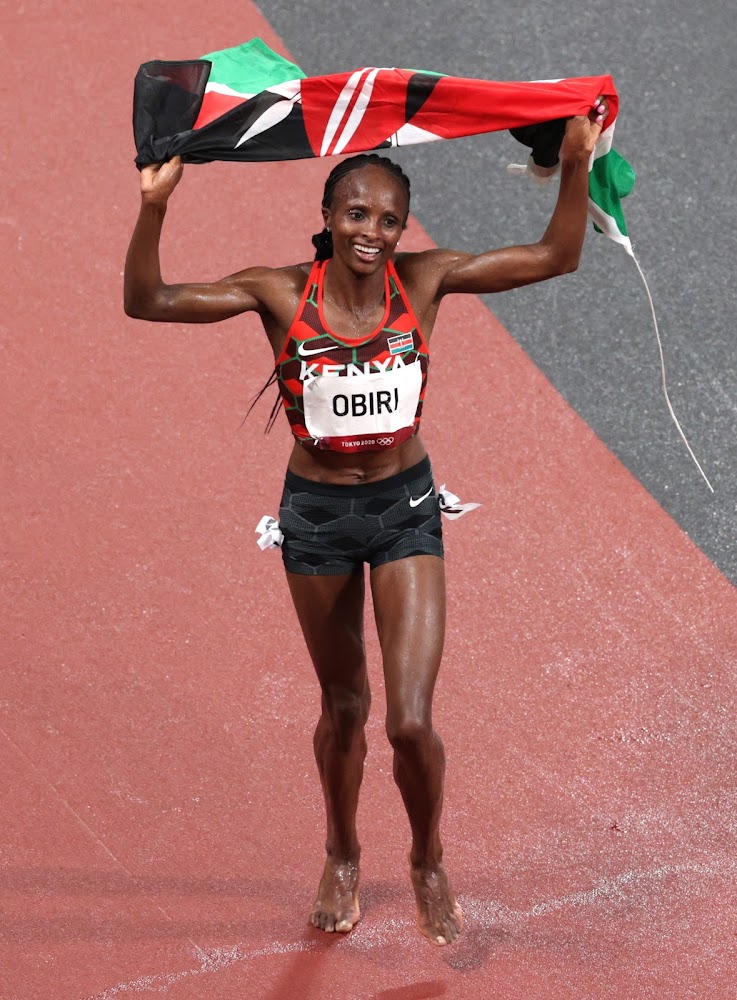 World 5,000m champion Hellen Obiri was careful not to assume legendary status after clinching a fifth crown at the Kenya Defence Forces Cross Country Championship at Moi Air Base, Nairobi on Friday.

Quizzed on whether she has outgrown the military cross country contest, Obiri was quick to pay respect to her opponents.

“There is no race that is ever easy. Victory is something you have to work hard for in training and in the race itself. Otherwise, everyone competing here, including Sheila and Joyce, is worth their salt as far as running is concerned,” the double Olympic 5000m silver medalist said.

Obiri adds that she is in the shape of her life and believes her victory on Friday is the beginning of a fruitful 2022.

“I was preparing to run in the New Year’s marathon but, unfortunately — due to unavoidable circumstances — I could not compete. However, I was not discouraged but told myself to channel my fitness and preparedness into today’s championships,” she said.

The 2018 Africa 5,000m champion added: “Since the Olympics, I have not competed in many races. This year, we have many competitions to participate in including the World Championship and Commonwealth Games. But first things first. I want to run at the RAK Half Marathon since I had purposed to run  more road races this year. From there, we will see what next.”

It was, however, a different script in the men’s race where last year’s champion, Kibiwott Kandie, failed to claim a podium finish.

The former world half marathon record holder finished seventh in 29:38.49 in a race won by 2019 Barcelona Half Marathon champion Eric Kiptanui in 29:20.59.

Bahrain Half Marathon runner-up Collins Koros finished second in 29:21.45 while Vedic Cheruiyot was third in 29:23.78.