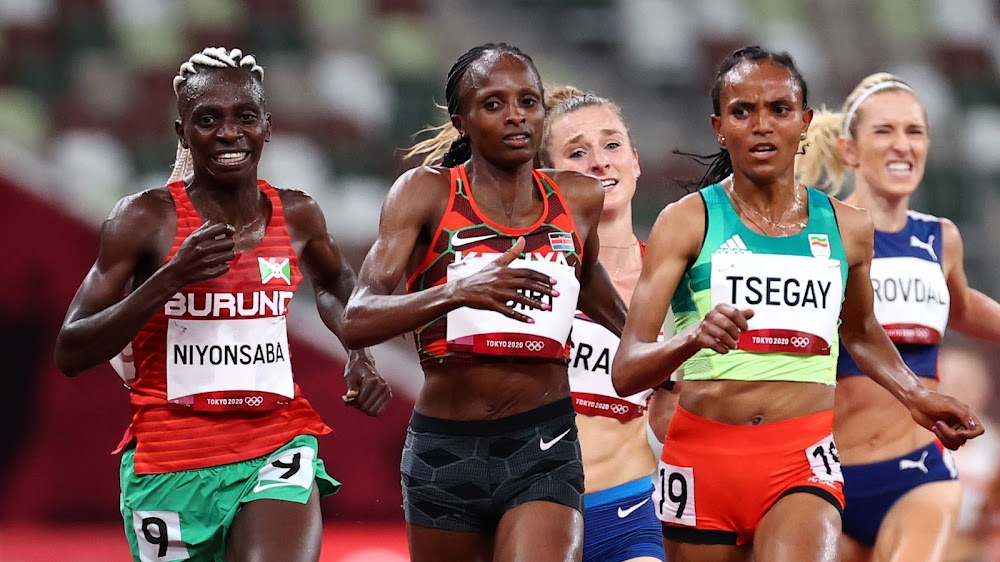 Team Kenya will be seeking to make amends in the 5000m and 3000m steeplechase finals today at the Olympic Stadium in Tokyo.

Following a disastrous performance on Friday in the men’s 10,000 m final where Kenya failed to get into the medal bracket, all eyes will be on the world 5000m champion Helen Obiri, Lilian Kasait, and former World cross country champion Agnes Tirop in the 12-and-a-half lap race.

Obiri, who will switch to road races after the Olympics, will be determined to sign off with a gold  medal in her specialty but faces stiff test.

Obiri’s biggest rival will be Sifan Hassan from the Netherlands who is chasing a treble of medals in the 1500m, 5000m and 10,000m.

Obiri clinched silver four years ago in Rio, finishing behind Vivian Cheruiyot and said she has adapted to the tough, hot and humid weather conditions in Tokyo.

“I have adapted to the weather. We came here last week and the conditions are okay as we await the final on Monday,” she said.

Obiri will also be competing in the 10,000m later this week.

The trio of Kenyans looked comfortable in the heats and will be confident of a podium finish in today’s final. Others to look out for in the event include the Ethiopian trio of Tsegay Gudaf, Taye Ejagehu and Teferi Senbere.

The men’s steeplechase final, a race in which Kenya has won gold since the 1968 Olympics in Mexico City, is slated for 3:15 p.m. (East Africa time).

Benjamin Kigen and Abraham Kibiwott, who will be aiming to continue  Kenya’s strong performance in the barriers event, face a daunting challenge with the emergence of Ethiopia in the event.

Lamecha Girma and Getnet Wale will spearhead the Ethiopian challenge with world bronze medallist Soufiane El Bakkali of Morocco in what will be a competitive race.

Kigen is, however, upbeat and notes he has conserved his energy for the final.

“The main thing was to qualify for the final. There was jostling and pushing during the race and I even got stepped on but there was no way I would pull out because this is a battle.”

“I am relishing the challenge with my brother Kibiwott and we want to do the country proud,” the African champion said.