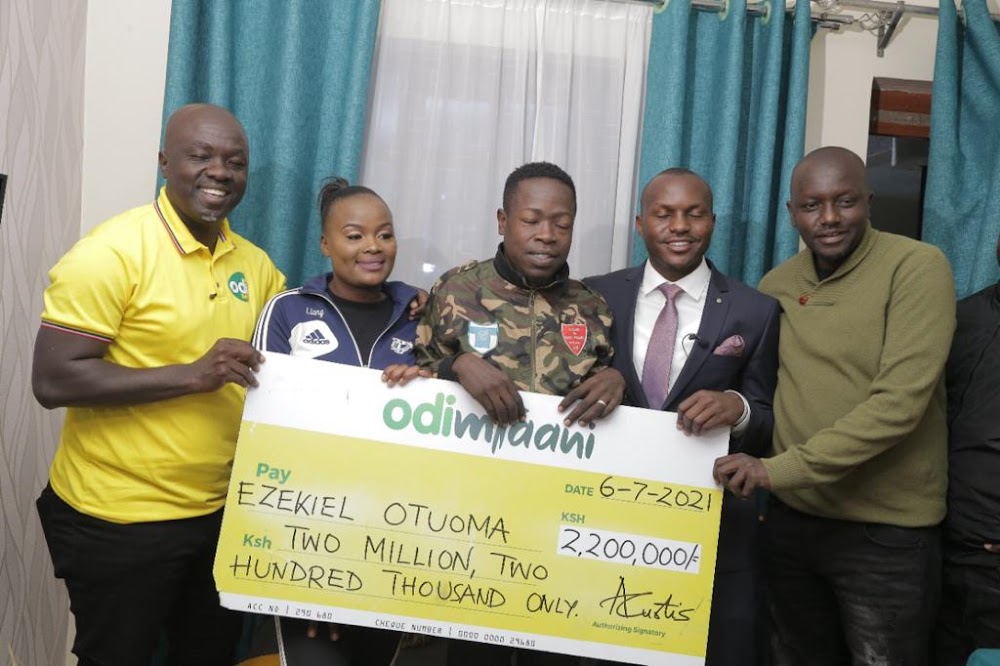 The former AFC Leopards was in November last year diagnosed with Motor Neurone Disease (MND), something that brought his career to an abrupt halt.

The betting company through its ‘Odimtaani’ initiative settled the bill that will see the strike receive treatment in Germany.

His transportation costs estimated at Sh300,000 to Germany and back will also be catered for by the company, on top business support for his wife.

Speaking on Tuesday when they visited the footballer, Odibets Country Marketing Manager Aggrey Sayi said they were there to support the once lethal striker with a message of hope.

“We have visited Ezekiel Otuoma to bring a message of hope to him and support him by paying his medical bill,” he said.

Otuoma who last played for Talanta FC has been asking the public to help him settle hospital bills which have taken a heavy toll on his young family.

Motor neurone disease is a rare condition that progressively damages parts of the nervous system. The neurons generate and die and slowly the muscles become weaker, eventually leading to paralysis.

The disease is believed to have no cure, but has treatment to help reduce the impact it has on a person’s daily life.