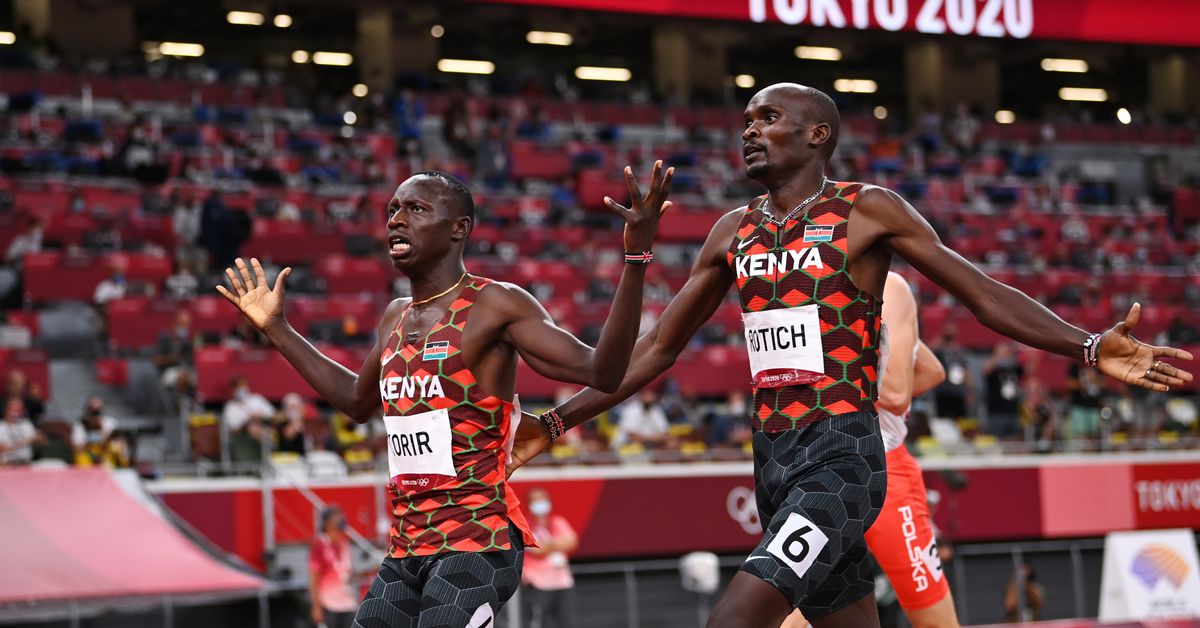 Kenya’s double Olympic gold medallist David Rudisha’s persistent injuries denied him the chance to defend his title, opening a path for a new champion to emerge and Korir powered his way to victory with a time of 1:45.06.

He spread his arms wide as he crossed the line as if to announce that he was ready to assume Rudisha’s mantle as king of the 800 metres.

“I don’t know what to say, just thanks to God,” he said. “This is a big thing for me after failing to qualify for the final in the 2017 and 2019 world championships. But today is my day.

“It’s been my prayer to be an Olympian, and today I am,” he added.

Arriving in Japan boasting the second leading time of the year, Korir began the race fast, moving up to second behind Australia’s Peter Bol who set the early pace.

“There was nobody who wanted to take the pace, so I just said I was going to control it,” Korir said. “The Australian guy, Bol (Peter, who led off the last bend), he did something good for me.”

Korir accelerated with 200 metres left and surged to the line ahead of Rotich, who pushed hard in the last 50m to make it a Kenyan one-two as he clocked 1:45.23.

“My prediction was that we would get a one-two-three,” he said, referring to Michael Saruni, who failed to advance to the final.

Rotich said he was pleased with the result for Kenya.

“We have been able to bring a gold medal to our country. Today we brought a silver and a gold, so it’s a plus to our country and our lives,” he said.

As the race was coming to its last stretch, Rotich said that he realized he was not in a medal position.

“A thought came in my mind that ‘oh, you are late’. And I just came out very quickly and I moved forward,” he said.

Dobek’s bronze was Poland’s first Olympic medal in the 800m and first medal in an individual running event since 1980.

“This is a historic medal for Poland at the Olympic Games. I’m very excited,” Dobek said.