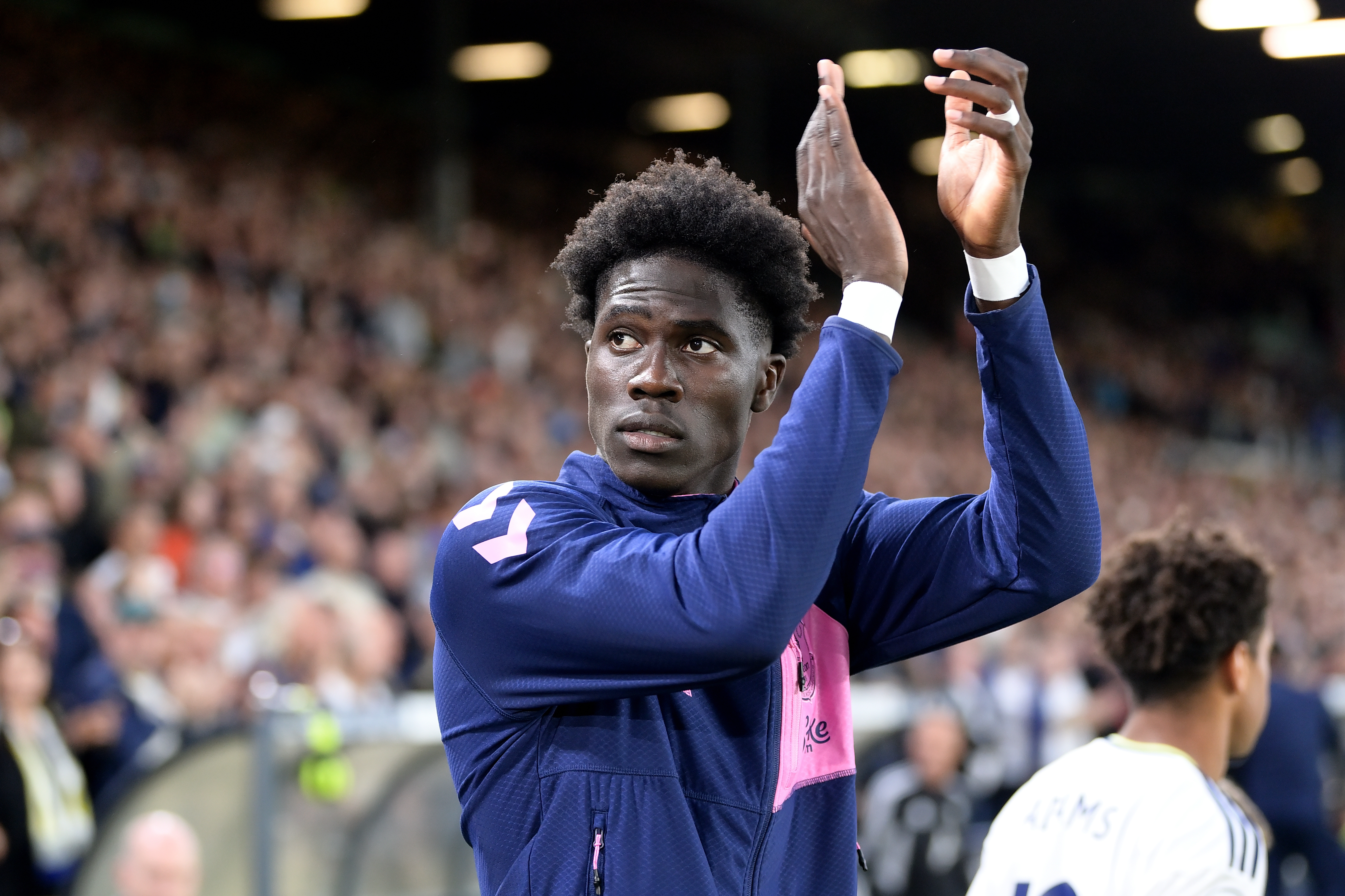 Amadou Onana says the energy and fighting spirit on display in the 1-1 draw with Leeds United gives Everton a platform to build on, while also revealing Blues fans’ song for him “gives me chills”.

The 21-year-old Belgian, signed from Lille earlier this month, completed his first 90 minutes in the Premier League at Elland Road.

Deployed in a deeper ‘number six’ position, alongside the slightly more advanced Alex Iwobi and Tom Davies, Onana impressed with a disciplined and combative performance in a feisty affair against Jesse Marsch’s side.

“I think we can build on it,” he told evertontv after the match. “The way we stuck together was unbelievable and we have to build on that. This energy, this fighting spirit is what was maybe missing at times last season so we need to continue in this way.

“With a bit of luck we could have won the game, especially with the chances we had at the end of the game.

“I don’t mind what formation we play.

“I feel like I can play any position in midfield. We did well and we had some great moments in the team and I’m proud of the team tonight.”

Onana, who had played in a two-man midfield in his first four outings for the Toffees, says he is relishing the physicality of the English game, adding: “It’s really tough – but I’m a tough guy!”

“I’ll give it my all every time I’m out on the pitch.”

A total of 2,856 Evertonians filled out yet another away end and the unwavering support from fans has not gone unnoticed by Onana, who has already been given a song.

“The fans were incredible, as always,” he said. “A big thanks to them from the bottom of my heart.

They’re unbelievable and my message would be to keep supporting us, keep behind us and big thank you.

“It gives me chills [hearing my song].

“It’s lovely and I want to say a big thanks to them.”

Next up for Everton is the Merseyside derby — the 241st meeting between the two sides — at Goodison Park on Saturday (12.30pm BST).

“It’s at Goodison, too. We’ll give it our all to try to bring the three points.

“I think we just have to keep calm and continue as we’ve been going. As I said, the way we defended together, stuck together and, when needed, suffered together [tonight].

“We can definitely build on that.”

You may also like
Graham Potter’s triple boost for Chelsea in England vs Germany ahead of Crystal Palace challenge – Football.London
Spare a thought for Thomas Tuchel. On a night that
Super Eagles To Face Algeria in Big International Friendly As Venue, Kickoff Time Revealed ▷ SportsBrief.com – Sports Brief
Nigeria and Algeria will be going head to head on Tuesday
‘Excellent’: Media raves about Chelsea player’s international display – The Chelsea Chronicle – Chelsea FC News
Mason Mount received some big praise in the media for
Jude Bellingham compares Arsenal star to Lionel Messi after brilliant performance against Germany – Sportskeeda
England midfielder Jude Bellingham has compared his
Hurricane Ian’s latest path: Hurricane warning issued for Tampa Bay area – ABC News
Hurricane Ian’s latest path: Hurricane warning
Arsenal set for £40m transfer battle as target makes Cristiano Ronaldo admission – Football.London
Here is your Arsenal morning digest on Tuesday, September 27.
Brazil vs Tunisia: TV Channel, how and where to watch or live stream online free 2022 International Friendl… – Bolavip US
Qatar 2022 is looming around, but Brazil will play
WORLD OF GOLF: Presidents Cup gives Europe hope ahead of next year’s Ryder Cup in Italy – Daily Mail
A year out, there might just be signs of separation
Go to mobile version