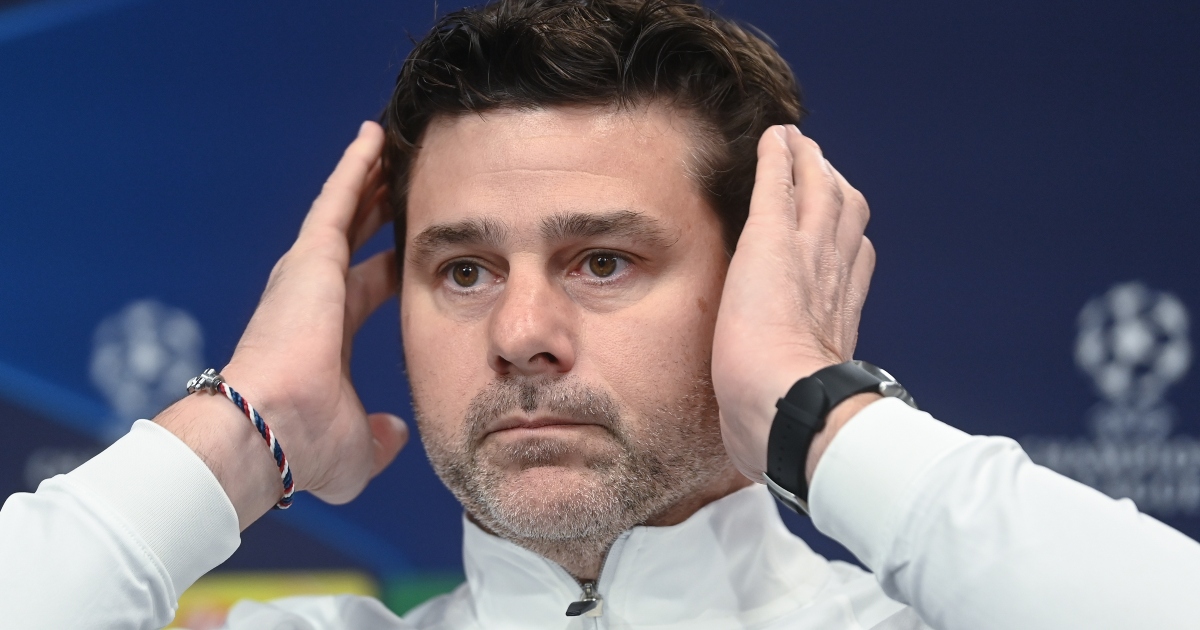 The ball is in Mauricio Pochettino’s court as Manchester United target the former Spurs boss to take over at Old Trafford.

United made an approach for the Argentine manager this week, which was rebuffed by Paris Saint-Germain, and the Manchester Evening News claim ‘the onus now is on Pochetino to inform his present employers he wishes to have his employment terminated’.

It was thought United were targeting an interim boss ahead of a move for Pochettino in the summer, but MEN state that ‘Pochettino wants to be in the Old Trafford dugout next week, not next year’.

They report ‘coded hints’ from Pochettino in a ‘diplomatic Zoom call in Manchester’ on Tuesday as he answered every question in English and brought up Sir Alex Ferguson unprompted.

United will have to pay PSG compensation, but it’s thought that could be an attractive proposition for the French giants, with Zinedine Zidane available should they need a new boss.

‘It already feels a matter of when Pochettino becomes the United manager’.

But uncertainty over the ‘when’ means United are in talks with other managers for the interim role.

MEN claim ‘one flew into Manchester to be interviewed on Tuesday’, Ernesto Valverde and Rudi Garcia have held talks.

Ralf Rangnick is believed to be the preferred candidate, but his desire to control everything at the club is a sticking point.

Jamie Carragher says he would leave PSG for United “tomorrow”.

“Pochettino has to get out of the club. If he has the chance to go to Manchester United. I would be gone tomorrow and it’s because of those three stars,” said Carragher on CBS.

The former Liverpool defender claimed the reluctance of Mesi, Neymar and Mbappe to track back played a huge part in City’s win at the Etihad.

The thought was echoed by fellow pundit Thierry Henry, who claimed Pochettino is unable to put his imprint on the team due to the talented trio.

“If you want to win the Champions League, you cannot defend with seven players,” said Henry.

“It is impossible, I don’t care who you are. The full backs are exposed, so it’s virtually a three vs one, three vs two on the pitch.”