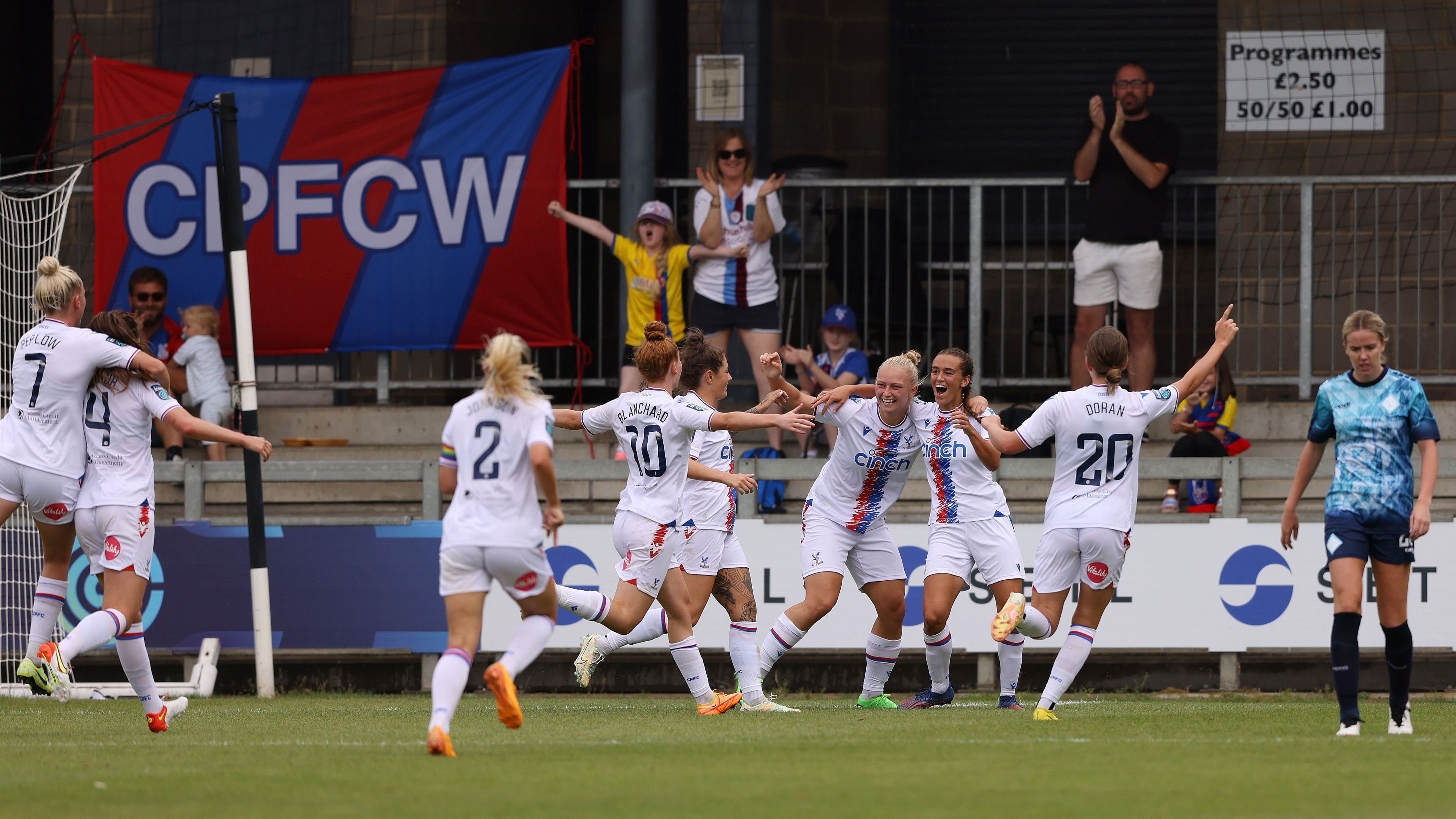 This was a tense period in an otherwise dominant half from Palace. Despite both sides’ efforts, the game somehow remained 0-0 as the two teams left the field.

This wouldn’t last long after the restart. In the 49th-minute, Chloe Arthur struck from outside the box, however hit the top of the bar to send the ball ricocheting back into the box. Sibley reacted fastest, coming in fast with to clinch the season’s first goal and eventual matchwinner.

Sibley drove goal-bound to attempt a second, but this was quickly claimed by the Lionesses’ ‘keeper. The young attacked then gained control of the ball yet again and caught the post with her resulting effort.

Five minutes of added time saw both teams fight in the final stretch, with the Lionesses seeking a way back in, but Palace held on to secure victory on the opening day of the season.

They will next face Coventry United on Saturday, 27th August at Hayes Lane. Click here to buy tickets.