Argentina failed to score for the first time since June 2019 but a 0-0 draw at Paraguay on Thursday maintained their unbeaten record in South America’s 2022 World Cup qualifiers.

Argentina have gone 23 games without defeat under coach Lionel Scaloni and are second in the qualifying group with 19 points, behind Brazil, the only other unbeaten team, who have 27 after beating Venezuela 3-1 in Caracas.

The top four teams qualify automatically for Qatar next year and the fifth-placed side goes into an inter-regional playoff. Argentina were without Lautaro Martinez in attack and with Lionel Messi quieter than usual the game lacked excitement, especially in the first half. 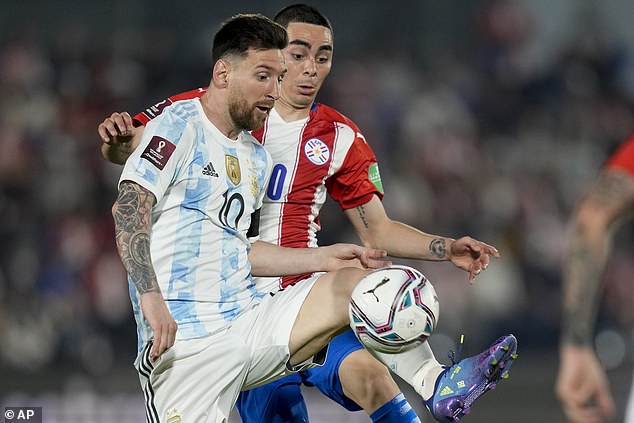 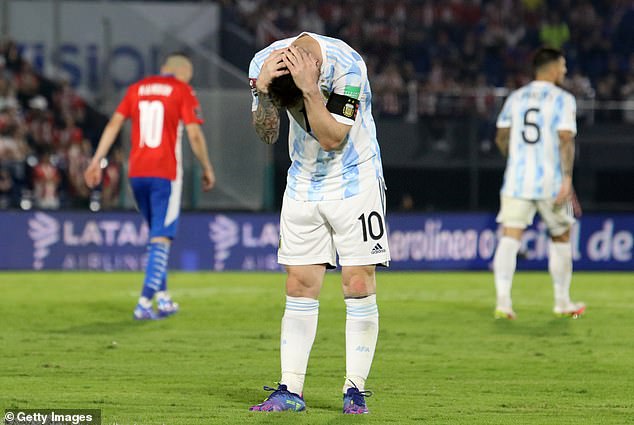 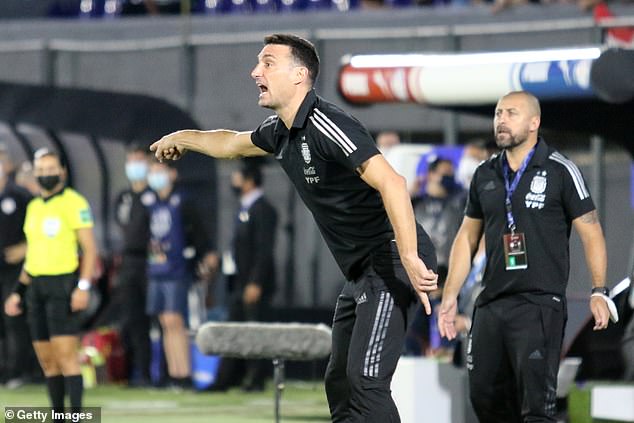 The visitors had the better of the opening exchanges but Paraguay grew into the game in the second half and tested Emiliano Martinez in the Argentine goal more often.

Scaloni made five changes in the second half and the game opened up.

Substitute Alejandro Gomez brought out a superb save from Paraguayan keeper Antony Silva with 12 minutes remaining and then at the other end Carlos Gonzalez blazed a cutback over the bar three minutes from time.

‘I think we had some good moments,’ said Argentine defender Nicolas Tagliafico. ‘We maybe struggled to control the game. There were times when Paraguay came at us and were dangerous.

‘I think we made their goalkeeper one of the game’s best players.’ 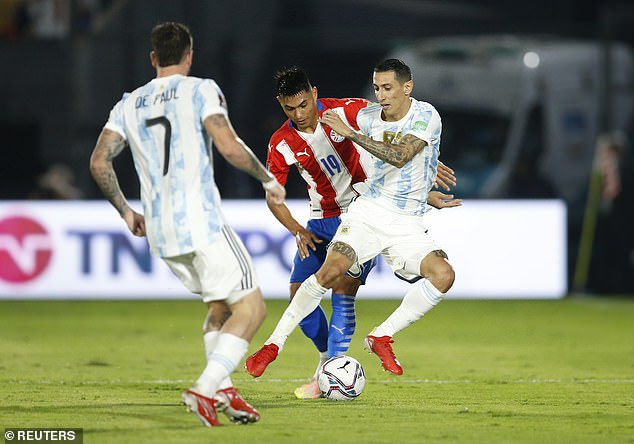 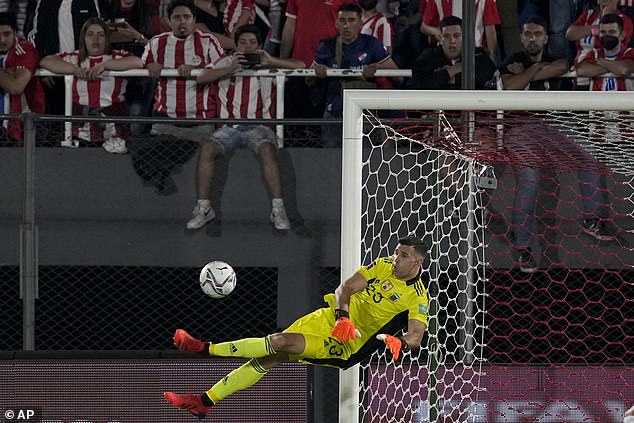 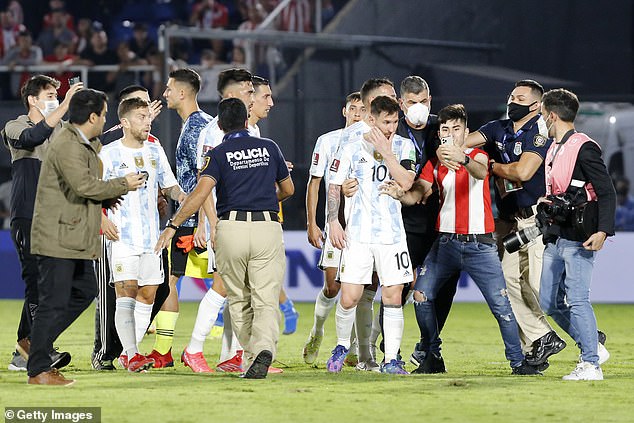 Argentina next have home games against Uruguay and Peru, while Paraguay are away to Chile on Sunday and then travel to Bolivia on Thursday.

In the evening’s other early game, Uruguay and Colombia drew 0-0 in Montevideo. Uruguay, who started the day in third, are on 16 points from 10 games, two points ahead of Colombia.