Pogba won’t yet commit to Man Utd: Let’s see what happens at the end of the season – beIN SPORTS 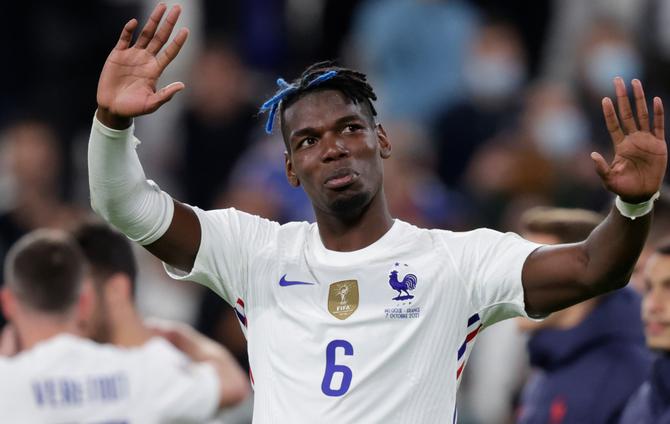 Paul Pogba is not yet prepared to commit to Manchester United, insisting “let’s see what happens” when it comes to his future.

The midfielder impressed on Thursday as France came from 2-0 down to beat Belgium 3-2 in a gripping Nations League semi-final at the Allianz Stadium, his old Juventus stomping ground.

Pogba has been linked persistently with a move away from United, with a return to Juve or a switch to Real Madrid deemed the most likely.

Recent reports in France had suggested he could extend his Red Devils contract, which expires at the end of the season, after the signings of Cristiano Ronaldo and Jadon Sancho left him more convinced of the club’s ambition.

However, speaking after the thrilling victory over Belgium, Pogba told Sport Mediaset: “I always talk to my former team-mates, like Paulo [Dybala]. I’m at Manchester United, I still have a year on my contract, and then we’ll see.

“I want to finish [the season] well there, and then let’s see what happens.”

Belgium led 2-0 at half-time in Turin through Yannick Carrasco and Romelu Lukaku before the world champions produced a stirring turnaround.

Karim Benzema and Kylian Mbappe levelled the scores and Theo Hernandez blasted home a 90th-minute winner, as France recovered to win a match after trailing 2-0 at the break for the first time since a friendly victory over Iceland in 2012.

“We started very well: 25 minutes of quality with the ball, then, with their players, they were very good on the counter-attack,” said Pogba.

“We sat back and conceded two goals very quickly, stopping playing with the ball. It was another game in the second half. We played like France.

“It was a very good match. I’m happy with the game we played. The second half was really good.”

Antoine Griezmann, who won the penalty from which Mbappe equalised, said some stern half-time discussions and the efforts of France’s front two were key to their revival.

“I am very proud of the players, the group and the coaches,” he told TF1.

“We started well in the first 30 minutes. After that, we were too deep, we couldn’t get out and at half-time, everyone had the right words and we came out in a different fashion.

“We went looking for them and Kylian and Karim had an amazing match. They did us good by scoring, by making a difference. It was a fantastic match.”