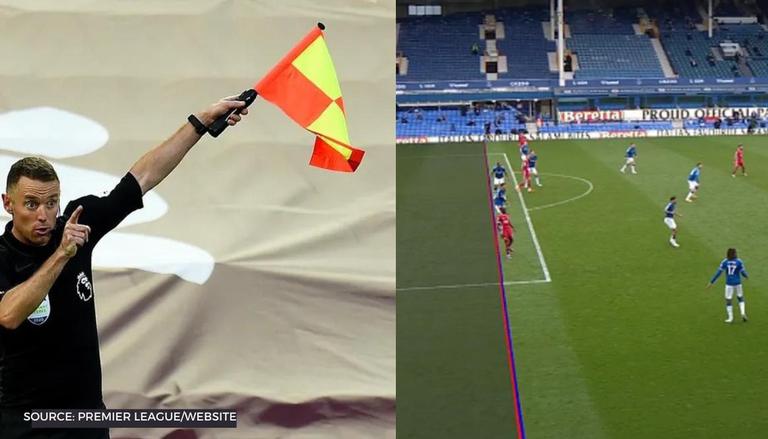 According to various reports, the Premier League 2021-22 season will have ‘thicker lines’ for the match officials to use while consulting with the Video Assistant Referee (VAR) in the upcoming campaign. The English top-flight competition is set to make a few changes in the VAR offside rule in order to make it more acceptable after coming under heavy criticism from fans, players and pundits for some questionable decisions in the 20-21 campaign.

The VAR offside rule saw several instances where a team saw a goal being disallowed due to a player’s armpit or toe or for just being a fraction offside. Fans, pundits and a few players have expressed their opinion on the VAR rule complaining about how it felt like it was ruining the game. In an attempt to address the concerns, the Premier League is expected to have ‘thicker lines’ for marginal decisions next season.

The decision to have ‘thicker lines’ while using the VAR was taken during the Premier League shareholders meeting on Thursday. Mike Riley, who is the referees’ chief was rumoured to have shared the results of a survey which was conducted with various authorities from Premier League clubs like the managers and captains involved and questioned to share their feedback on VAR.

They expect the new decision to have a massive impact see teams not being penalised and see the goal being taken away because a player’s toe or armpit was marginally ahead of the VAR line. This won’t be the first time that ‘thicker lines’ will be used while officiating a match as the system is already being deployed in the Dutch League with the UEFA also said to use the system for its various competitions.

What is the new EPL season start date?

The highly anticipated Premier League 2021-22 season is expected to kick off just a month after the completion of soon-to-start Euro 2020 with the final of the European Championship is scheduled for July 11 at the Wembley Stadium in London. With the Premier League 2021-22 season scheduled to kickstart on August 14, players are expected to have some time away from football with the clubs expected to call them back soon for pre-season ahead of the commencement of the domestic league.

The fixture list for the upcoming Premier League 2021-22 season is expected to be announced on June 16th. It will see the recently promoted Watford, Norwich City and Brentford square off against other Premier League teams after getting the opportunity to play in the top division of English football.