Lionel Messi will not feature against Strasbourg in PSG‘s first Ligue 1 game of the season but he will be ‘presented’ to the fans at half-time.

PSG manager Mauricio Pochettino said he would not rush Messi into action following his signing from Barcelona earlier this week.

As a result, the Argentine will be forced to watch on from the sidelines despite having completed training alongside his team-mates this week. 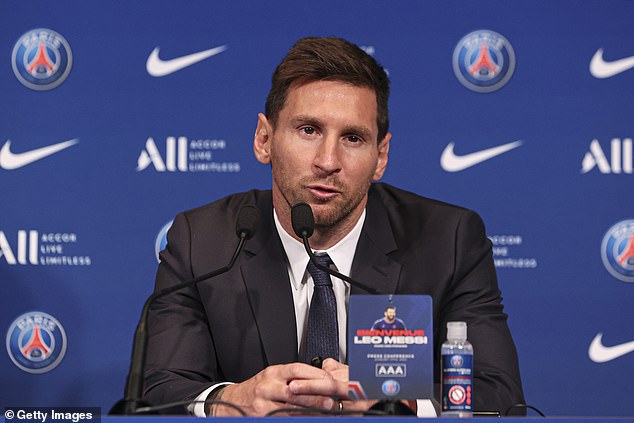 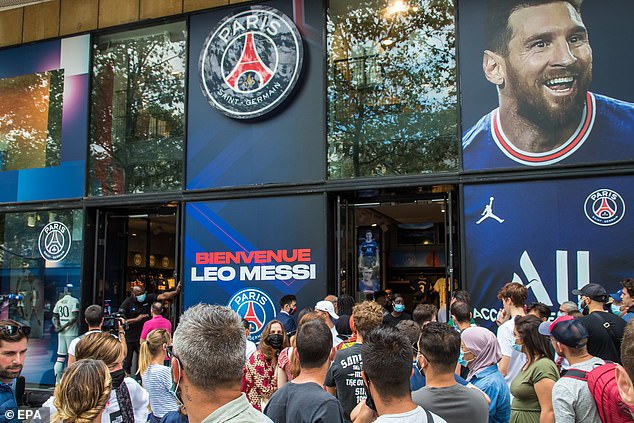 However, he will be ‘presented’ to the fans at half-time of their clash at the Parque des Princes

Pochettino said in his press conference: ‘As for when we might see Leo Messi, it is his second day of training after a month since he played the last game at the Copa America.

‘We will take it step by step, get to know each other and have him feel fit and comfortable so that he is able to make his debut when he is fully fit.’

Messi trained with his PSG team-mates throughout the week as they prepared for their first home game of the season.

However, the 34-year-old has not played a competitive fixture since winning the Copa America, his first international trophy with Argentina, in July. 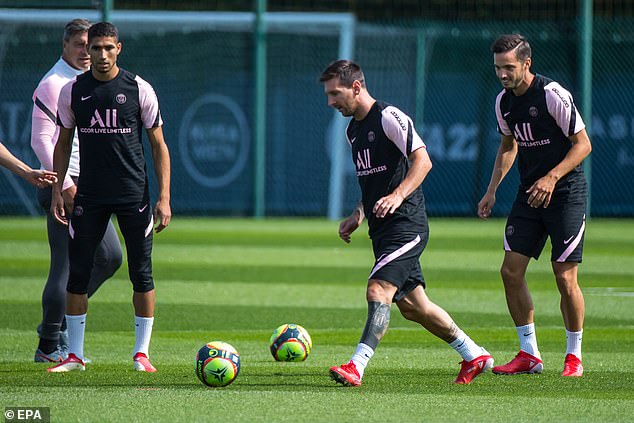 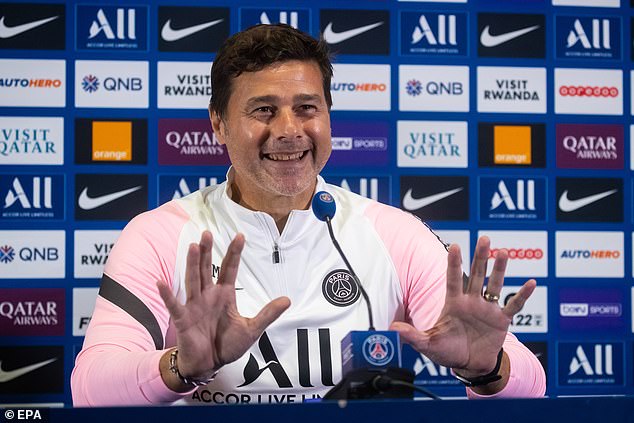 But, PSG manager Mauricio Pochettino (above) said he would not rush Messi into action

Therefore, Pochettino will not risk introducing Messi into the squad too soon as he will want to avoid any unwanted injuries.

So, for that reason Messi will sit patiently on the sidelines as he wait his turn to make his Ligue 1 debut.

However, according Sport, Messi and PSG’s other new signing will be invited onto the pitch at half-tine to receive their first ovation at Parque des Princes.

Others including injured Sergio Ramos will be invited to join the Argentine out on the pitch.