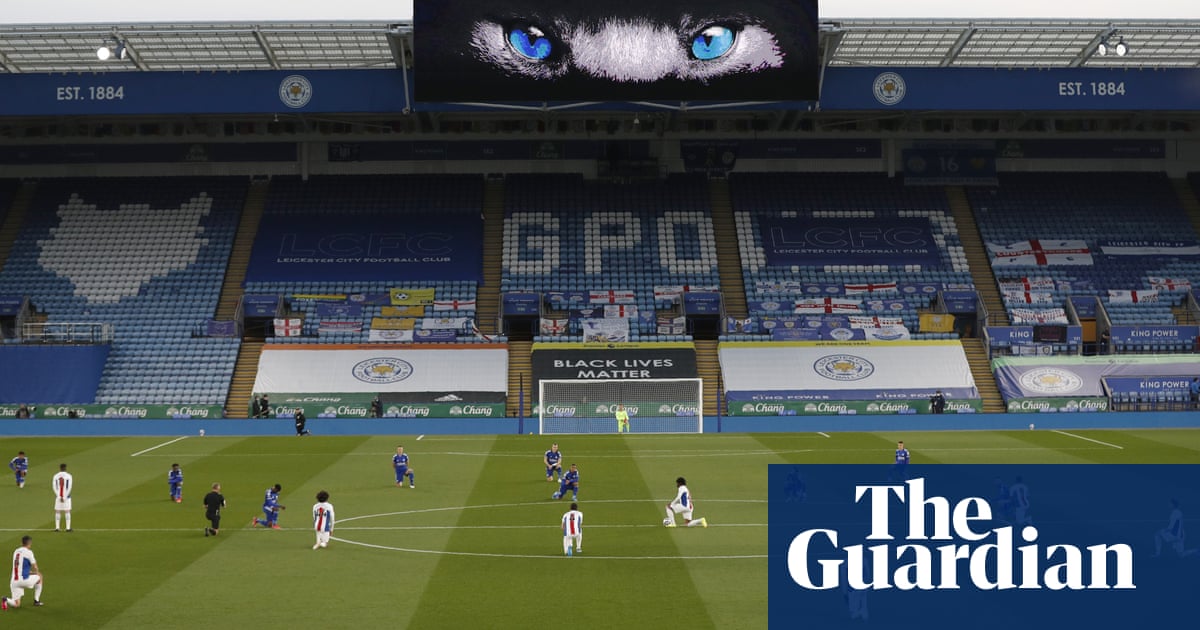 Fans who engage in racist abuse, or other forms of discriminatory behaviour, will be banned from all Premier League grounds under measures announced ahead of the new season.

Supporters are set for a full return to stadiums this weekend, as the English top flight returns. But the sentiment that “football is nothing without the fans” has been matched by a determination, led by players, to stamp out discrimination that persists both online and on the terraces.

The league confirmed that new sanctions are to be added to their “No Room for Racism” strategy, joining up punishments that were formerly administered only by individual clubs. It accompanies an increased focus on identifying abusive behaviour, both in the stands and through the league’s online discriminatory abuse reporting system.

Punishments will be accompanied by new educational efforts: matchday stewards will be trained to identify discriminatory behaviour while a video asking supporters not to boo the taking of the knee before matches this season is to be released this week. Last week the players renewed their commitment to the protest with the league “wholeheartedly supporting” the move.

The developments came as Twitter announced the results of its own analysis into the online abuse directed at England players during the Euros. The social media platform said it had removed 1,622 messages containing racist language from its platform in the 24 hours during and after the final between England and Italy. It also claimed that the greatest number of abusive messages came from the UK and that only 2% of the messages received more than 1,000 views by users.

Another claim made by Twitter was that 99% of the accounts suspended by the company for offensive content were publicly identifiable. One of the main demands from the football industry is for platforms to hold more identification information on their users, but Twitter said such figures showed “ID verification would have been unlikely to prevent the abuse from happening”. Twitter did not share information on the total number of accounts suspended, nor if any accounts were permanently removed.

The Premier League do not believe that attempts to drive racist abuse off platforms have reached an impasse and will continue to work with the social media companies over the forthcoming season.