Skip to content
Home » Raphael Varane: How have the eight stars to have played for Man United and Real Madrid fared? – Daily Mail

Raphael Varane: How have the eight stars to have played for Man United and Real Madrid fared? – Daily Mail

Raphael Varane is set to become the ninth footballer to play for both Manchester United and Real Madrid ahead of his impending £42million move to the Premier League.

The 28-year-old effectively confirmed the move at the end of last week after posting a farewell message to LaLiga giants Madrid on his Instagram, and addressed his colleagues to thank them for 10 ‘amazing’ years at the club.

The France World Cup winner has been a long-term target for the Old Trafford club and will now join some illustrious names to have represented the Spanish capital side and the Manchester outfit. 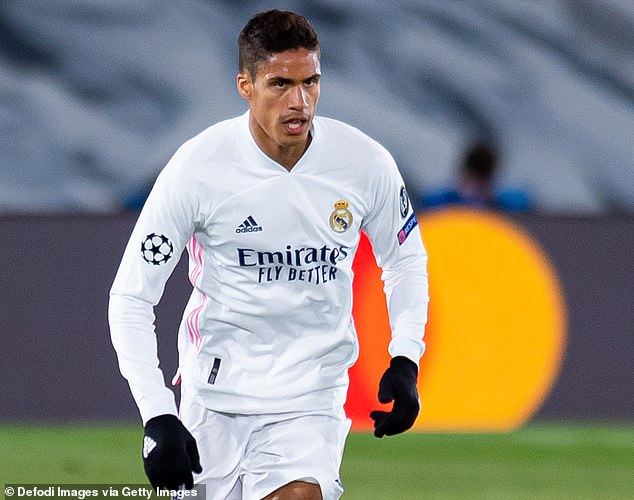 The centre-back has won three LaLiga titles and four Champions League crowns but now joins a list of stars to have won plenty of silverware in the Premier League and in Spain.

Cristiano Ronaldo and David Beckham are among the more high-profile household names to feature, but not all have succeeded at both clubs to the extent of the Portuguese in particular.

Here, Sportsmail assesses the previous eight stars to have represented United and Madrid and rates their respective stints at the European giants out of 10…

Where else can you really begin than the Portuguese machine, who became a global star in Manchester and then became recognised as one of the game’s greatest players while in Madrid?

Under Sir Alex Ferguson, Ronaldo turned from a boy with highlights in his hair to one of the most feared players on the planet, scoring 118 goals in 292 appearances across six seasons.

Three Premier League titles and the 2008 Champions League crown is nothing to scoff at, but compares unfavourably to the four European crowns and two LaLiga titles he would win in Spain. 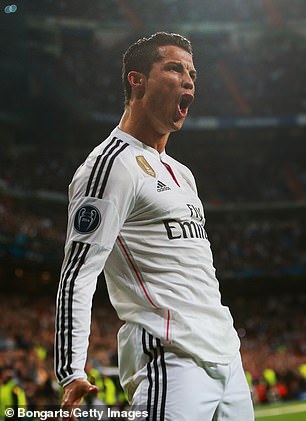 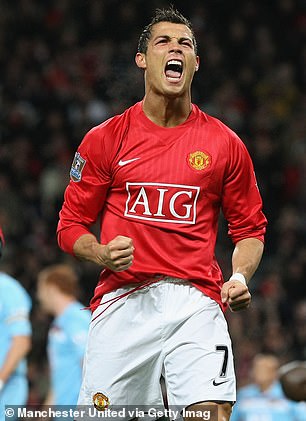 A previous world-record fee of £80m was paid to United by Madrid in 2009 to bring Ronaldo to Spain, and his regular tussles with Lionel Messi for the Pichichi saw him net an incredible 450 goals in 438 games.

The greatest success story to link both United and Los Blancos, Ronaldo will be remembered as a legend at both clubs and a star who elevated two enormous European names to even greater heights.

Injuries looked to have marred what could have been an excellent Premier League and LaLiga career for the Argentine.

There were promising signs for Heinze after he had joined from Paris Saint-Germain in 2004, being voted the club’s Player of the Season at the end of his debut campaign.

But an injury in September 2005 – limiting him to just six appearances that season – along with the signing of Patrice Evra the following summer saw Heinze lose his place in the left-back role. 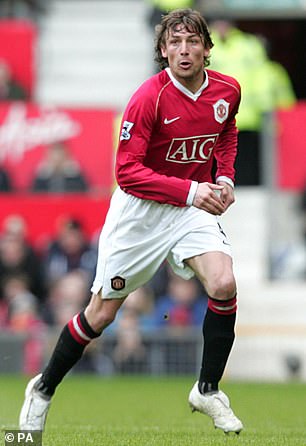 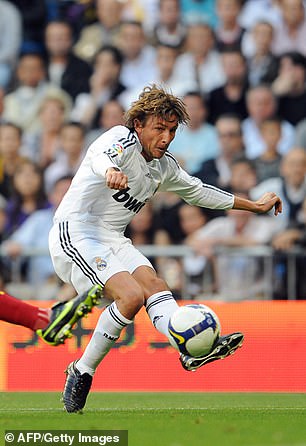 He was drafted in at centre-back by Sir Alex Ferguson due to an injury crisis once he had returned but a lack of regular first-team action saw him demand a transfer to arch rivals Liverpool, actions that Heinze later stated he regretted.

That ended his working relationship with the Scot, who refused to let him move to Merseyside, but an £8m move to Madrid soon appeared as an alternative solution in 2007.

But further injuries and some poor form meant he never truly established himself in Spain despite making 60 appearances for them, with a move to Marseille transpiring in the summer of 2009.

Heinze’s compatriot Di Maria is only one of two players prior to Varane to have swapped Madrid for the red half of Manchester.

The French defender however will hope that his time at Old Trafford proves to be exponentially more successful than the Argentina star.

There were high hopes that the current PSG winger could propel United to another level alongside the likes of Radamel Falcao after what had been an exceptional four years in Spain’s capital. 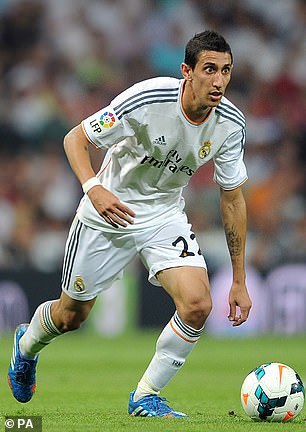 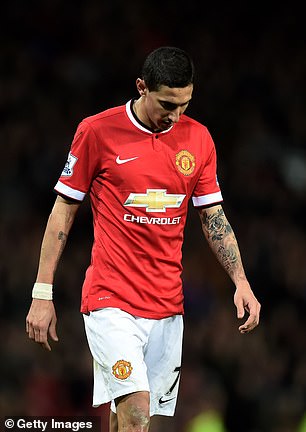 He proved to be a constant menace under Jose Mourinho in their 2010-11 LaLiga win and delivered a stunning performance in the 2014 Champions League final against rivals Atletico.

But it was a completely different story for Di Maria in Manchester, encountering problems with Louis van Gaal and the positions he would deploy him in, as well as failing to acclimatise to English football and developing a love for the city.

After 37 goals in 194 games and six trophies with Madrid, the Argentine would go trophyless and score just 33 goals in 122 appearances for United prior to a move to PSG where he has once again discovered his magic.

Cunningham became the first British player ever to sign for Real Madrid in 1979 when he joined from West Brom for a reported 110m pesetas following a protracted period of negotiations.

Cunningham’s life in Madrid got off to a terrific start with the England international scoring twice on his Primera Division debut against Valencia in a 3-1 win for Los Blancos.

But having helped Madrid pip Real Sociedad to the title that season and drawn applause from Barcelona fans due to his impeccable display at Camp Nou, a series of injuries and questions surrounding his attitude saw him ultimately fail to fulfil his potential in Spain.

He was therefore loaned out to United, but his spell at Old Trafford reaped little reward.

The left winger made just five appearances at United, scoring just one goal and struggling to make his name in Manchester. Cunningham would later represent both Leicester and Wimbledon before sadly dying in a car crash aged 33. 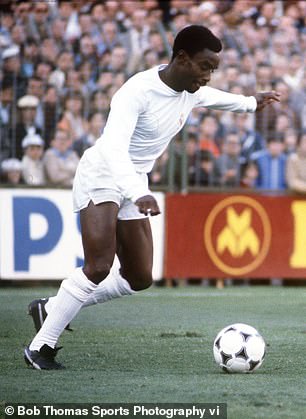 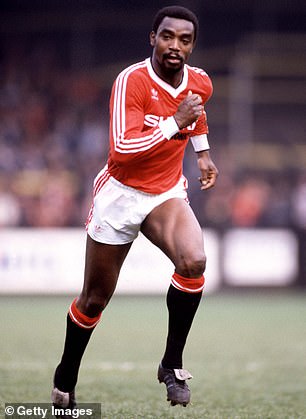 Van Nistelrooy remains a key part of United history, playing a fundamental role in their rivalry with Thierry Henry and Arsenal in the early 2000s.

But to limit the fan favourite at United to that description would be a disservice to the memorable goalscoring performances he delivered at United.

Van Nistelrooy scored 150 goals for United in 219 appearances, winning the Premier League Golden Boot in 2002/03 with 25 top-flight goals and 44 across all competitions. 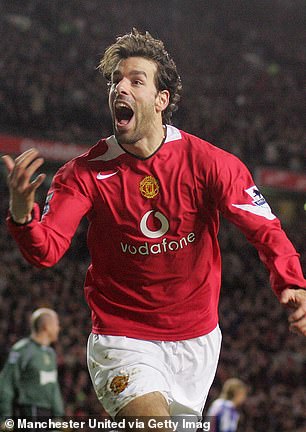 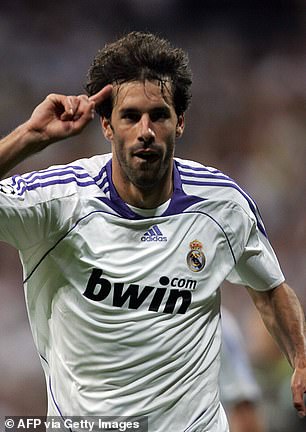 He would never match those numbers in Manchester again but scored at least 20 league goals in all but one of his seasons with the Red Devils prior to his move to Madrid in 2006.

He excelled there too with 64 goals in 96 games, but a serious meniscus injury in his right knee in 2008 halted what had been a successful stint at the Bernabeu up to that point.

With the likes of Karim Benzema brought in and injuries arising once he had made a long-awaited return in 2009, he was sold to the Bundesliga the following year, with Hamburg signing the now former Netherlands striker.

The former England star was a United academy product and enjoyed a trophy-laden spell at Old Trafford, including the treble winning-season of 1998-99 and no fewer than six Premier League titles.

But a falling out with Sir Alex Ferguson – which saw Beckham struck by a boot above his eye following an FA Cup defeat by Arsenal – accelerated a move to Real Madrid.

Florentino Perez was assembling a side of Galacticos including the likes of Zinedine Zidane and Luis Figo, and Beckham’s arrival saw him become the third Englishman to represent Los Blancos.

Beckham was a popular figure at the Bernabeu but could never quite shirk the image – much to his annoyance – that he had been brought in to sell shirts and had become the poster boy of the Galacticos brand after scoring just 20 goals in 155 games.

His spell at United however was ultimately more successful, winning 13 trophies altogether at Old Trafford compared to just two in Spain, but his legacy at both clubs lives on to this day. 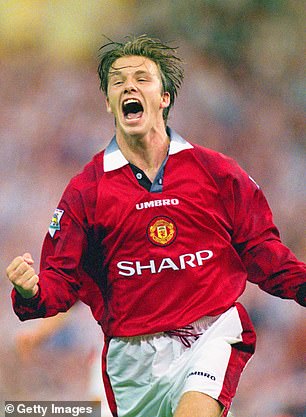 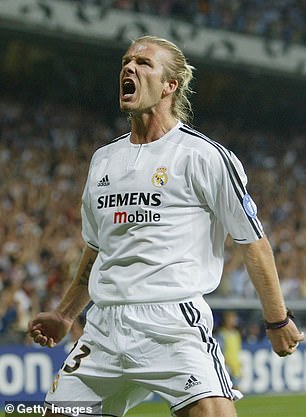 Michael Owen – despite his nationality – actually played for Real Madrid first before signing for United.

Having broken through and then excelled at Liverpool, Real Madrid splashed the cash to sign the former England striker in 2004.

But injuries would hamper his one and only season in Spain, although the ex-forward still managed 16 goals in 45 games for Los Blancos.

But after four years at Newcastle, he somewhat tarnished his Liverpool legacy by joining United as a free agent in 2009.

Recruited as an experienced head who would play a bit-part role at United, Owen would not take centre stage often but a winner in a 4-3 Manchester derby victory certainly proved to be a highlight.

However, his most memorable achievement came as he won the Premier League in 2010-11 at Old Trafford, a feat that had escaped him during his spell on Merseyside. 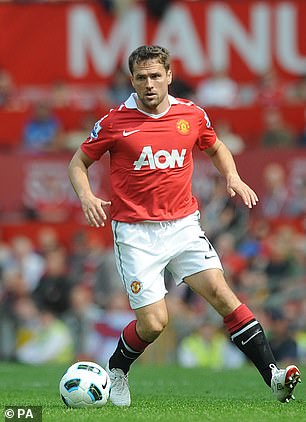 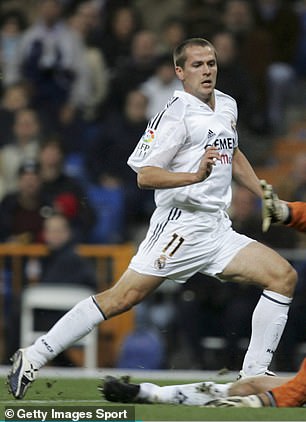 The Mexican super-sub was signed in 2010 by Sir Alex Ferguson and netted crucial goals against the likes of Chelsea and Liverpool under the Scot.

Despite his role of mostly coming off the bench, he reached double figures in all but one of his seasons under United’s most successful manager, including 20 in his debut season.

But once Ferguson had retired in 2013 and been replaced by David Moyes, Chicharito was not valued in the same way and soon fell down the pecking order.

Real Madrid therefore took a punt on him and brought him in on loan in the summer of 2014, and while once more he was confined to a sporadic role in the team, he scored more important goals. 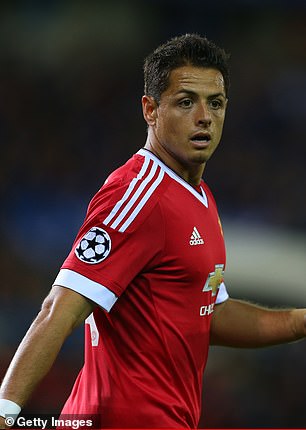 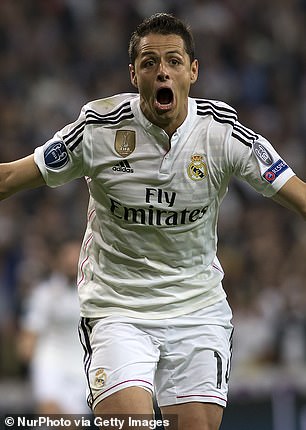 The most notable of these was the winner against Atletico Madrid in April 2015 to send Real through to the semi-finals of the Champions League, but his performances did not convince Los Blancos to sign him permanently.

Instead, Hernandez’s next port of call was Bayer Leverkusen, who he joined in the summer of 2015 prior to spells at West Ham, Sevilla and now LA Galaxy in the MLS.