Raphael Varane has thanks Manchester United supporters for their warm reception at Old Trafford as the Frenchman got to work following his £42million switch from Real Madrid.

The 28-year-old completed his move from Spain to England this week, signing a four-year deal as Ole Gunnar Solskjaer finally landed his long-sought elite defender to partner with Harry Maguire.

And United supporters produced a superb welcome for their new defender at Old Trafford on Saturday, with the Frenchman unveiled holding his No 19 shirt before the fans ahead of United’s season opener against Leeds. 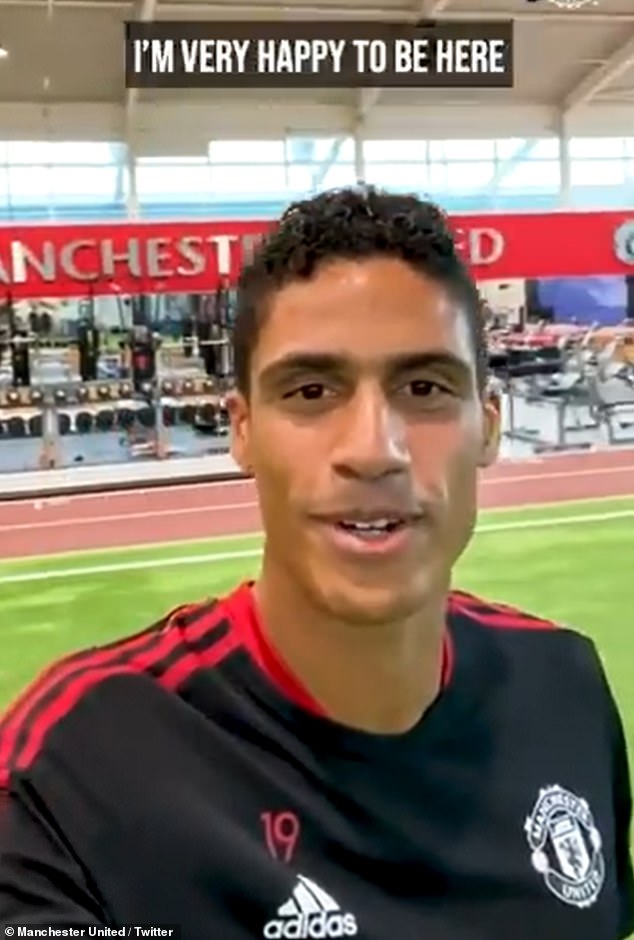 Bruno Fernandes scored a hat trick as United got off to a flyer with a 5-1 win over their rivals to round off a fine day as the Red Devils look to close the gap on Manchester City.

Varane has addressed United fans to thank them for their ovation, revealing he is ‘very excited to be here’ and ‘ready to work hard’.

‘Hi everyone, I am very excited to be here,’ he said via the club’s official Twitter account. ‘Thanks for the atmosphere at Old Trafford, thank you very much.

‘I am very happy to be here and I am ready to work hard.’ 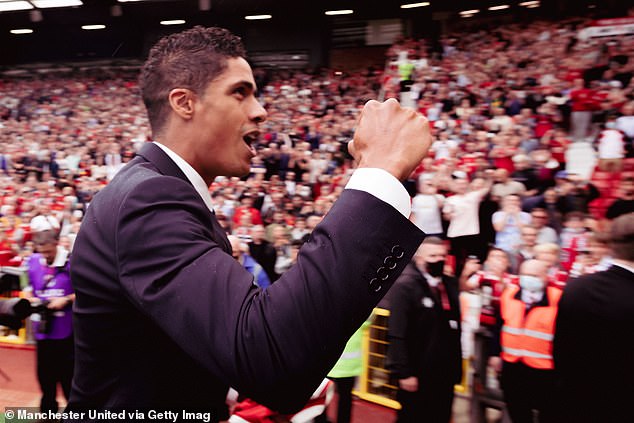 The 28-year-old is expected to help shore up United’s defence that has been prone to error in recent seasons, often to the detriment of Solskjaer’s tilts at silverware.

Defensive errors resulted in the club’s group stage exit from the Champions League, while they fell short in the Europa League in back-to-back seasons.

Speaking on BT Sport, Ferdinand said: ‘He’s played in 14 finals and won 14, so he knows exactly what he’s doing. It’s a big thing for Man United getting into situations when they’re under pressure, they can look to this type of leader.’ 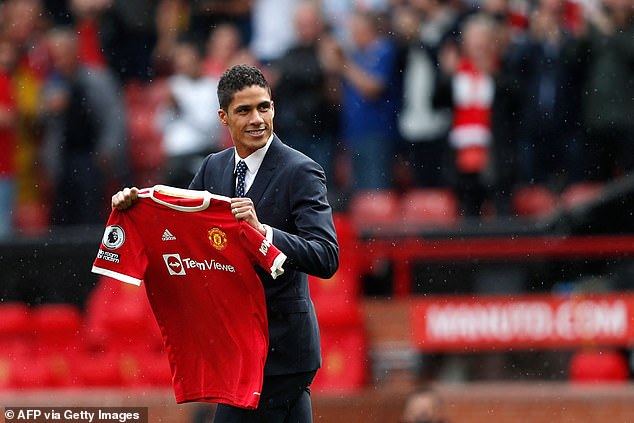 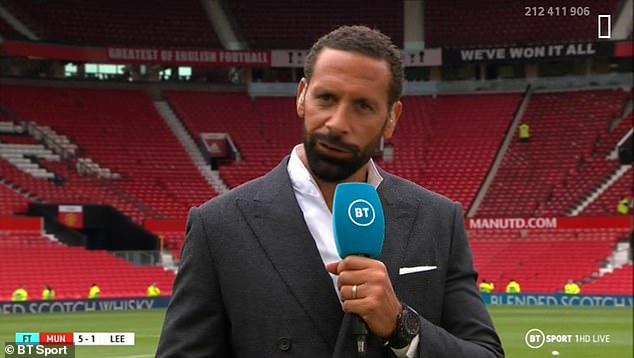 At the age of 28, Varane is vastly experienced and has won the World Cup with France as well as four Champions Leagues with Real Madrid.

Varane will wear the unfamiliar No 19 shirt for United, with the No 4 shirt currently occupied by Phil Jones, who turned a deaf ear to requests to give up the number.

Varane asked United for No 4 – which he also wears for France – as their negotiations reached the late stages, but Jones flat-out refused, according to MEN. 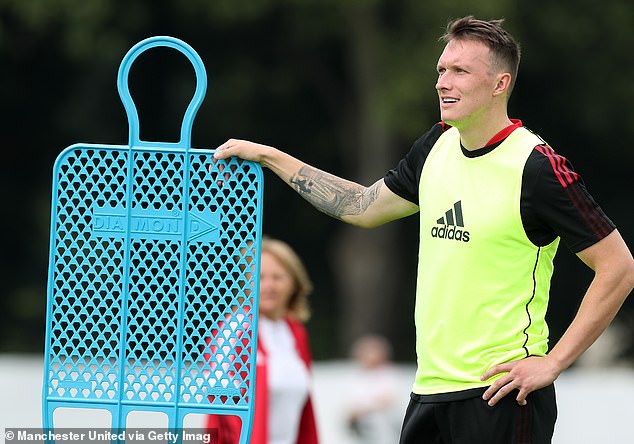 Jones has held the No 4, formerly worn by Steve Bruce, since arriving from Blackburn in 2011, but the 29-year-old hasn’t played for United in more than 18 months.

He will likely inherit Jones’ shirt when United eventually managed to shift the fallen star Sir Alex Ferguson once said ‘could be our greatest player ever.’

The World Cup winner also wore 19 on his back during his first season with Real Madrid in 2011 as a young talent, having joined from Lens despite interest from United boss Ferguson.