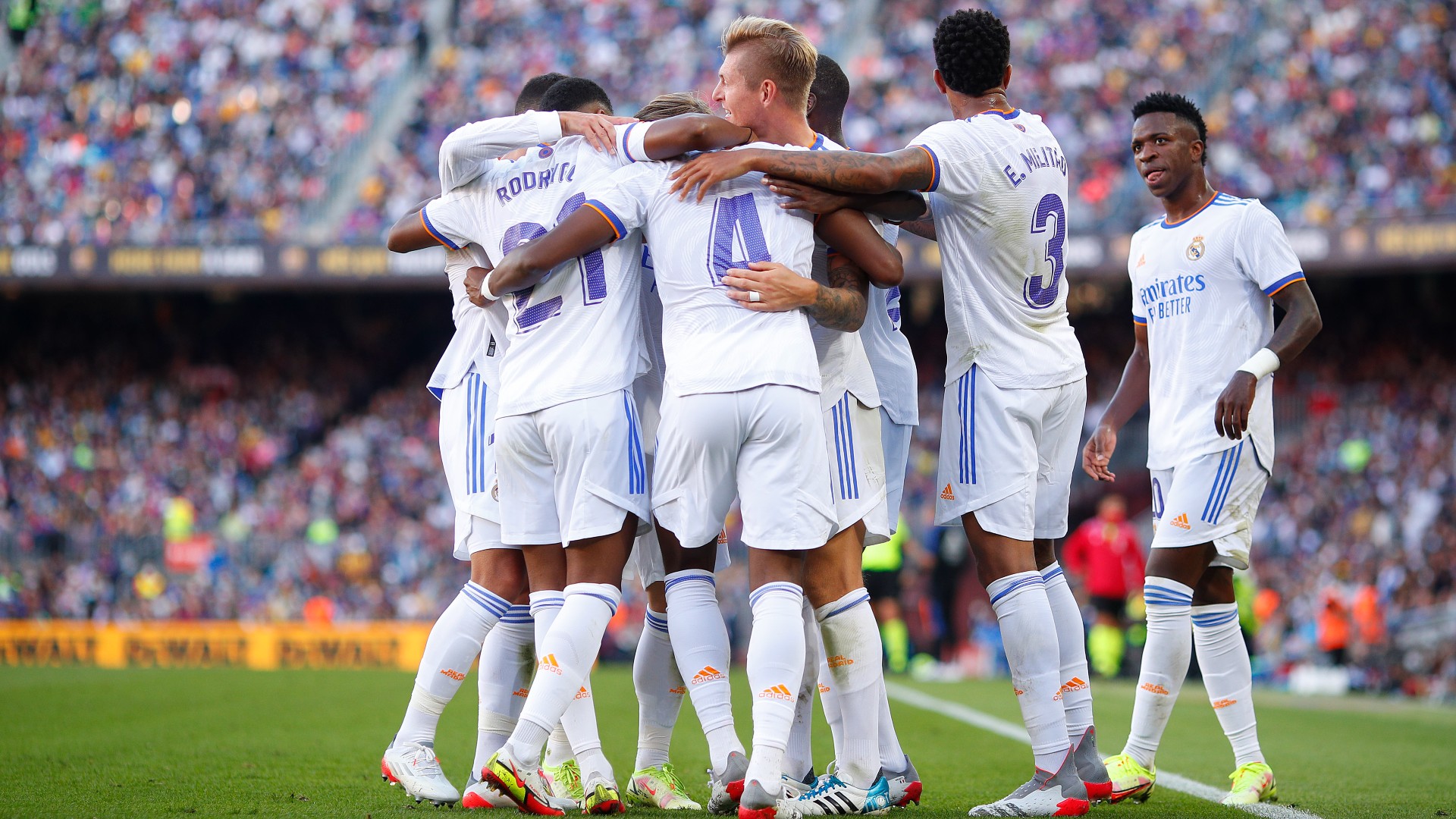 Real Madrid are on their best run in El Clasico for 56 years after they edged out Barcelona during a frantic injury-time finish in La Liga at Camp Nou on Sunday.

Los Blancos saw off the Blaugrana thanks to David Alaba’s first goal for the club, plus a finish for Lucas Vazquez late in the game, before Sergio Aguero nabbed a 97th-minute consolation.

The result moved Carlo Ancelotti’s side back to the summit of La Liga and set records on both sides of the divide for each club.

What have Madrid achieved?

In notching up another win, the visitors have now recorded four consecutive victories in their storied fixture with Barca, to back up a run stretching into the first half of 2020.

On that occasion, second-half finishes for Vinicius Jr and Mariano Diaz handed Los Blancos a late win at home in March in La Liga, following a 0-0 reverse earlier in the campaign.

Amid the 2020-21 season, Madrid then recorded a 3-1 triumph away from home before a 2-1 win at Santiago Bernabeu to make it three on the trot – and with Sunday’s 2-1 win, have now moved that streak up to a quartet of victories.

On the other side of the tie however, the Blaugrana’s under-fire coach has notched another stat he would have rather avoided.

In losing once more against Madrid, the Dutchman has become only the second manager to lose his first three Clasico games in charge – and the first person to do so since 1940.

Only Patrick O’Connell, who led the club between 1935 and 1940, has the same distinction of failing to notch a victory in his first three attempts.