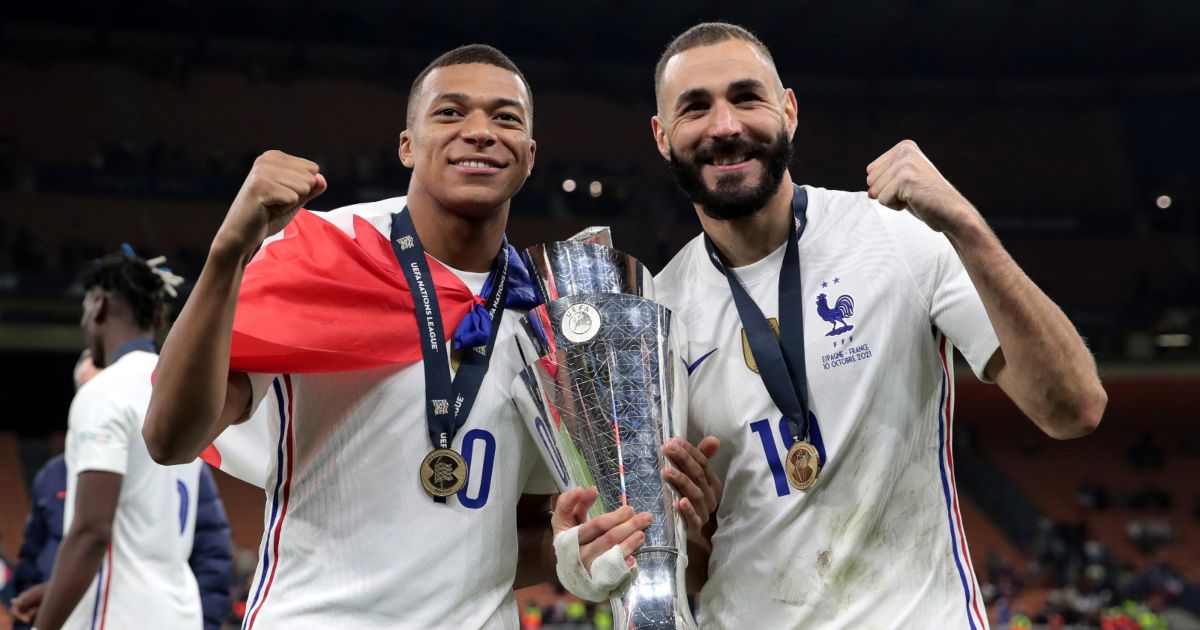 Real Madrid are reportedly ready to reignite their interest in Manchester United midfielder Paul Pogba in an attempt to convince Kylian Mbappe to join.

Los Blancos and Juventus have been heavily linked with Pogba on and off for two or three years with the France international’s agent Mino Raiola consistently stoking the rumours.

Pogba risked annoying frustrated Man Utd fans last week when he refused to rule out a move to Juventus while on international duty.

He told reporters while on international duty: “I like Torino [laughs]!

“I always speak with former Juve team-mates like [Paulo] Dybala. I’m in Manchester now, I’m under contract until June.

“Then let’s see. I want to complete this season at my best level, then we will see.”

The 28-year-old is out of contract in the summer and there is no sign of him agreeing a new deal at Old Trafford with little news from either party.

And Spanish publication AS claim that Real Madrid have ‘reactivated’ their interest in Pogba and see him as a ‘fantastic market opportunity’ this summer.

It is understood that his strong performances in France’s Nations League triumph have seen Pogba return to Real Madrid’s ‘radar with force’.

Pogba’s current wages could ‘fit in the salary scale of Real Madrid’ and ‘without breaking the locker room’ at the Bernabeu.

The Spanish side are hoping the signing of Pogha would ‘help convince his friend Mbappe’ to sign while ‘if the current Manchester United player sees that the arrival of his compatriot from PSG is imminent, that may tip the balance on the Madrid side’.

Karim Benzema – who has ‘taken on more and more weight in the white wardrobe and would cause his adaptation to be immediate’ – could also help persuade Mbappe and Pogba to play in Madrid.

“This has been a problem for many, many years trying to get the best out of players like Paul Pogba,” Owen told BT Sport.

“I actually think that Ole knows his best team in certain games and I think he’s got two different teams for different scenarios and he’s not the only manager to do that.

“Sir Alex Ferguson done the exact same, a tough European game all of a sudden Park Ji-Sung would play, Darren Fletcher, Wayne Rooney would be pushed out on the left so it depends who they play against.

“If Ole Gunnar Solskjaer has less respect for the team he’s playing against I think Paul Pogba plays central with one sitting midfielder and he’s braver.

“As soon as they play someone really difficult, they play a McTominay, Fred or someone of alike, and he gets pushed out to the left so I think that is consistent you know when he’s respecting a team or not because that’s exactly what happens every time.”