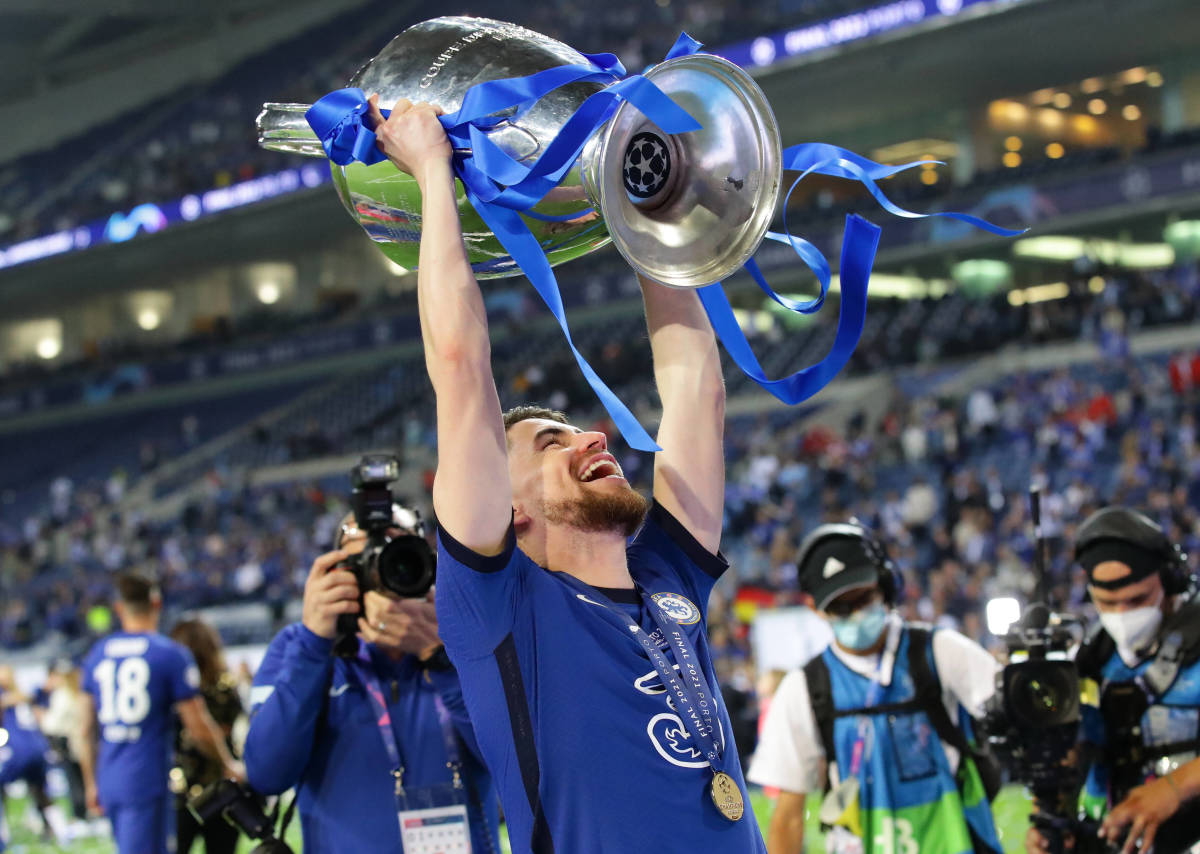 Chelsea midfielder Jorginho is set to win another trophy this season as he is to be elected as UEFA Men’s Player of the Year, according to reports.

As per Tutto Mercato Web, Jorginho is set to be crowned the UEFA Men’s Player of the Year in Istanbul tomorrow.

The Italian maestro claimed all of UEFA’s trophies on offer after lifting the Champions League and Super Cup with Chelsea either side of a Euro 2020 victory with his national side.

The Italian has been hotly tipped for another individual award in the Ballon d’Or by former Chelsea manager’s Maurizio Sarri and Antonio Conte and could see himself collect the award after claiming the UEFA Men’s Player of the Year.

After completing a European treble and being instrumental in each campaign it is hard to argue that Jorginho does not deserve the individual recognition.

Kante was also instrumental for Chelsea, but his France side bowed out of the European Championships at the hands of Switzerland in the Round of 16.

De Bruyne showed fine form also, helping Manchester City reach the final of the Champions League, where they were beaten by Chelsea. However, his Belgium side lost in the quarter final stages of Euro 2020 to Jorginho’s Italy.

Thomas Tuchel has been tipped to win UEFA Men’s Coach of the Year as he revitalised the Chelsea squad and got Jorginho playing his best football, but the German faces competition from Jorginho’s national team manager Roberto Mancini.