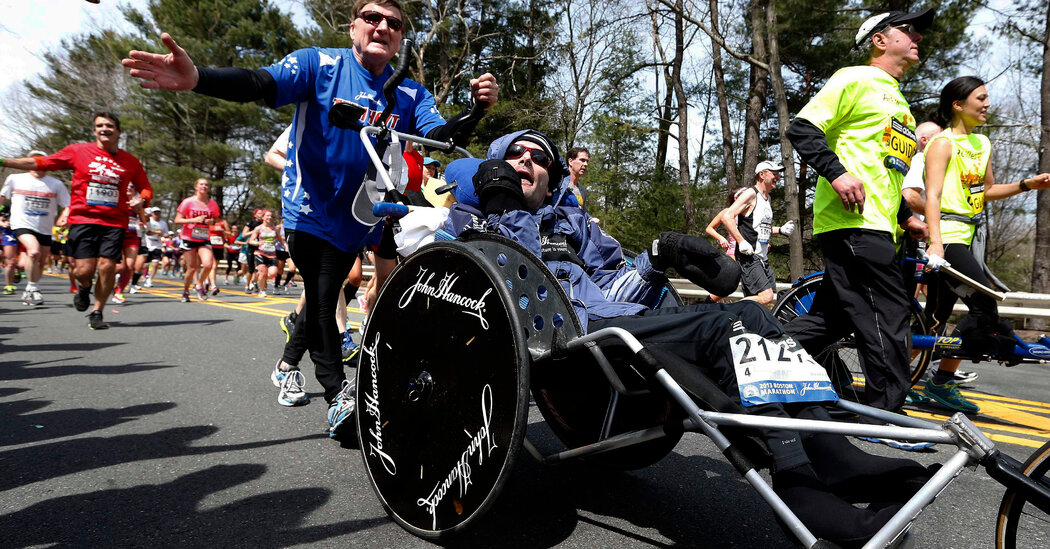 If there has been one iconic image at the Boston Marathon over the years, it was Dick Hoyt pushing his son Rick in a wheelchair along the course route.

Rick Hoyt, a quadriplegic with cerebral palsy, is passionate about sports, and the father and son completed more than 1,000 races, including the Boston Marathon nearly every year from 1980 to 2014.

“When my dad and I are out there on a run, a special bond forms between us,” Rick Hoyt told The New York Times in 2009 with the help of a computer voice program.

After his father’s retirement from racing, Rick continued to compete by being pushed by others. Dick Hoyt died in March at 80.

Now Rick, 59, has announced his retirement as well. Family members told The MetroWest Daily News that he now lives in an assisted living facility and cannot leave for long enough to travel to the marathon and complete it. Rick said in a recorded statement to The Boston Globe that he has had repeated episodes of pneumonia. “I will run shorter races when appropriate,” he said.

Troy Hoyt, a grandson of Dick and nephew of Rick, ran the marathon on Monday in honor of his late grandfather. His father, Russell Hoyt, was the official starter of the hand cycle and duo participant race.

Marathon organizers will present an award in honor of Dick and Rick Hoyt this year to “someone who exhibits the spirit of Team Hoyt’s legacy.” There is also a bronze statue of the pair near the starting line of the Boston Marathon. “Yes You Can!” the plaque reads.