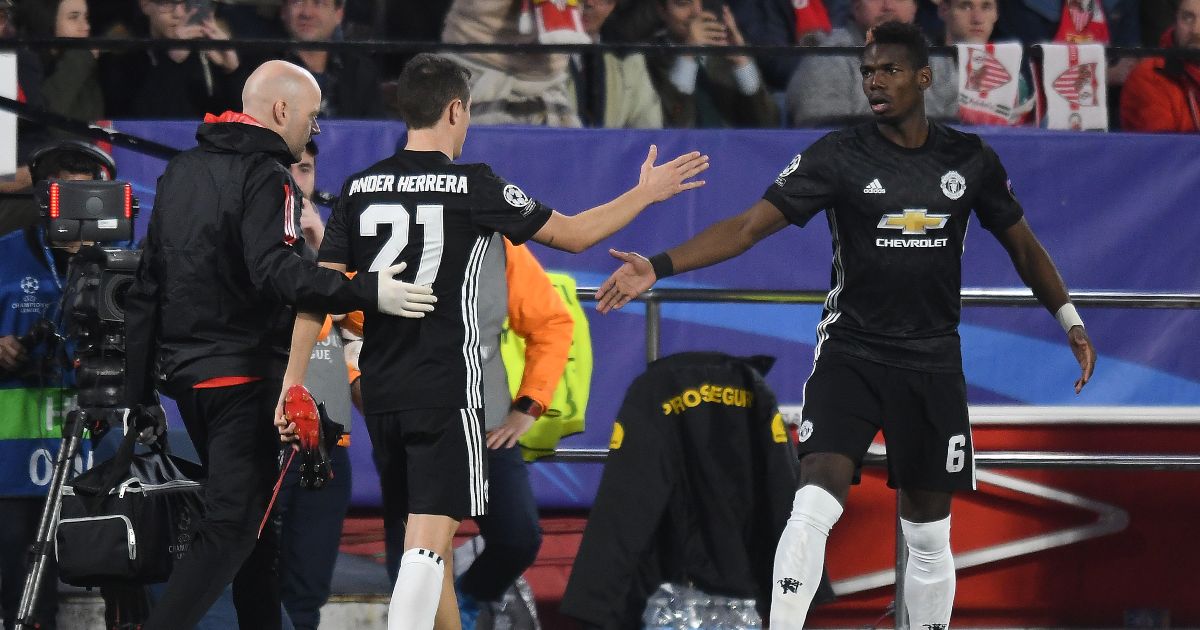 Paris Saint-Germain will have to sell some players this summer before they can seal a deal for Man Utd midfielder Paul Pogba, according to reports.

Pogba only has 12 months left on his deal at Man Utd with speculation French giants PSG could be interested in him.

The Red Devils are currently trying to tie Pogba down to fresh terms but there are constant rumours he could leave the club this summer.

Ten of the best transfers that were years in the making

However, one report earlier this month claimed the Man Utd board of directors are ‘split’ over what to do about Pogba, with the midfielder demanding £400,000-a-week in wages.

They are split down the middle, with half wanting a new contract for the influential star and the other half keen to engineer an exit, amid interest from PSG.

PSG have already brought in Georginio Wijnaldum, Sergio Ramos and Gianluigi Donnarumma on free transfers this summer, while Achraf Hakimi has joined from Inter Milan for €60m.

L’Equipe (via Get French Football News) claims that PSG ‘need to sell a sizeable chunk of their squad if they want to finance further signings’.

PSG need to recoup €180m in fees for as they look to cut their squad from 40 to 25 to please ‘France’s famously strict financial watchdog the DNCG’.

The Ligue club now ‘rely on sporting director Leonardo’s ability to sell players quickly and efficiently’ if they are to secure a deal for Pogba, with the report adding that Pogba will be available for €50m.

L’Equipe claim that former Man Utd midfielder Ander Herrera is among those PSG are looking to sell, while sales of Sergio Rico, Alphonse Areola, Rafinha, Layvin Kurzawa, Thilo Kehrer and Pablo Sarabia could all ‘help pay’ for Pogba.

Meanwhile, Pogba recently admitted that he is allowed to play with more “freedom” for France than at club level with Man Utd.

Pogba told L’Equipe: “It’s true that at Juve it was different from Manchester United.

“We were already playing with three midfielders [at Juve], in 5-3-2. I had the freedom, I had to be in the box, to attack. It was an obligation. In Manchester, I have the freedom to go into the box, but the priority is to play and defend.”

When asked about what it’s like playing for France, Pogba added: “We play in 4-2-3-1, also a diamond. I am a little more in the transmission, in the construction. But I have more freedom than in Manchester to enter the box, to make runs forwards.

“At the same time, when you have Griezmann, Kylian, you don’t want to enter their spaces, you don’t need to.”

Pogba said he would like to play more offensively for Man Utd but stressed the importance of the team over any individual.

The France midfielder continued: “…I would like to play more offensive [laughs]. To score fifteen goals per season is what I would like.

“But Patrick said it, we must put ourselves at the service of the collective. In Manchester, as in blue, the collective will always come before the player.”