Ramos, 35, was heavily linked with the French giants for weeks and it was only a matter of time before an official announcement was made.

PSG announced their new signing on their website as they stated Ramos had signed a deal to stay with the club until 2023.

The Spaniard, who was not handed a contract extension at Real Madrid, is set to be an integral part of Mauricio Pochettino’s side after PSG’s disappointing campaign last season. 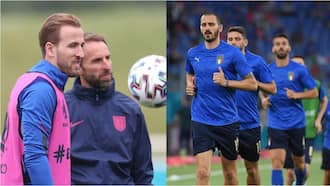 Not only did the French giants miss out on the Ligue 1, but they were also crashed out of the Champions League by Manchester City.

“The best place to keep on dreaming, the best club to keep on winning. We’re going to fight with everything we have for everything.”

Ramos arrived in Paris on Wednesday, July 7 accompanied by a 13-person entourage which included his family.

PSG chairman and chief executive Nasser Al-Khelaifi welcomed Ramos’s move to the French capital, saying the club had acquired “one of the best players of this era”.

“Sergio is a complete footballer, one of the best defenders in the history of the game. He is a born competitor, a leader and a true professional. His vast experience and ambition is in perfect synergy with those of the club,” he said as quoted by Sky Sport. 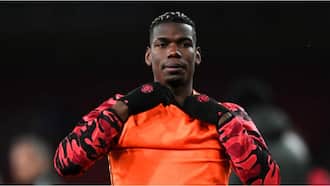 The 2010 world cup winner endured a difficult last few months at Real Madrid where he was plagued by consistent injuries.

In his final press conference, the defender admitted he wanted to stay with Real Madrid but the club decided to withdraw a one-year contract offer by claiming it had expired.

He was reportedly offered a 10% reduction on his previous salary but held out the deal as he was expecting a two-year contract, something which he has found at PSG.

PSG bolstering their squad for the new season

Ramos becomes PSG’s latest signing and the French giants are showing a lot of intent in bolstering their squad ahead of the new season.

PSG have already acquired Georgino Wijnaldum from Liverpool as well as Achraf Hakimi from Inter Milan, with Ramos being the latest high profile addition to the side.