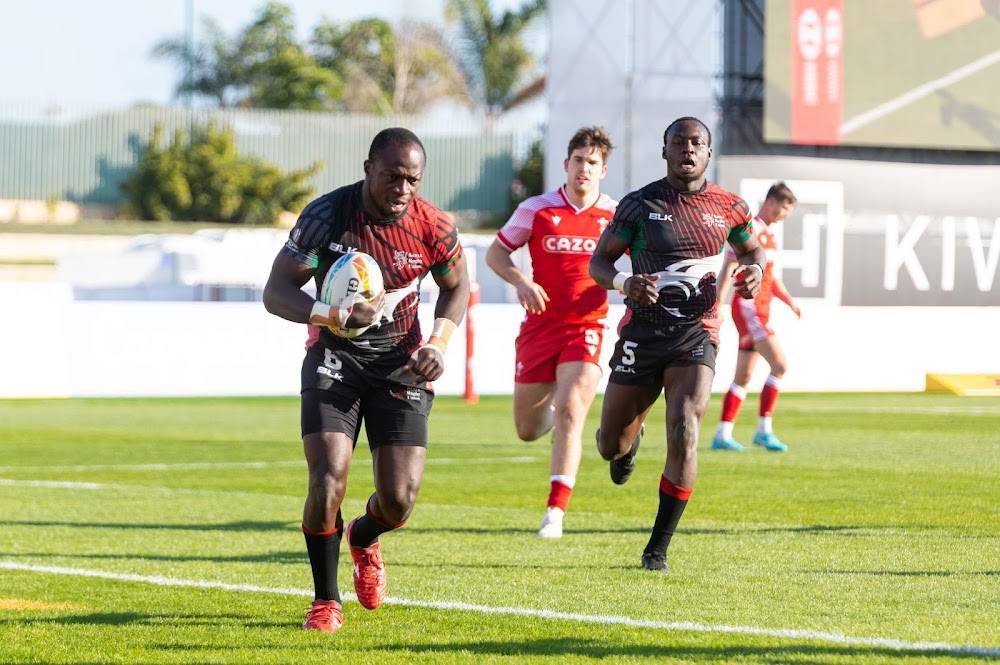 The Kenya national rugby sevens team, Shujaa, bowed out of the World Cup round of 16 after crushing 22-7 to Argentina in Cape Town, South Africa on Friday.

Argentina took a commanding 15-0 lead at the break in the action-packed thriller at the Cape Town Stadium.

The Kenyan lads emerged from the tunnel determined to change the tide and it wasn’t long before Vincent Onyala grounded the ball over the Argentine’s goal-line for Shujaa’s first try.

Sammy Oliech then converted to keep the scores at 15-7 but a converted try after Oliech was binned daunted Shujaa’s resolve.

Kenya had earlier thrashed Tonga 19-0 to secure a berth in the round of 16.

Against Tonga, Sammy Oliech converted tries from Willy Ambaka and Nelson Oyoo to fire Shujaa into a 14-0 lead at the breather.

Vincent Onyala’s late effort in the second half then ensured a clash against Argentina.

Kenya will now face Scotland in the Challenge Trophy Quarters at 1.37 pm EAT on Saturday 10 September 2022.