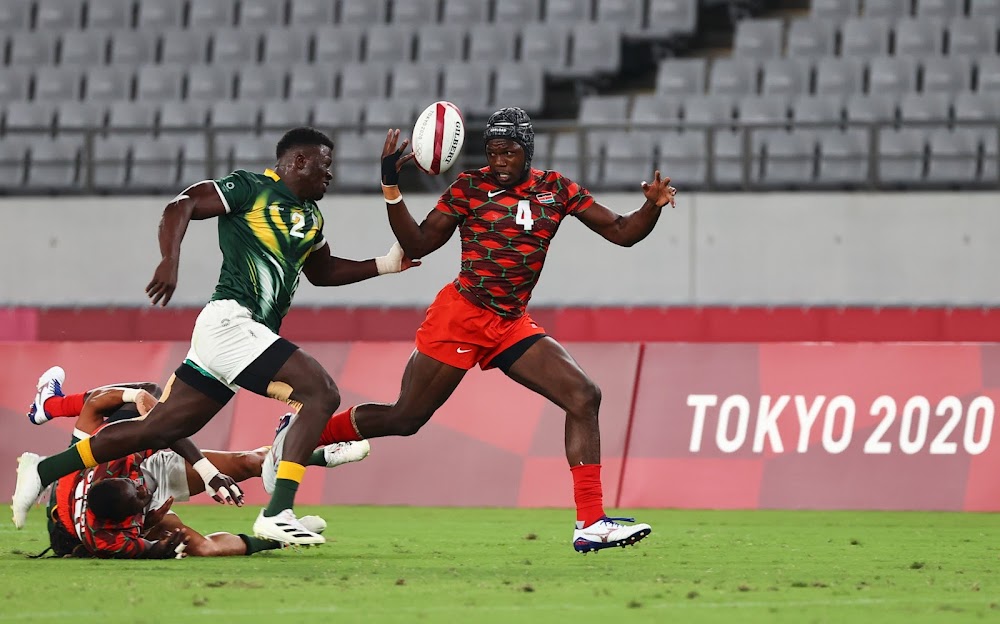 National rugby Sevens head coach Innocent Simiyu believes Kenya would have won their two games in Pool C at the Tokyo Olympics if they worked better on their ball retention.

Shujaa lost 19-14 to USA in a dawn encounter before going down 14-5 to South Africa in their next match.

Simiyu said Shujaa have proven themselves capable of competing the world’s best and can do better with a little bit of tweaks to their system.

“Overall, the performance was great but we are still falling short in certain areas, especially in ball retention, which is a key aspect of the game. So we need to improve on this to reach the standard required and hopefully score many more tries. Our target as per now is score at least two tries per half,” Simiyu said.

The Springboks began on the front foot, pinning Shujaa in their own half and it was not long before their efforts were rewarded through quick tries by Selvyn Davids and skipper Siviwe Soyizwapi.

From then on, it was all Kenya as they tried to penetrate their African neighbours’ backline but for costly ball retention errors.

Despite camping in the Springboks’ half for the entire second half, there would be no more addition to the scoreline as South Africa held on for a win by constantly kicking the ball into touch.

Simiyu added that the 2016 Rio Olympics bronze medalists were only concerned with securing their quarterfinal berth hence their tactics to run down the clock.

“I think it is because they needed to qualify and when it reaches at some point of the game when the clock is running down, you have to manage the game. I think for them it was just a matter of managing the game since they were a score up and we needed to score. And even for us, we need to win our next game in order to qualify,” he said.

South Africa’s Soyizwapi admitted Kenya had given them a stern test and disrupted their gameplan.

“It was a battle between two, physical African nations. They (Kenya) are a physical side and we expected them to bring it to us. We are happy to have gotten over the line because we didn’t really play the way we wanted to,” Soyizwapi said.

He added: “In the second half, we needed to regather and come together because we were all over the place, losing a lot of balls. So, kicking it to the corner allowed us to recollect ourselves.”