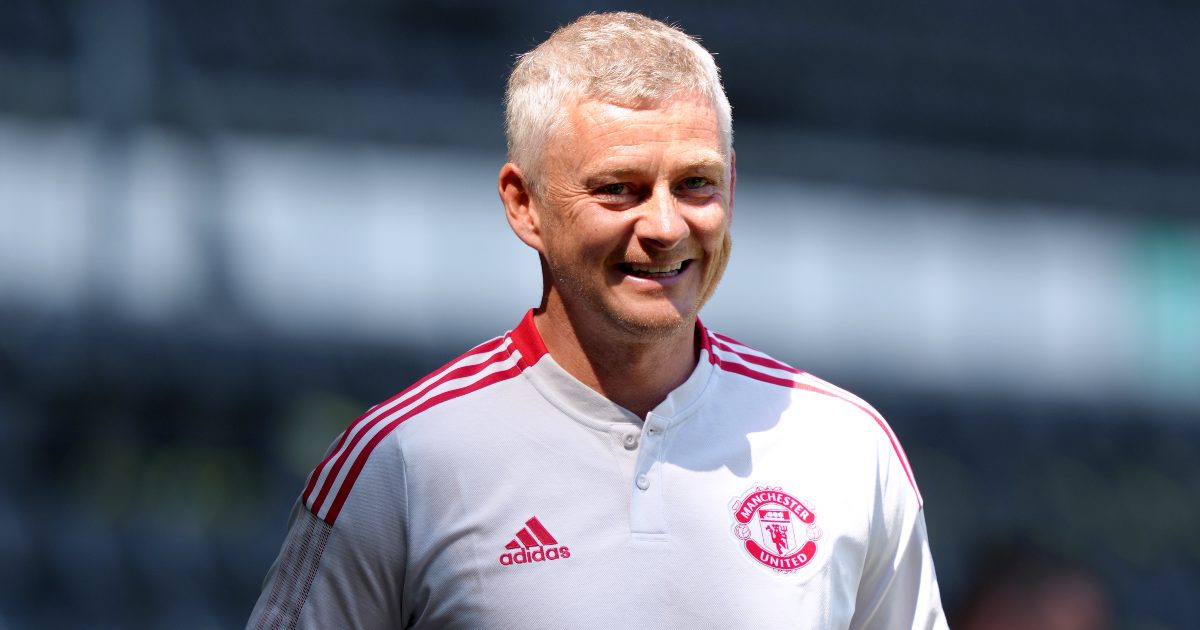 Ole Gunnar Solskjaer admits he is in two minds over whether to allow Anthony Elanga to leave on loan.

The 19-year-old came on at half-time in United’s 4-2 defeat at Queens Park Rangers on Saturday and scored impressively.

Elanga started the final Premier League game of last season, scoring at Wolves, having made his debut against Leicester in May.

MEDIAWATCH: Did we miss Varane and Trippier announcements?

And Solskjaer says he’s undecided as to whether Elanga should be sent out on loan or remain with United ahead of the coming season.

“It would be easy to say the boy should go on loan but he’s doing so well,” Solskjsaer said. “He’s electric, his pace, his skill, he’s not afraid of anything, he’s got the courage and bravery of a Man United player.

“Today he created chances for others and for himself, he scored a goal with his most difficult opportunity, I wouldn’t be surprised if he’s going to be staying here.

“It depends, of course, we know it’s important for him to develop and get game-time but he’s one of them we’ve not really decided. Because if he keeps on like he is I might want to keep him.”

But the Sweden youth international may struggle for game time this season following the £73milion signing of Jadon Sancho from Borussia Dortmund.

When asked if he was excited to welcome Sancho, Solskjaer replied: “Very much so. He’s such a talented boy. As it’s been known all over the world, we’ve followed Jadon for a long, long time. He’s a player that we’ve targeted and we think his qualities will fit right in here at Man United.”

On how he will improve the squad, Solskjaer said: “He’s such a creative, positive winger and forward player. He can play wide, nip into the pockets and he excites the fans. He takes people on one-against-one, he creates chances, he works hard and he loves football. And there is some untapped talent there I am sure, and coming into this environment will help him improve as well.”

On Sancho having the potential to get Man Utd fans off their seat, Solskjaer added: “Yes, we think so anyway – that’s why we’ve identified him. We’ve followed him and decided to go for him and finally we made the breakthrough and got the deal done. He’s got that DNA of exciting fans and entertaining and he’s also a winner.”