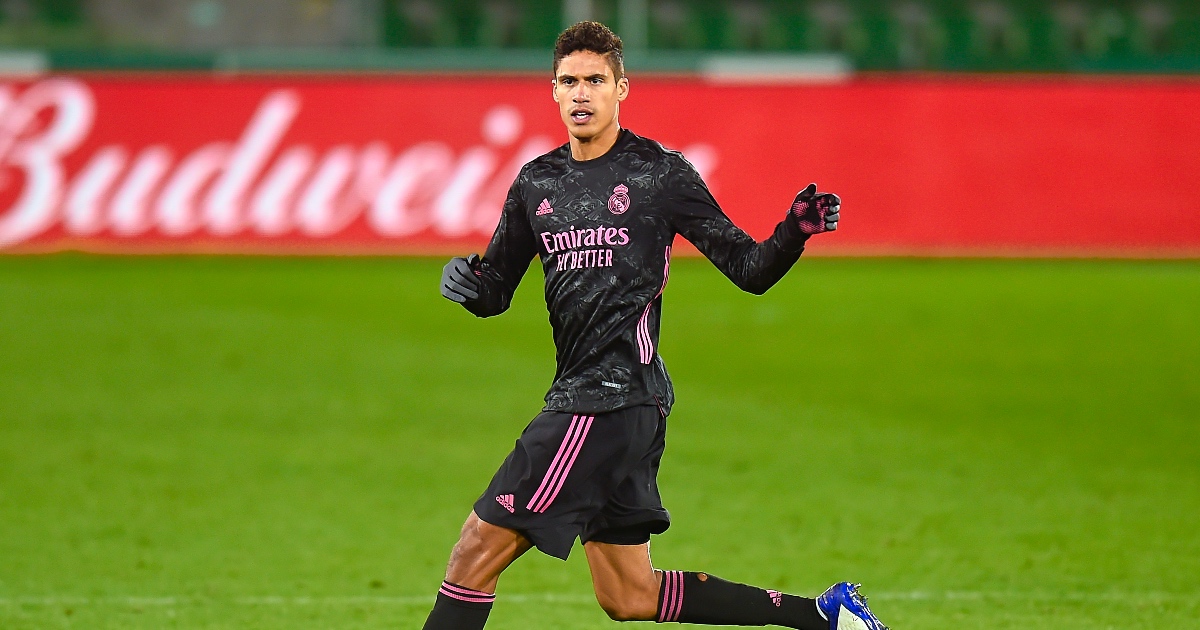 Manchester United manager Ole Gunnar Solskjaer has provided an update on the signing of Raphael Varane from Real Madrid.

The centre-back is close to agreeing a four-year deal at Old Trafford with the option of a further 12 months.

He will soon undergo a medical with the Premier League side before his transfer is completed.

United paid £73million for his services in July to end one of football’s longest transfer sagas.

When asked if their summer dealings had been pretty much perfect, Solskjaer told ESPN: “It depends on how you look at it.

“Of course, I would have liked to have had a few winners coming back [from Euro 2020 and Copa America], that would have been good.

“Transfer-wise, we’ve done our business early. [Varane] hasn’t done his medical yet, but that should be OK. I’m very pleased with what we’ve done.”

Speaking about the possibility of Varane and Sancho appearing against Leeds on August 14, he continued: “They still haven’t trained with us, and I need to see how they are.

“I can’t see them being available for Everton [a pre-season friendly this weekend], but hopefully they will be ready to be on the bench [against Leeds].”

The duo have been instrumental in signing two of the world’s best talents.

“John and Fletch are doing a very good job,” the Norwegian added.

“The whole system has worked. We’ve identified the players early on, and with Jadon, we spoke about him 12 months ago, at least. John and Fletch coming in has been a big plus.”

Trusted journalist Fabrizio Romano claims that Varane has landed in Manchester to complete his move.

It’s expected to cost United around £41m including add-ons. That represents a reasonable sum for one of the best central defenders in the world.

“Surely there will be matches in which he will suffer physical clashes, but he is now a player of great experience.

“I see him well paired with Maguire, they will form an excellent duo.”