Having played for the club for 11 years, Solskjaer, 48, returned as manager in December 2018. The Norwegian was a surprise choice to replace the sacked Jose Mourinho, with little experience outside his homeland. Aside from managing Molde, he had spent just nine unsuccessful months in charge of Cardiff City.

But Red Devils chiefs took a punt on their former striker and he remains at the helm. The ex-Norway international hitman has won 89 of his 161 games in charge.

But he is still searching for his first piece of silverware as a manager at Old Trafford. The north-west giants reached last season’s Europa League final only to lose to Villarreal on penalties.

They made a solid start to the current campaign but have hit the buffers over the past couple of weeks. And Blind, whose son Daley made 141 appearances for United before leaving in 2018, has not held back.

Six things the new owners need to do at Newcastle United

The 60-year-old clearly does not rate the current boss and questioned many aspects of his management style.

“What is the identity of this team? What is his plan? It is exactly that what is missing with Solskjaer,” he said, per The Mail. “There is not a tactical plan. His team are not able to put pressure on their opponents like Manchester City.

“It does not always have to be full pressing, but we don’t see any of it – everything in the United team is based on the individual qualities of players.

“They have those qualities and it often gets a result for the team. But it is never a team result. It has not been looking good in a number of matches. United struggle to be ­dominant – that is the whole problem.”

Solskjaer living off past glories

Solskjaer will always be remembered for scoring the winning goal when United won the Champions League in 1999. He scored 126 goals and won nine major trophies during his spell at the club.

And Blind feels nostalgia has helped keep him in the job long after other managers would have been jettisoned.

“We cannot say that Solskjaer has had a long career at [the] top level as a manager before United,” he added. “Yes, he was a champion in Norway. But that is a different level. I know why he gets more time than other coaches, he is a child of the club.

“He scored that legendary goal in 1999 which helped them win the Champions League. But all that is not enough for what is being produced right now.”

Cristiano Ronaldo has enjoyed a sensational return to Old Trafford with five goals in six games. But Blind has even questioned whether the Portugal skipper’s role in the side has had a negative effect.

“Cristiano has come back and scored some important goals, but his presence in the team requires a different way of thinking tactically,” he continued. “Normally, you would expect that the striker is the first man to chase the defenders of the opposition. 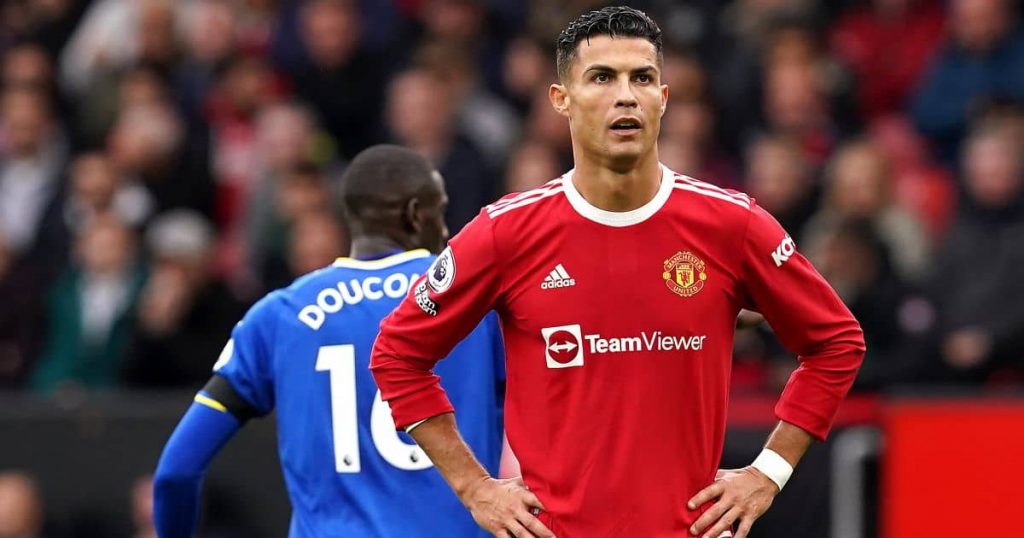 “He will run from one defender to the other. But the team has lost its orientation. They are not in a confident structure now Ronaldo is up front.”