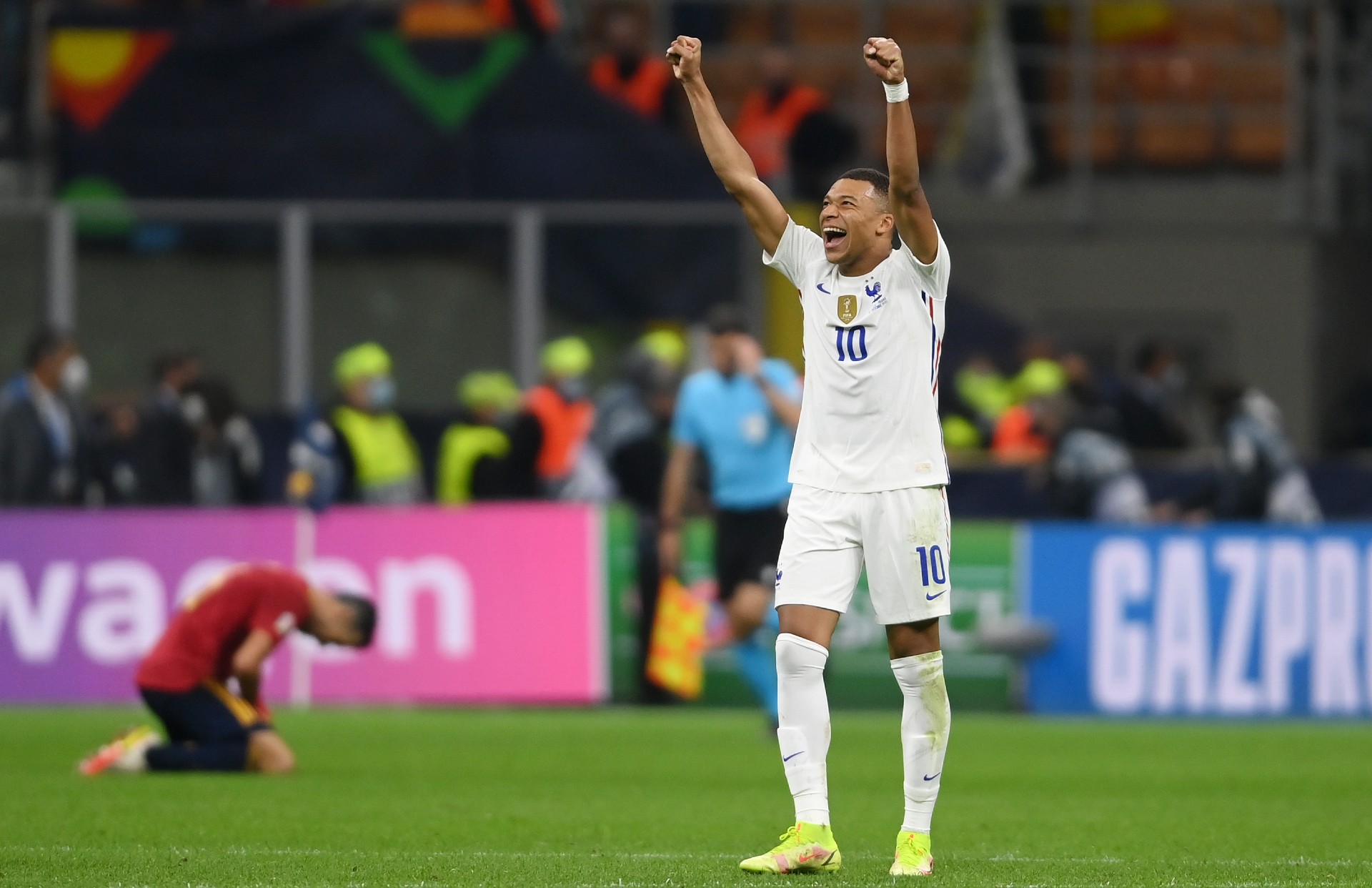 Spain’s quest to end their nine year wait for a major title ended in a 2-1 defeat to France in the 2020/21 UEFA Nations League final.

La Roja cruised past Italy in the last four with Luis Enrique’s side enjoying the better chances in the opening hour of the tie in Milan.

Real Sociedad star Mikel Oyarzabal slipped away from Dayot Upamecano inside the box to fire La Roja in front on 62 minutes as Enrique’s team finally found their breakthrough.

However, the lead lasted less than two minutes at the San Siro as Real Madrid talisman Karim Benzema stepped inside two tackles before curling home a brilliant equaliser.

Watch as Oyarzabal puts Spain 1-0… only for Benzema to equal the scoring minutes after with a moment of brilliance! 😮

That strike opened up the tie in the closing stages as Kylian Mbappe raced in behind to edge France in front despite appearing to be offside.

Spain did look to rally themselves in the final minutes as Hugo Lloris pulled off a key stop to deny Oyarzabal the chance to send the game into extra time.