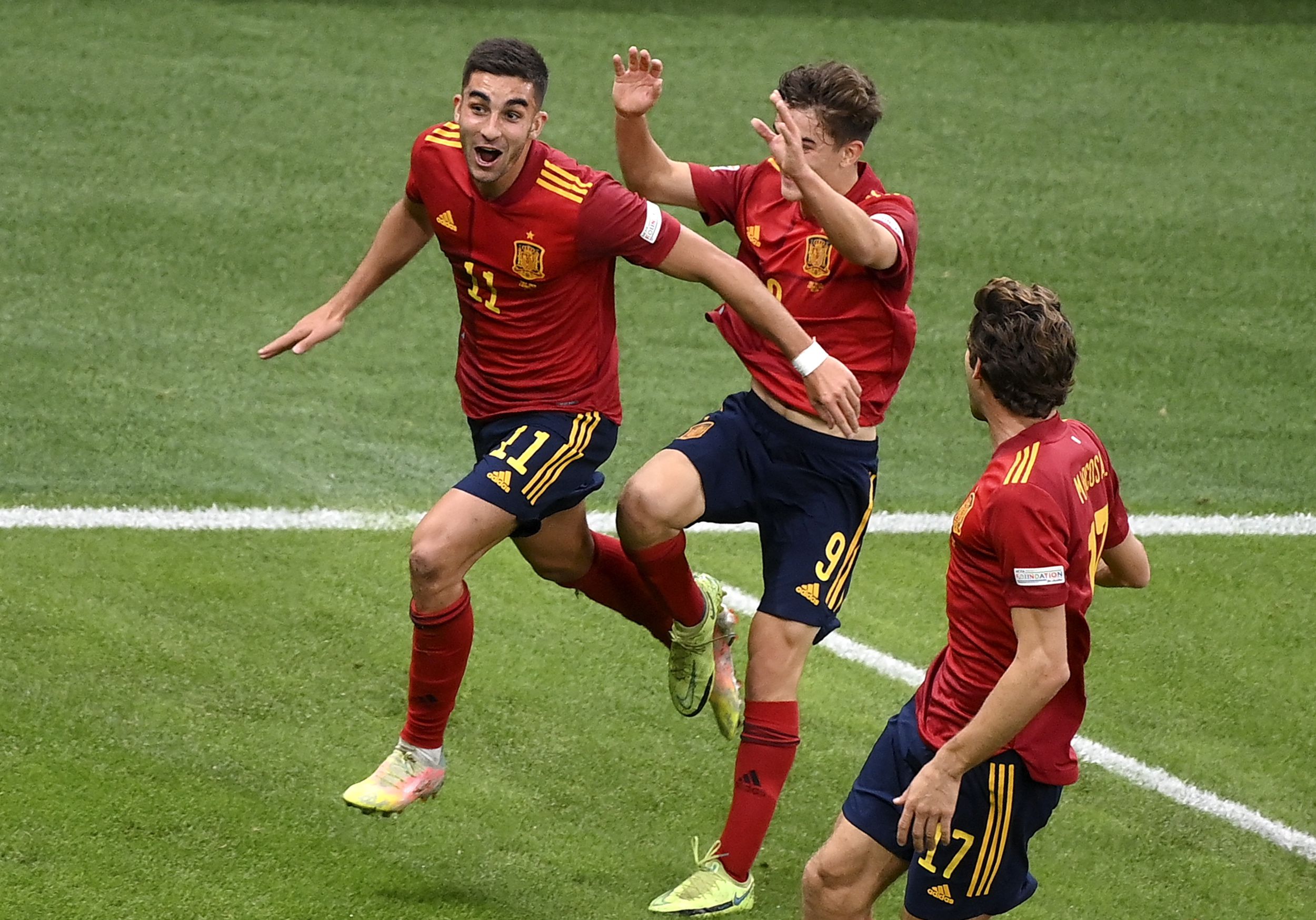 Ferran Torres expects to be available for Sunday’s Nations League final after firing Spain to victory over European champions Italy before limping off injured.

Manchester City forward Torres, 21, claimed a first-half brace in Milan as La Roja recorded a 2-1 semi-final win to set up a showdown with France or Belgium.

Success for Luis Enrique’s men at the San Siro partly avenged the Euro 2020 semi-final exit suffered at the hands of their hosts, while ending Italy’s world-record, 37-match unbeaten run.

And the in-form striker, who has 12 international goals in 21 outings after two assists from Mikel Oyarzabal, already has his sights set on helping his country to lift the silverware.

“We knew it was a special match,” Torres said, according to Marca. “We fell in the semi-finals of the European Championship and what better way to beat them at home in another semi-final.

“I am happy for the team. I believe that perseverance and training make the results arrive. I had a few minor annoyances [with injury] but I’m already thinking about the final.”

Enrique said: “I’m not sure how Ferran will be. He had a knock in the first half and another in the second half so we decided to take no risks.”

Italy played more than half of the match a man down after captain Leonardo Bonucci was sent off with a second yellow card in the 42nd minute.

Torres had already volleyed Spain in front at that stage and doubled the advantage with a header in first-half added time, before being withdrawn.

Italy claimed an 83rd-minute consolation on the counter-attack through substitute Lorenzo Pellegrini but could not prevent a first competitive home defeat this century, in addition to its first loss at the San Siro.

Lorenzo Insigne wasted a golden chance to equalise at 1-0, while Federico Bernardeschi and Federico Chiesa each struck the woodwork.

Spain’s starting 11 included a debut for Barcelona midfielder Gavi, who became his country’s youngest senior international at the age of 17 years and 62 days, breaking a record held by Angel Zubieta since 1936.

“The game played out beautifully for us but that was a match of two rivals going at it hammer and tongs with their best strengths on show,” Enrique said.

“My team looked dangerous throughout, we pressed well and I’m pretty happy. With only a session and a half of training behind us this wasn’t easy, but the players’ attitude was sensational.

“I think that Italy setting a world record until tonight was incredible – for how long they went unbeaten. But this is just one game for us, not a generation-marking win.”

The two nations took to the field exactly three months on from their European Championship encounter at Wembley, which Italy ultimately edged on penalties after a 1-1 draw.

Robert Mancini made two changes to the team that began the final success over England, with Alessandro Bastoni preferred to Giorgio Chiellini in defence, while Bernardeschi replaced the injured Ciro Immobile in attack.

Captain Bonucci received an initial caution from Russian referee Sergei Karasev for dissent before picking up a costly second booking for catching Sergio Busquets in the neck with a raised arm.

“Football games are like this. Sometimes certain details can decide them,” Mancini said.

“The first half could have ended 1-1 easily. Spain play very well technically. We should have been more careful in not conceding the second before the end of the half.

“It is very difficult to face Spain’s ball possession with 11 players, so you can just imagine with 10.”