VfB Stuttgart player Silas Wamangituka, who was recently voted Bundesliga‘s Rookie of the Season, has been playing under a false name and age this season, his club have announced.

It has been revealed that the Congolese forward is actually named Silas Katompa Mvumpa and is 22 years-old, not 21 as was previously understood.

Stuttgart have claimed that Silas was put under pressure by an agent based in Paris to change his name in order to claim a European visa and earn a move to RSC Anderlecht. 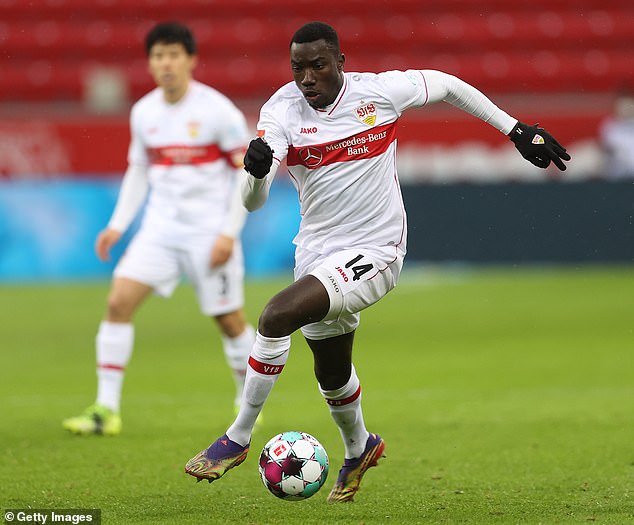 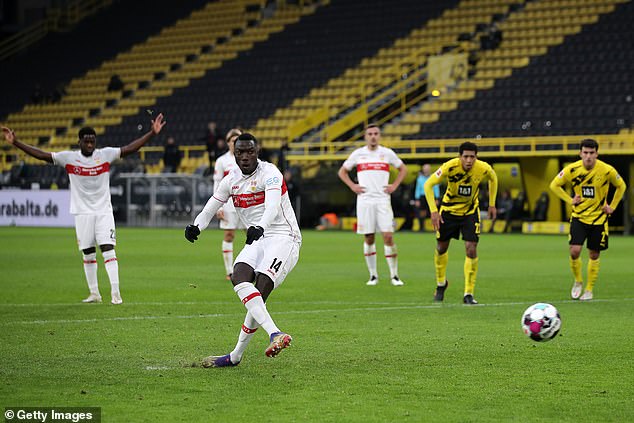 The forward did not end up playing for the Belgian side but did spend two seasons at French side Paris FC under the false name, before securing a move to Stuttgart at the start of the 2019-20 season and has impressed in Germany.

In a statement to Stuttgart’s official website, Silas said: ‘Over the past few years, I was constantly living in fear and was also very worried for my family in Congo.

‘It was a tough step for me to take to make my story public and I would never have had the courage to do so if Stuttgart, my team and VfB had not become like a second home and a safe place to me.’

Stuttgart claimed to have been recently informed of this information and have vowed to ensure that the situation is ‘handled correctly from hereon in’. The Bundesliga club do not expect any sanctions, and Silas has a new agent. 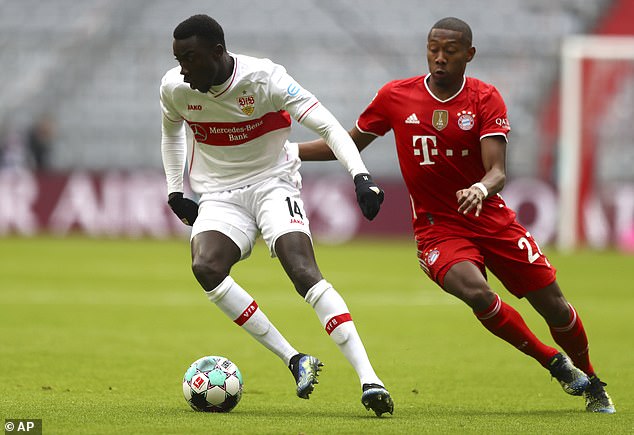 Silas is actually 22, not 21, with his real surname Katompa Mvumpa – not Wamangituka

The 22-year-old helped Stuttgart reach the Bundesliga in his first season at the club and improved on his goalscoring numbers in the 2020-21 campaign.

Silas scored 11 goals and registered five assists as Die Roten secured a ninth-placed finish in their first season back in the German top-flight.

While Stuttgart confirmed that Wamangituka was not Silas’ real surname, it was one of the player’s family names through his father.

A club statement said: ‘Silas was under the influence of the agent who syphoned off part of his wages and threatened him that he would never play football again if the matter ever became public. 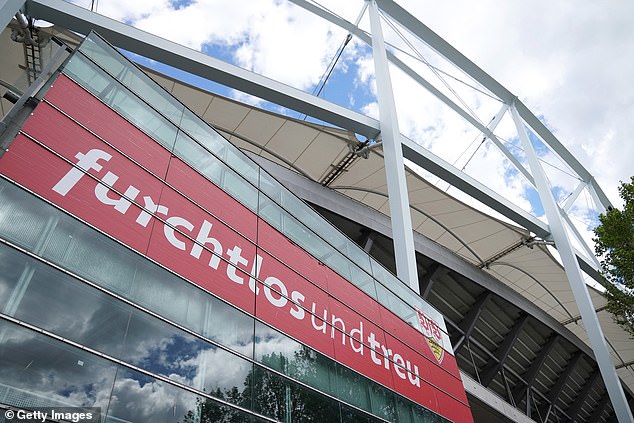 ‘Once he had built up a relationship of trust in Stuttgart and gradually been able to distance himself from his agent, Silas battled his considerable fears of that man and made his situation known to the club, and decided to change agents.

‘Thanks to his considerable efforts to clear up the situation, Silas now has a valid Congolese passport with his correct personal details.’

Stuttgart sporting director Sven Mislintat, who held a simliar role at Arsenal under Arsene Wenger and Unai Emery’s reigns, added: ‘First and foremost, Silas has been the victim of this change of name.

‘I have the greatest respect for the fact that at a young age, he has taken the brave step to clarify his situation. We will continue to give him all the help he needs in absolutely every respect.’