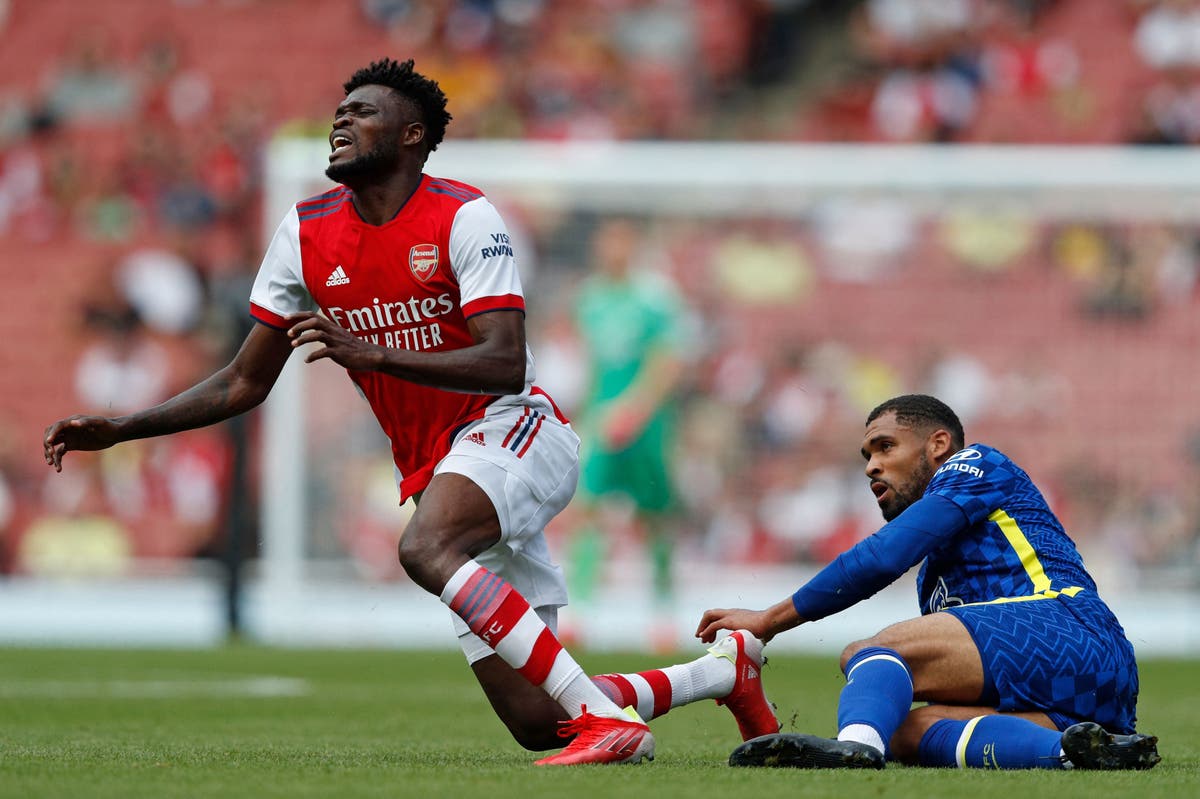 rsenal were given an injury scare during their pre-season friendly against Chelsea as Thomas Partey was forced to come off before half-time.

The Ghanaian started the match against the Blues at Emirates Stadium, which was the first in the Mind Series, but he lasted just 40 minutes.

Partey appeared to be struggling after taking a knock to his ankle from Chelsea midfielder Hakim Ziyech.

He received treatment shortly after the incident and tried to carry on, however he later went down again and had to be taken off.

Partey was replaced by Granit Xhaka, who has just returned to training after being on holiday post Euro 2020.

Arsenal will hope any possible injury to Partey is not serious as they kick off their Premier League campaign against Brentford on August 13.

Partey is likely to play a key role for the Gunners this season after signing last year for over £40million.