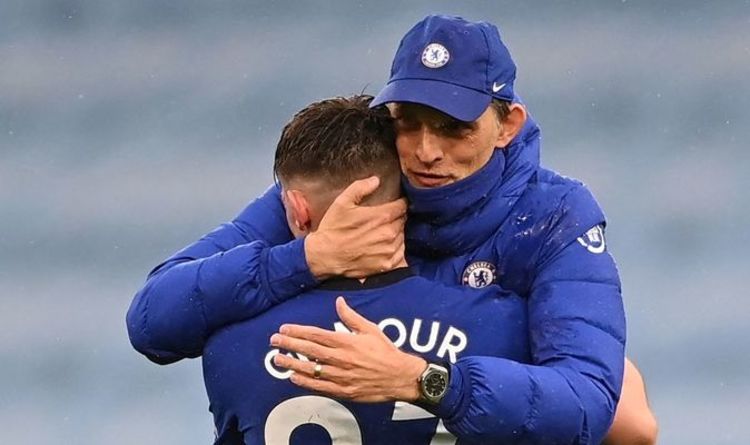 Billy Gilmour is set to be confirmed as a Norwich player today after he underwent his medical with Norwich yesterday. The Scotsman has completed his period of isolation after testing positive for coronavirus after the 0-0 draw with England at Wembley at Euro 2020 and is now set for regular game time in the Premier League next season.

Chelsea were initially unsure whether they wanted to loan out their academy graduate, who has made a huge impression on Tuchel, Frank Lampard, supporters and pundits since breaking into the first-team.

Yet with Tuchel clearly set on N’Golo Kante and Jorginho as his central midfield pairing, opportunities are expected to be limited next season.

Mateo Kovacic is also just ahead of Gilmour in the pecking order, meaning his best chance of playing regularly was to head out on loan to Carrow Road.

Yet what does that mean for the likes of Ross Barkley, Ruben Loftus-Cheek and Conor Gallagher, who are all returning from loan spells?

By the end of the season, Aston Villa were already clear that they were not intending to sign Barkley permanently.

At the start of his move to Villa Park, the Midlands club looked like the perfect fit for Barkley who forced his way back into England contention.

But now he is at a crossroads in his career and could be sold this summer.

Ultimately, it may boil down to the impression he makes on Tuchel in pre-season but he won’t stand for unprofessionalism and the chances are, there is no room for Barkley at Chelsea next season.

However, a dismal performance saw him loaned out to Fulham where he blew hot and cold.

Tuchel could be the man to finally unlock Loftus-Cheek’s potential and while his future remains unclear, he could still get a chance to shine in west London.

Former boss Maurizio Sarri, who was in charge for Loftus-Cheek’s best-ever season at Chelsea, reportedly wants to bring him to Lazio next term.

Finally, Gallagher is a player who looks unlikely to make the grade at Chelsea just yet.

Although he has three senior loan spells under his belt including a Premier League stint with West Brom last season, Gallagher looks unlikely to stay at the club.

He wants to play regularly and could still receive that with another top-flight team but whether he leaves on loan or permanently is another question altogether.

Gallagher has attracted interest from Crystal Palace with Tuchel set to run the rule over him in pre-season.

Given he is just 21, it seems unlikely that Chelsea will be willing to cash in on him just yet as they continue to monitor his development but with places limited, there is still a chance he could be sold.