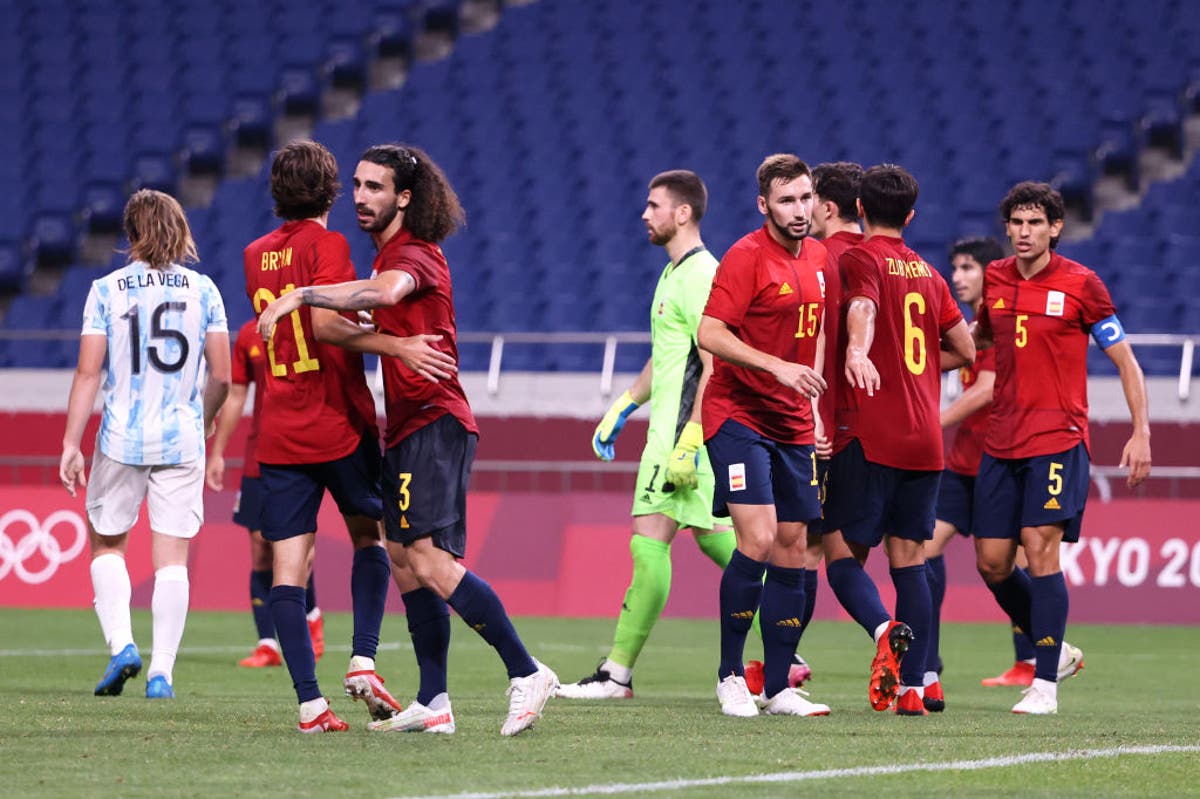 Spain held off a late fight-back from a disappointing Argentina side to draw 1-1 and seal a place in the men’s football Olympic quarter-finals, with the South American nation exiting at the group stage.

Mikel Merino put a dominant Spain side in front after a familiar tale of lots of possession and spurned opportunities had passed them by, with Mikel Oyarzabal the main culprit in the final third.

Argentina, needing a win to progress, mounted a late resistance and found an equaliser through Tomas Belmonte’s header, but they rarely looked like taking the victory which they had to chase to earn second place – which was eventually taken in Group C by Egypt, as they beat Australia 2-0.

Earlier, Brazil had assured themselves of a place in the last eight with a 3-1 win over Saudi Arabia, as they look to defend at the Tokyo Olympics the gold medal which they won in Rio.

Behind them, Ivory Coast held Germany to a 1-1 draw to take second place, with the Germans – like Argentina – failing to impress at this summer’s Games.

Perhaps the biggest shock exit of the group stage, however, saw France lose 4-0 to Japan to end third in Group A, with the hosts progressing top after three wins from three – the only one of the 16 men’s nations to keep a 100 per cent record in the group phase.

Mexico came second after seeing off South Africa in the same group, while South Korea and New Zealand emerged through Group B, the latter earning second place thanks to a hard-fought 0-0 draw with Romania. Honduras brought up the rear after a heavy defeat, in which three of the six unanswered goals in the match came from the penalty spot.

When are the quarter-finals being played?

All four matches at the start of the knockout phase will be played on Saturday, 31 July, with the semis on 3 August, the Bronze medal match on 6 August and the Gold medal final itself on 7 August in Yokohama.

Brazil vs Egypt (Saitama, 11am BST)