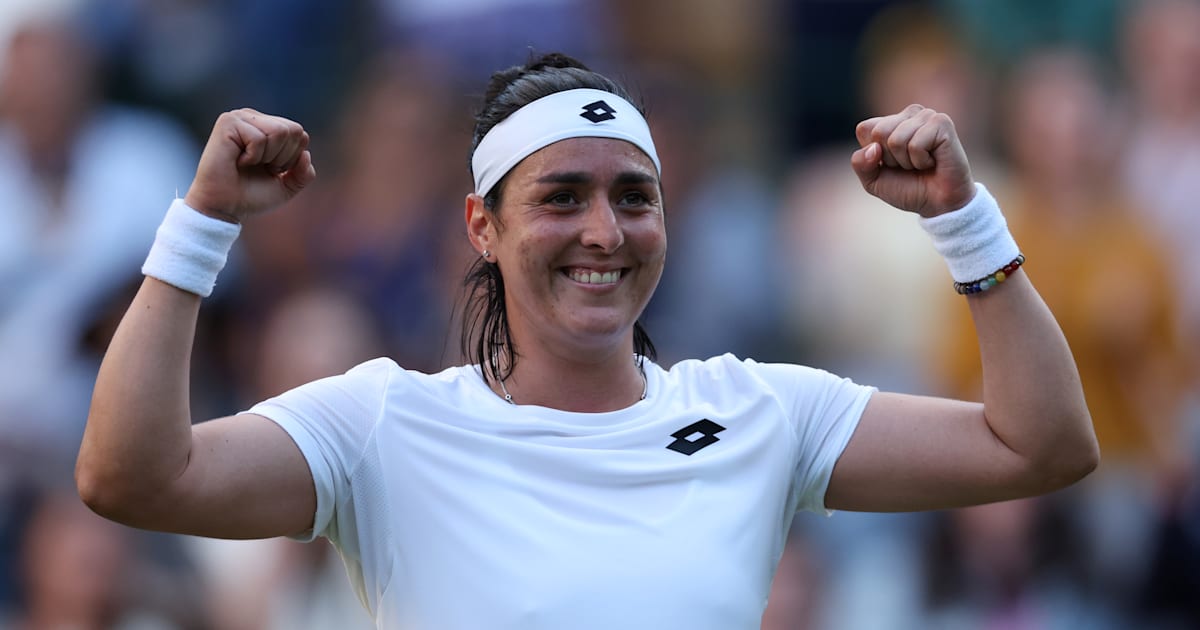 Ons Jabeur is famed for being a woman of firsts.

Last year, the 27-year-old tennis ace became the first Arab player, male or female, to be ranked inside the world’s top 10.

The year before, she became the first Arab woman to reach a grand slam quarter-final at the 2020 Australian Open.

In 2022, she then went a step further in all her remarkable achievements, becoming the first Arab or African woman to win a WTA 1000 event, triumphing in Madrid, before then reaching her first Grand Slam singles final at Wimbledon.

Though unable to claim her first major title at the All England club after falling just short to Elena Rybakina in the final 3-6, 6-2, 6-2, Jabeur showed to audiences around the world that she had genuinely come of age and will be a threat going forwards.

Trailblazing, history-making, forever-smiling – Ons Jabeur is well-known for her pioneering abilities and her happy disposition as she defines what is possible.

As she gears up to take on American Madison Brengle in the opening round of the the 2022 US Open find out what you likely don’t know about her below.

She began playing tennis when she was three years old

It was down to her mother’s passion for tennis that Jabeur made her own start in the sport.

“My mom always wanted to play tennis,” the Tunisian told Olympics.com during an Instagram Live last year. “Since I was the youngest of my brothers and sisters, she took me with her to the tennis club.

“I saw her playing and then I grabbed the rackets. I wanted to play also. And I was a troublemaker. She had to let me do something to be quiet. I wanted my mom to put me like as a member then and (let me play).”

Jabeur was then just three years old and her exposure to the game at such a young age inspired her to keep going.

By the age of 10 she had moved from her hometown of Sousse to Tunis to be able to both study and play tennis:

“It was kind of a challenge for a 13-year-old to be far away from home… and tough to be waking up at 5am, practicing and staying there until 8 or 9 at night,” she continued to Olympics.com.

“They were very challenging moments, but I think I had to go through that to be able to become the person I am today.”

Ons Jabeur’s slice is one of favourite shots

She was called “Roger Federer” in her junior days

Jabeur’s game of tennis is unlike most of her peers.

Where some opt for raw power and big groundstrokes the Tunisian is much more of an on-court creative; using angles and spin to out-craft her opponents.

One of the best weapons in her armoury is her slice; a shot she developed in her early years to the admiration of many that watched her play.

Her shot-selection, and her ability to execute them, prompted those in her junior days to call her Roger Federer after the Swiss superstar’s similar ability to play the ball rather than the opponent.

Though the comparison is something she quickly brushes off now she is still an enormous fan of the 20-time Grand Slam winner.

When she made it to the quarter-finals of Wimbledon last year, 12 months before her now historic run, he congratulated her achievement. Speaking at her post-match press conference following her victory over Iga Swiatek she shared:

“Actually, I got congratulated by Roger [Federer] after my match, which was amazing.

“I think now I’m good enough in my tennis career. He was very nice and he took the time to say congrats. That inspires me a lot and gives me the hunger to win more.”

She has a postal stamp made in her honour

Claiming so much history naturally makes Jabeur a firm favourite in her country.

Her sizeable following first developed when she won a junior title at Roland Garros back in 2011 but it was her record-breaking run at the All England club in London this summer that truly put her name up in lights.

Jabeur became the first person from Tunisia to reach the final and in recognition of her achievement Post Tunisie unveiled a stamp which features the tennis star fist-pumping in one hand and holding the national flag in another.

Under the commemorative stamp the text details Jabeur’s life and career so far highlighting her pioneering efforts:

“Born on August 28, 1994 in Ksar Hlal, Monastir, Ons Jabeur is a professional tennis player, who has achieved unprecedented sports achievements at the national, Arab, African and world levels,” it reads.

Jabeur is a huge football fan

Jabeur doesn’t just have a delicate touch on a tennis ball.

As well as being world class with a racquet in hand the Tunisian is also prolific at football; her other favourite sport.

As a testament to her love the game, the former world No 3 can often be seen kicking a tennis ball around on court during practice.

She even attributes her success on the grass courts to football.

Speaking ahead of Eastbourne, a WTA tournament she played doubles in alongside Serena Williams earlier this year, Jabeur said:

“I love grass. I have a love relationship with grass.

“Everything started with football because I’m a huge football fan. I feel when I step on the court it’s like playing football for me. Usually when I do that, I’m never tired, I’m always enjoying myself so that’s why maybe I’m having a great time there.”

She knows her way around an Olympic Games

Though only 27, Jabeur is already a three-time Olympian.

But her Olympic journey first started before that, at 15 years old, when she played in the inaugural Youth Olympic Games in Singapore.

“I remember it was very humid in their conditions,” Jabeur reflected to Olympics.com. “But it was fun!

“I remember because the food was amazing in the village and we were there with all the athletes from all the different sports. It was a great first experience; I loved it. And it was amazing because you see all the players you see (now) in Grand Slams.”

Unfortunately for Jabeur on each occasion she has failed to progress past the first round but those results have not diminished her pride in getting to suit up for Tunisia:

“The Olympics are always about representing my country. It’s very important to me as (I’m from) a small country; everyone is following me. It’s part of me to represent Tunisia. I’m not just playing for myself; I’m playing for everyone back in Tunisia and the Arab world.

“I’m so proud and honoured to represent my country.”