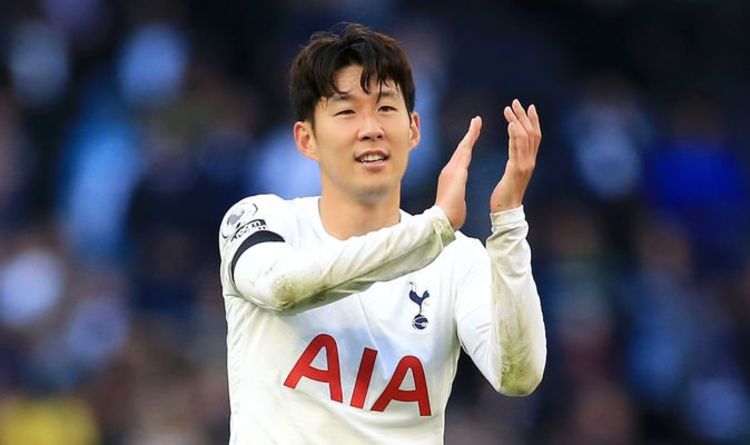 Tottenham star Son Heung-min has given his humble response to laying on two assists as the north London side defeated Aston Villa 2-1 on Sunday. The victory ended Spurs’ three-game losing streak in the Premier League.

Son teed-up Pierre-Emile Hojbjerg to give the hosts a 1-0 lead at the break but Villa levelled midway through the second period courtesy of Ollie Watkins’ close-range finish.

The South Korea forward again turned provided four minutes later as his driven cross was put into his own net by the unfortunate Matt Targett. And Spurs hung on to secure the vital three points.

Son produced a sensational performance in front of the home fans and caused Villa problems all afternoon.

Given his side’s recent struggles in front of goal, it was just the performance boss Nuno Espirito Santo would have wanted from one of his star players.

But after the match, Son was quick to play down his contribution.

“We needed that especially before the international break. It is a good feeling to win this game and go away.

“We tried to play more, that is more different to a couple of weeks ago. We played without fear and we enjoyed it even when we lost the ball.

“The last three games were defeats we did not want and the confidence went down but we can bounce back and go back up.”

Tottenham had been in freefall before Sunday’s clash amid a dismal run of form following the last international break.

Spurs topped the table at the end of August but had dropped down to midtable in recent weeks after losses to Crystal Palace, Chelsea and Arsenal.

Sunday’s victory moves Nuno’s side back up to eighth, two points outside of the Champions League places.

But it was a game in which star striker Harry Kane once again failed to produce the goods.

The England captain has been plagued by a poor run of form this season after pushing for a move away in the summer and has yet to find the back of the net in the Premier League this term.