Clubs in the Football Kenya Federation Women Premier League, and Division One League have been handed the green light to start making transfers ahead of the new season, starting on Monday. The transfer window will close on November 16.

The Primary Transfer Window for the 2020/2021 Season shall officially open on Monday, 7thSeptember2020 and Monday, 14thSeptember2020 for theFKFWomenPremier League and the FKF Women Division One League respectively.

According to the federation, transfers will be effected through the competition department’s online portals.

The federation is expected to communicate the competitions calendar, including the commencement dates for all leagues once the government lifts the ban on sporting activities.

Soccer activities have been on a break since they were suspended in March but the Ministry of Sports unveiled the return to action protocols.

The protocols are now being discussed by various stakeholders before submitting their recommendations for the ministry to give a final word.

Mwendwa stated the three top-tier men’s leagues could return by October as well as the Kenyan Women’s Premier League.

“The coronavirus has in no doubt affected every aspect of football. Remember the players have been at home and have not been paid because companies have not been making money.But I have some good news because the ministry has already asked us to give them a programme showing how we can get back to action. We will give them the programme on Monday and one of the suggestions is that we are planning to start teams’ training on September 15. One month after joint training by teams, we will then be ready to see the Premier League start and I think the best dates will be between October 20 and 25 but of course, we will wait to see what the ministry tells us.  What we must understand is that we will test all the players in all the leagues and the exercise will be done twice before starting training sessions. Fans, of course, will not be allowed for some few months and we will carry out fumigation on all the pitches. The news now is that the KPL, KWPL and National Super League players will start training in September and after another month, the other leagues will follow suit. It must be good news because it has been a long time since we played,” Mwendwa. 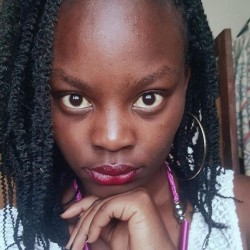 Follow me
Mongina
An ambitious, driven and experienced communications specialist with a
knack for developing and implementing creative campaigns, social media
account management, writing, blogging and digital marketing. Has
experience in digital media, social media management, digital content
creation and curation with a bias to sports. Has the ability to work in a
fast-paced, high-pressured position; demonstrated ability to set priorities,
deliver qualitative output.
Email : Monginabee@gmail.com

President of the Ukrainian Football Association Andriy Pavelko spoke about the decisions made at the regular meeting of the Executive Committee held on Monday, May 18, 2020.

Naa Bardina
We use cookies to ensure that we give you the best experience on our website. If you continue to use this site we will assume that you are happy with it.OkNo