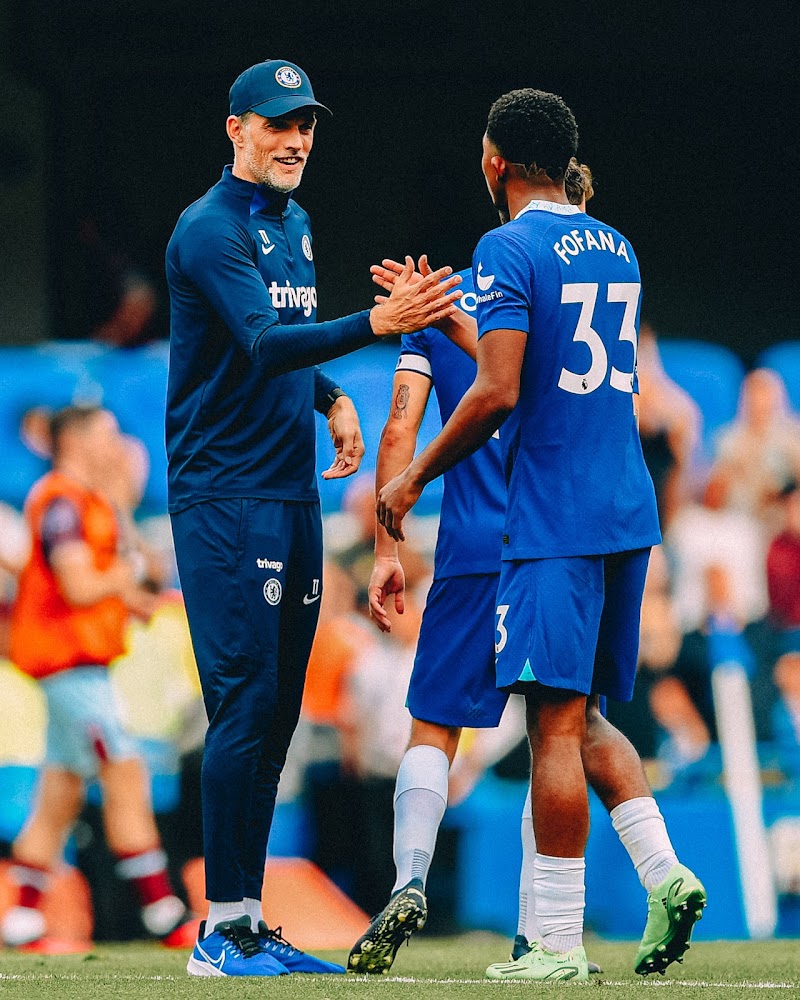 Thomas Tuchel took charge of Chelsea for the 100th time on Tuesday, but there was no celebration after the game.

In fact, after a disjointed showing in their shock 1-0 Champions League loss against Dinamo Zagreb, the pressure seems to be mounting on the German and his side.

Tuchel did not mince his words after Chelsea suffered their third defeat in seven games in all competitions this season.

Tuchel added on BT Sport: “At the moment, everything is missing, [there is] too much to analyse. I’m a part of it.

“I am angry at myself, I am angry at our performance. I didn’t see it coming. We need to be much better. We are not finished, we are not happy but I thought we were on a good way. I am surprised by this performance.”

Roman Abramovich was seen as the man who changed English football by buying Chelsea in 2003 and then sanctioning an incredible period of spending in the transfer market.

In his 19 years as owner, the Blues won 20 pieces of silverware, including five Premier League titles and two Champions Leagues.

But the Russian was forced to sell the club because of his links with President Vladimir Putin and new owner Todd Boehly has followed suit by allowing Tuchel to splash the cash.

Their outlay of almost £300m in the summer transfer window was the highest in Europe, but it seems the big-name signings are so far struggling to gel.

Centre-backs Kalidou Koulibaly and Wesley Fofana, who together cost more than £100m, are yet to forge a cohesive partnership in defence, while debutant Pierre-Emerick Aubameyang will need time to settle in after having his jaw broken in a violent robbery at his house.

England international Raheem Sterling was largely anonymous against Dinamo and £60m Spanish left-back Marc Cucurella was introduced off the bench to little effect.

Chelsea have now failed to keep a clean sheet in their past six games, since opening the Premier League campaign with a 1-0 victory at Everton. Mislav Orsic, who netted a hat-trick to knock Tottenham out of the Europa League in the 2020-21 season, scored the winning goal for Dinamo in the 13th minute with a beautifully dinked finish.

“It’s an underperformance from us,” said a furious Tuchel. “We have the same story as always. “We have an OK start, we don’t finish our half-chances, we don’t feel it when the game is already there to put to bed in the first 15-20 minutes.

“Then we concede one counter-attack, which is far too easy, and from there we struggled.”

Asked how many players were at the top of their game, Tuchel replied: “Not a lot at the moment.

“I don’t know where this performance comes from. It’s a lack of hunger, intensity, a lack of determination to win duels, to actually do things on the highest level. You cannot expect to win games, not in the Premier League or Champions League. We are not where we want to be.”

Tuchel’s frustrations boiled over once again as he was booked by the referee in Croatia for complaining about time-wasting by the opponent.

It’s not the first time this season the German has been in trouble with the officials, having had a heated confrontation with Tottenham boss Antonio Conte after their 2-2 draw last month.

Both men were shown a red card for their actions, but Tuchel was handed a one-game touchline suspension as well as a fine.

He led Chelsea to their second Champions League title just four months after his appointment in January 2021 – and the Super Cup and Club World Cup quickly followed, but last season ended trophyless.

Now after an inconsistent start to the season, Tuchel needs to quickly address his side’s issues.

“Where do we start?” asked former Chelsea forward Joe Cole on BT Sport. “Balance, I think that’s the key. The new guys at the back have really got to pull it together as soon as they can. There’s no flow.

“We could have picked countless incidents where Koulibaly was on the wrong side. For a 31-year-old defender, he really needs to get up to speed. At the other end of the pitch, is there a lack of confidence starting to develop? There’s a lot of talk of lack of goals, lack of assists.

“The front three, he made four or five changes in that area, and they all look low on confidence. They are all quality players at Chelsea, but for some reason it’s just not happening for the likes of Christian Pulisic, Hakim Ziyech etc.”