Skip to content
Home » Twaha jumps to the defence of FKF caretaker committee – The Star, Kenya

Twaha jumps to the defence of FKF caretaker committee – The Star, Kenya 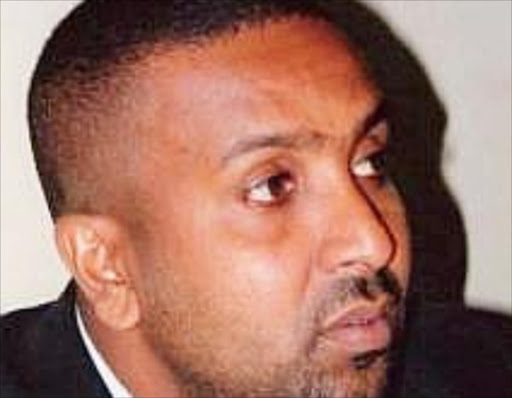 Twaha called on the local football fraternity to exercise some patience, insisting the Aaron Ringera-led committee has done a marvellous job so far despite the limited time allotted.

“This is a team that was given a brief six-month mandate within which they are frantically trying to streamline operations at the federation following the ouster of the embattled Nick Mwendwa-led administration.

“As expected, their job wasn’t going to be any easier considering there are individuals bent on derailing their plans and sabotaging their work. My take is that the caretaker committee has drastically transformed the operations of football for the few days they’ve been in office,” said Mbarak.

The FKF caretaker committee has been forced to grapple with some teething problems since its appointment by the Sports Cabinet Secretary, Amina Mohamed in November.

Only recently, the second tier clubs threatened to boycott the remainder of the season if some issues they have raised are not addressed to their satisfaction.

Key among the concerns is poor officiating in league encounters, an observation that has also been made by Kenyan Premier League tacticians including Gor Mahia’s coach Sammy ‘Pamzo’ Omolo and Posta’s Stanley Okumbi.

Meanwhile, Twaha has pledged to transform the local football scene if elected to office at the expiry of the caretaker committee’s tenure in March.

Twaha said he would pay detailed attention to the appointment of Harambee Stars head coach.

“We are going to look at the curriculum vitae keenly before appointing a national team coach. As a former footballer, I understand the importance of giving a coach enough time to mould a winning team,” he said.

He further decried the blunders in identifying national team players, saying the process was marred by blatant favouritism.

“There should be fairness in the selection of national team players. Over the years, we’ve witnessed a trend whereby most of the national team players are drawn from Nairobi. This is partly because those entrusted with a selection have always been keen on promoting particular players for financial gains. This must now stop and we’ll ensure it does if elected,” said Twaha.

“There is an ever-growing need to establish viable youth development structures to provide the platform to nurture future stars. It’s quite unfortunate such structures don’t exist anymore and my plan is to have them running once we get into office,” said Twaha.