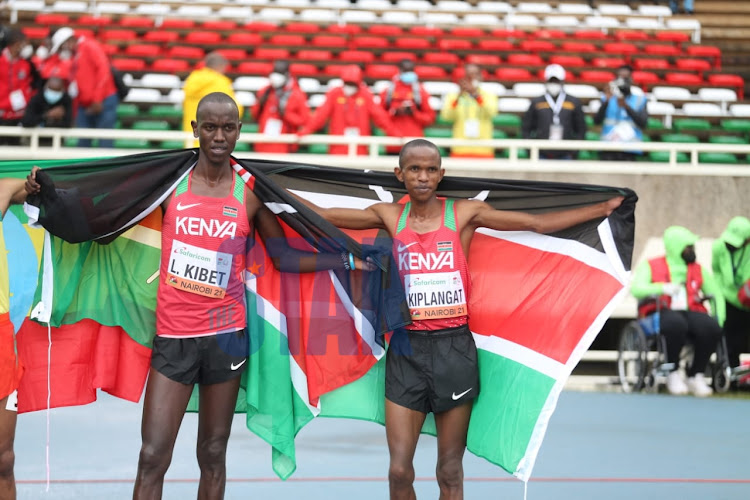 Benson Kiplangat resurrected Kenyan athletics lovers’ hopes across the country when he set up a sweet revenge against Ethiopians winning the first gold for Kenya at the second day of world under 20 athletics championships at the Kasarani stadium.

Kiplangat, alongside Levy Kibet, who won bronze with Ethiopian Tadese Worku, who won 3,000m gold on Wednesday was targeting a brace but Kiplagat ended the much anticipated party winning gold in 5,000m during the finals with Kibet winding the podium as Worku spoilt the 1-2 podium cake.

The win ensured that Kenya retains the 5,000m title last won by Edward Zakayo Pingua during the 2018 championships in Tampere, Finland.

The champion said that he was exited with the win that he never expected.

“His was a great race, very competitive but finally I have managed to win gold that I did not expect. I am really excited for the gold medal. I didn’t know that I will win the race but it has just come as a surprise. I told my compatriot to pray before competing and God has really worked for us,” said Kiplangat.

Third placed Kibet said that he was satisfied with the bronze.

“Winning bronze medal was not and this is a good start for my career. I wanted to be in the podium and we had planned to push the pace in turns and it worked. We saw yesterday what they did in the 3,000m race and we couldn’t allow that today. It’s great to bag a gold medal,” Kibet.