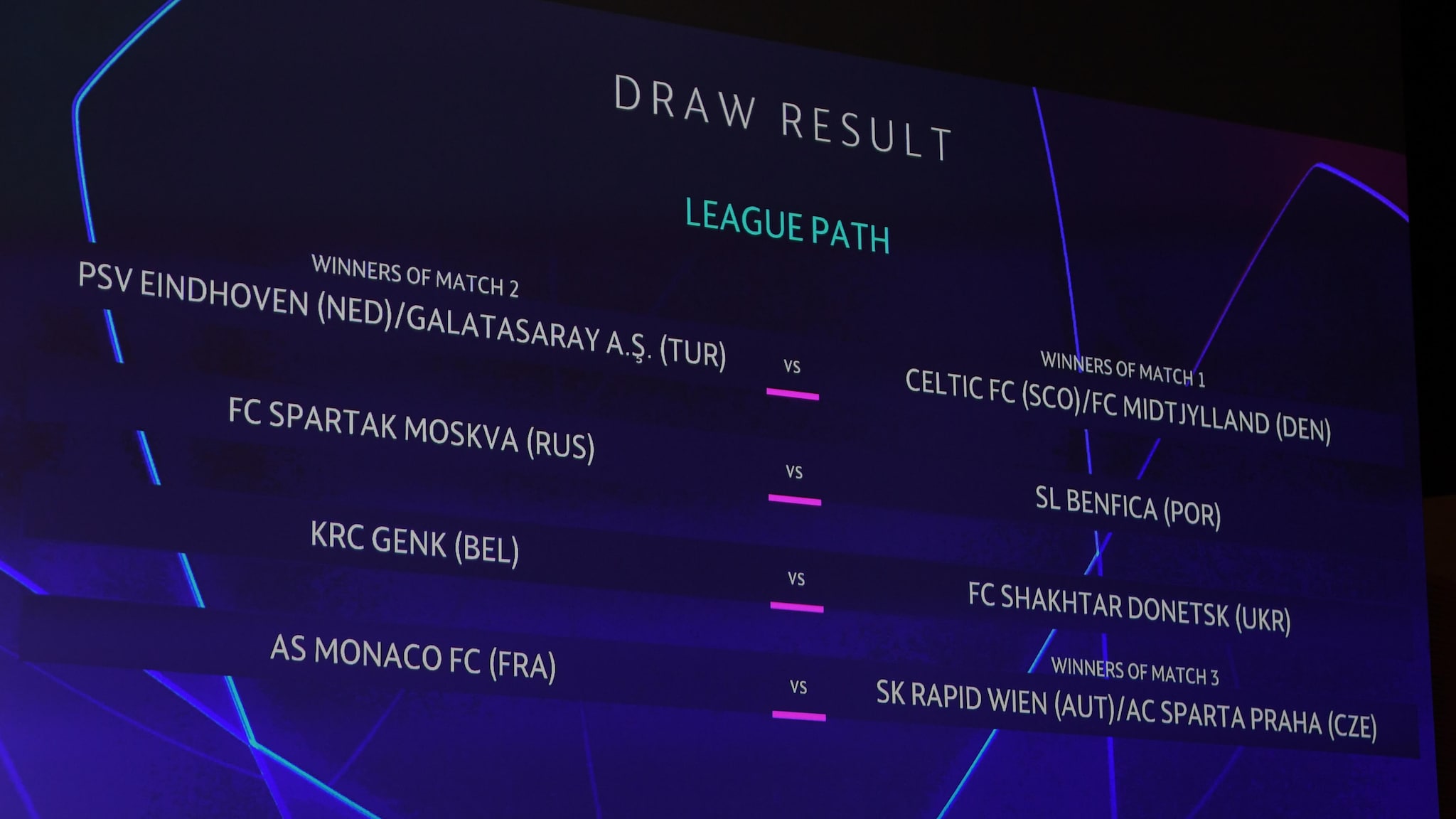 Spartak Moskva vs Benfica and Genk vs Shakhtar Donetsk are among the confirmed ties on 3/4 and 10 August after the UEFA Champions League third qualifying round draw was made at the House of European Football in Nyon, Switzerland.

Scottish champions Rangers will face either Sweden’s Malmö or Finland’s HJK Helsinki in their first game on the champions path, while Slavia Praha will start out against the winners of the tie between Hungary’s Ferencváros and Žalgiris Vilnius of Lithuania. The eventual winners in this path with join Salzburg and Brøndby in the play-offs, with four group places on offer.

The league path, meanwhile, will bring Spartak Moskva and Benfica back together, the sides having each recorded home wins when they met in the 2012/13 group stage. The eventual winners in this path will go into the play-offs to meet for the two available group spots.

All teams that play in the third qualifying round are assued a place in the group stage of one of the three club competitions.

When are the games?

Ties take place on 3/4 and 10 August, with extra time and a penalty shoot-out if required after the second leg. Winners advance to the UEFA Champions League play-offs (draw scheduled for 2 August).

Which teams were involved in the draw?

How the draw worked

Please be aware of the special rules applicable to the qualifying phase and play-offs of the competition due to COVID-19, which can be found here.

With regard to travelling fans being admitted to matches, more information can be found here.