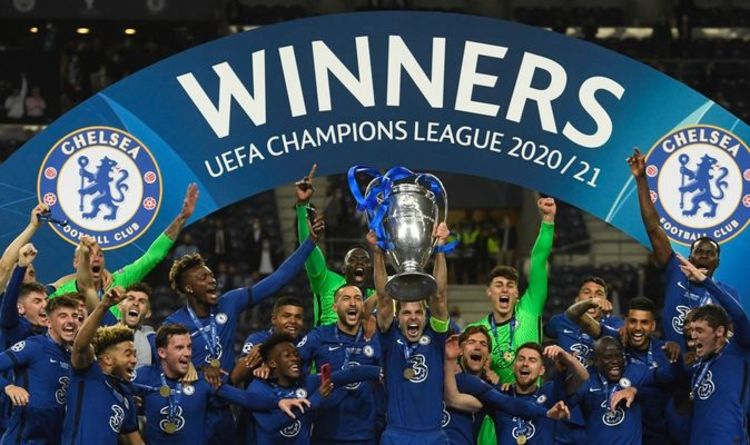 UEFA could yet make changes to the controversial proposed reforms of the Champions League, potentially bad news Arsenal and Tottenham Hotspur. A rule that would provide a safety net for bigger clubs could be scrapped as part of a meeting between UEFA’s Executive Committee.

In April, UEFA agreed to a revamped Champions League format which would see an increased number of 36 teams compete each season, adding an extra four games for teams involved.

As part of the new plans, from 2024, UEFA would make two historical coefficient qualification places available.

It would simply make Champions League qualification more viable for the clubs with a history of presence and success in Europe if they finished outside their domestic league’s allotted places.

For example, Tottenham could’ve qualified for the Champions League rather than the UEFA Europa Conference League last season, despite finishing seventh in the Premier League.

UEFA president Aleksander Ceferin was expected to announce the changes in a press conference before the European Super League rose to prominence.

THINK YOU KNOW SPORT? Test your sporting knowledge with our tricky quiz

On April 18, the eve of a UEFA Executive Committee meeting to cement plans to revamp and expand the Champions League, 12 of Europe’s heavyweights announced their intention to snub the competition and form a closed Super League.

However, primarily due to mass backlash, nine clubs quickly backed out of the plans, leaving just Barcelona, Juventus and Real Madrid as ‘founding clubs’.

Earlier this week, the nine clubs, including England’s ‘Big Six’, all re-joined the European Club Association (ECA), and i report there is now set to be another review of plans to reform the Champions League.

With new personnel involved at the summit of the ECA now, due to those involved with the Super League parting ways, there is a possibility of the plans being revised when UEFA’s Executive Committee make a final decision on the reforms next month.

The ECA has a new look about it compared to April, with Paris Saint-Germain president Nasser Al-Khelaifi replacing Juventus chairman Andrea Agnelli at the wheel.

After the nine clubs re-joined earlier this week, the ECA published a statement putting the whole Super League ordeal behind them.

It read: “The ECA executive board took into consideration the clubs’ acknowledgement that the so-called European Super League project was not in the interests of the wider football community and their publicly communicated decisions to abandon said ESL project completely.

“The ECA board also acknowledged the clubs’ stated willingness to engage actively with ECA in its collective mission to develop European club football in the open and transparent interests of all, not the few.

If the controversial reforms, including the safety net for bigger clubs, are abolished, it could be a blow to Arsenal and Tottenham.

Man City, Chelsea, Liverpool and Man United are widely expected to comfortably finish in the top four for this season and potentially beyond.

If they do, the two north London clubs will be condemned to Europe’s lesser competitions again if they finish from fifth to seventh.