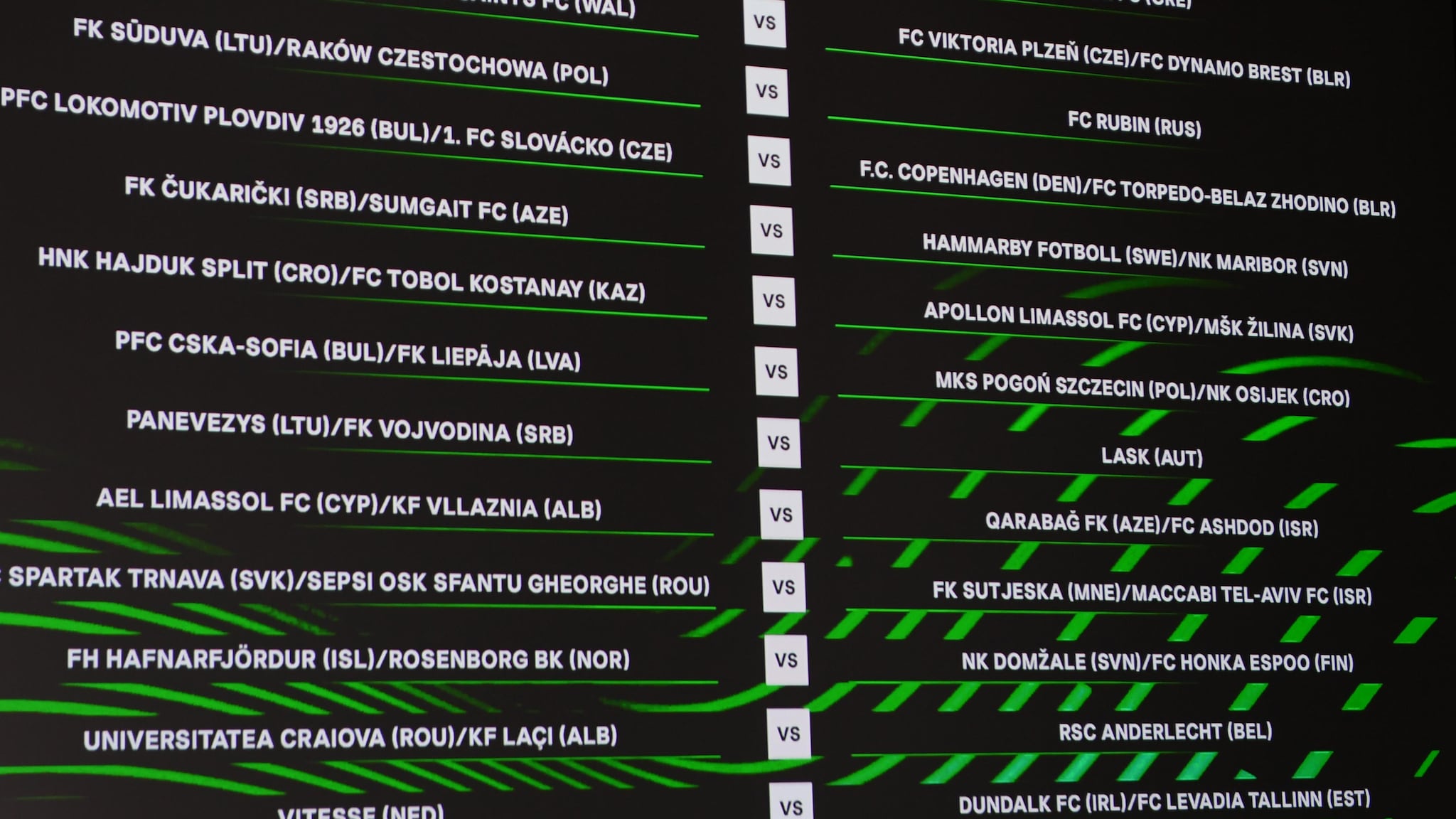 The next steps have become clearer for Anderlecht, PAOK, Rubin, Trabzonspor and Vitesse after the UEFA Europa Conference League third qualifying round draw was made in Nyon.

Shamrock Rovers were the only team certain of a place in the champions path section of the draw, while just nine of the 54 sides in the main path were confirmed, including European stalwarts Anderlecht, PAOK and Trabzonspor.

When are the games?

Ties are to be played on 5 and 12 August. The winners will advance to the champions path and main path play-offs.

How the draw worked

There are two paths at this stage: champions path and main path.

• Shamrock Rovers and the nine champions path second qualifying round winners (matches played on 22 and 29 July) were drawn into ties without seeding. The first ball drawn designated the home team for the first leg.

• As decided by the UEFA Executive Committee, clubs from Bosnia & Herzegovina and Kosovo could not be drawn against each other.

• The nine teams entering at this stage were joined by the 45 second qualifying round winners.

• The clubs were divided into six groups of eight teams (Groups 1 to 6) and one group of six teams (Group 7). Within each group, the teams were split into an equal number of seeded and unseeded sides, in accordance with the club coefficient rankings established at the beginning of the season.

• One ball was taken from each bowl and placed into an empty bowl, where the two were shuffled. One was drawn first at random, and the second was picked out to complete the tie. The result applied to all six groups, and the same procedure was carried out with the remaining balls to complete the pairings.

• The procedure was then repeated for Group 7, where the clubs were randomly given a number from 1 to 3 for the seeded teams and 4 to 6 for the unseeded. In all seven groups, the first ball drawn designated the home team for the first leg.

• Teams from the same association could not be drawn against each other.

Please be aware of the special rules applicable to the qualifying phase and play-offs of the competition due to COVID-19, which can be found here.

With regard to travelling fans being admitted to matches, more information can be found here.