US Women’s Soccer star Alex Morgan has announced that she is expecting her first child with her husband, LA Galaxy player Servando Carrasco.

The 30-year-old, who is coming off a FIFA Women’s World Cup win just three and a half months ago, made the big reveal on Twitter and Instagram this afternoon, telling fans she is pregnant with a little girl.

‘We are already in love and we haven’t even met her yet. Newest member of the Carrasco family, coming soon,’ she wrote. 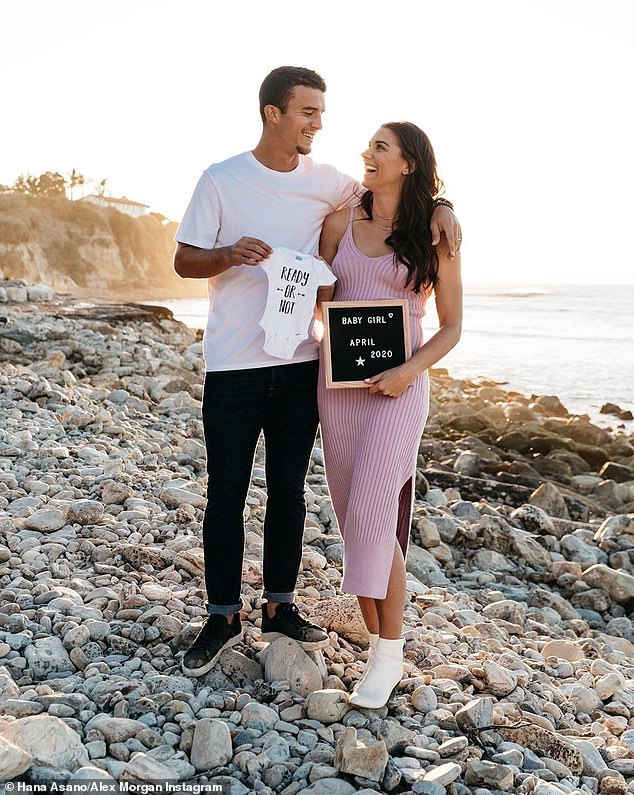 Surprise! US Women’s Soccer star Alex Morgan has announced that she is expecting her first child with her husband, LA Galaxy player Servando Carrasco 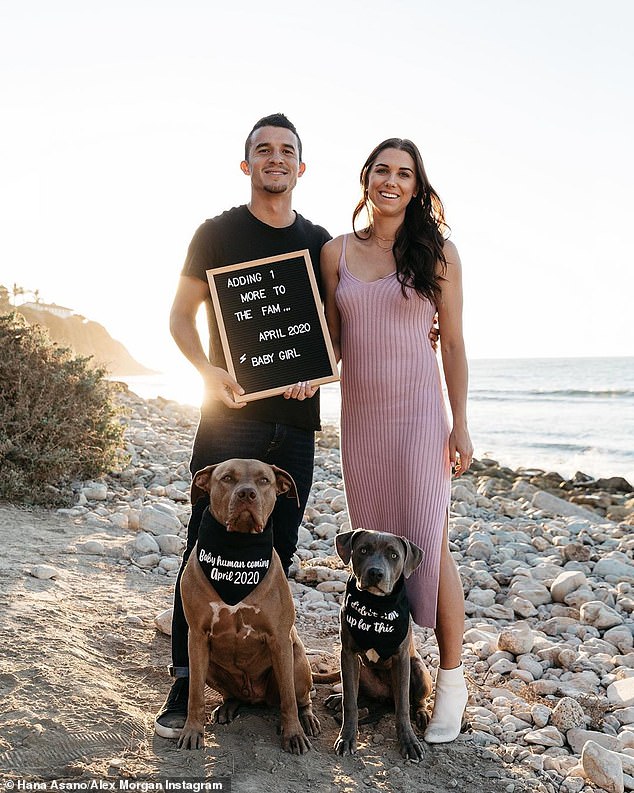 Alex and Servando, 31, tied the knot on December 31, 2014. In images she shared on social media, they pose together on a rocky beach, smiling wide at one another.

Servando holds up tiny onesie with the words ‘ready or not,’ while Alex, dressed in a ribbed pink dress, holds a sign that says ‘Baby Girl’ and April 2020.

An April due date means the couple may have conceived as late as mid August or as early as July 7 — the day Alex and the US Women’s Soccer Team won the world cup.

And the star admitted that their baby-on-the-way is a bit of a souvenir from the celebrations.

‘We are so overjoyed to grow our family,’ Alex told People. ‘She’s the best World Cup gift I could have asked for.’

Alex, who also plays for Orlando Pride, has had quite an eventful year. In addition to her success on the field, the California native also covered the Sports Illustrated Swimsuit Issue.

Having a baby will likely change things for the couple, who’ve had a long-distance marriage for some time: Servando’s team is in California, while Alex’s is in Florida.

‘It’s far from ideal to be that far from your wife,’ Servando told Pro Soccer USA in 2018. ‘We know that this is temporary. We’re only going to be able to play professional soccer for five to six more years. We’ve got to take advantage of this, and know that when we’re done playing, we’re going to be together