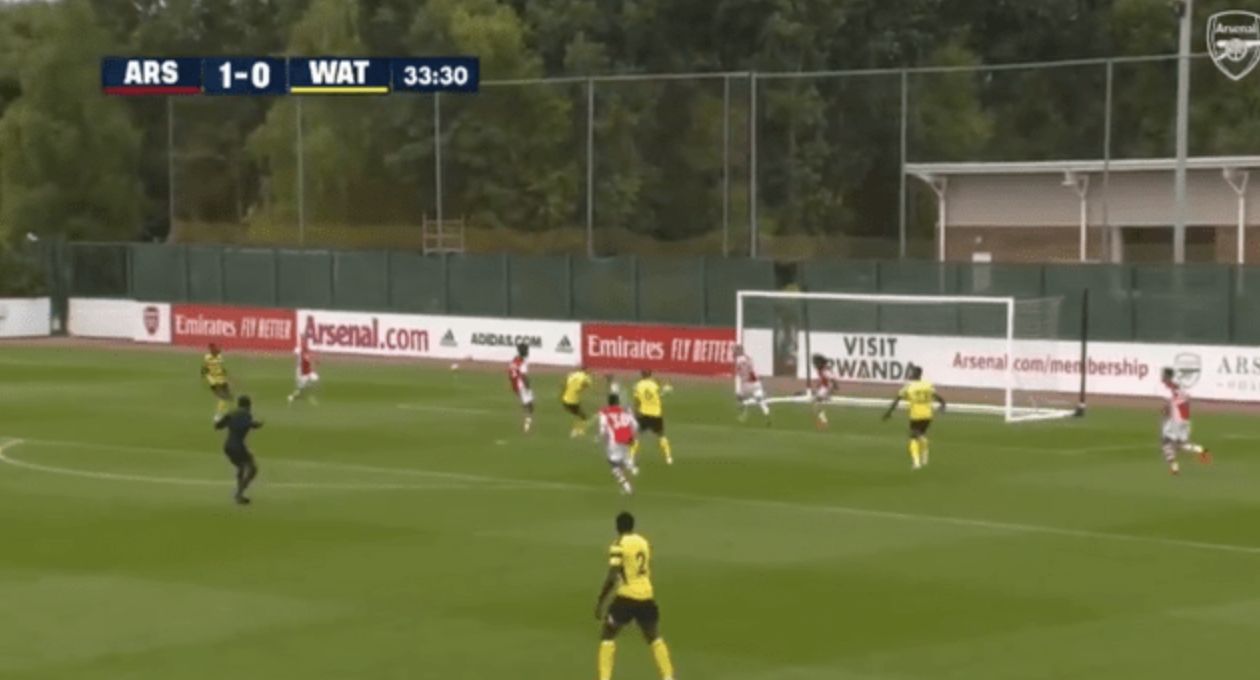 Already losing 1-0 against Arsenal in the pre-season friendly, Watford will be indebted to Gunners midfielder, Mohamed Elneny, after his mistake gifted them an equaliser.

There didn’t appear to be too much danger as the hosts attempted to play the ball out from the back, however, Elneny tied himself in knots and, after a stabbed attempt from the Watford attacker, the ball broke very kindly and as space opened up, the ball was lashed home, restoring some sort of parity.