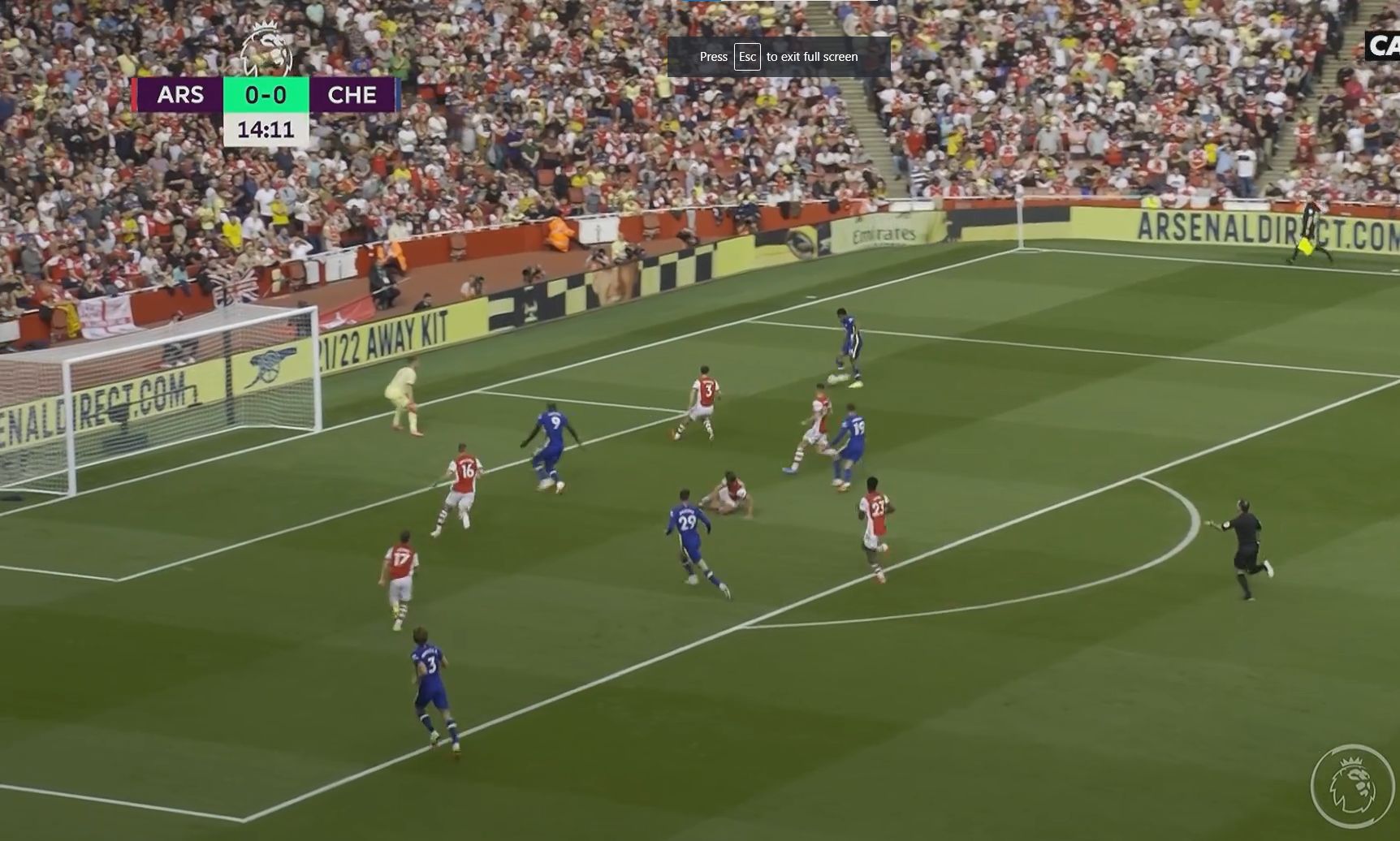 Romelu Lukaku has been away for ten years, but it only took him 15 minutes after returning to Chelsea to find the net.

He won’t score an easier goal, to be honest – Reece James ripped down the right and pulled a cross back for the Belgian, who was just a couple of yards out ready to tap the ball in.

It was superb hold up play from Lukaku to create the space, and it was only fitting he was on the end of it to score for his new – old club.

You can see the goal in the clips embedded here:

Romelu Lukaku scores 15 minutes into his 2nd #CFC debut to give Chelsea the lead at the Emirates! 🎯#ARSCHE pic.twitter.com/ivFKWCkMXW