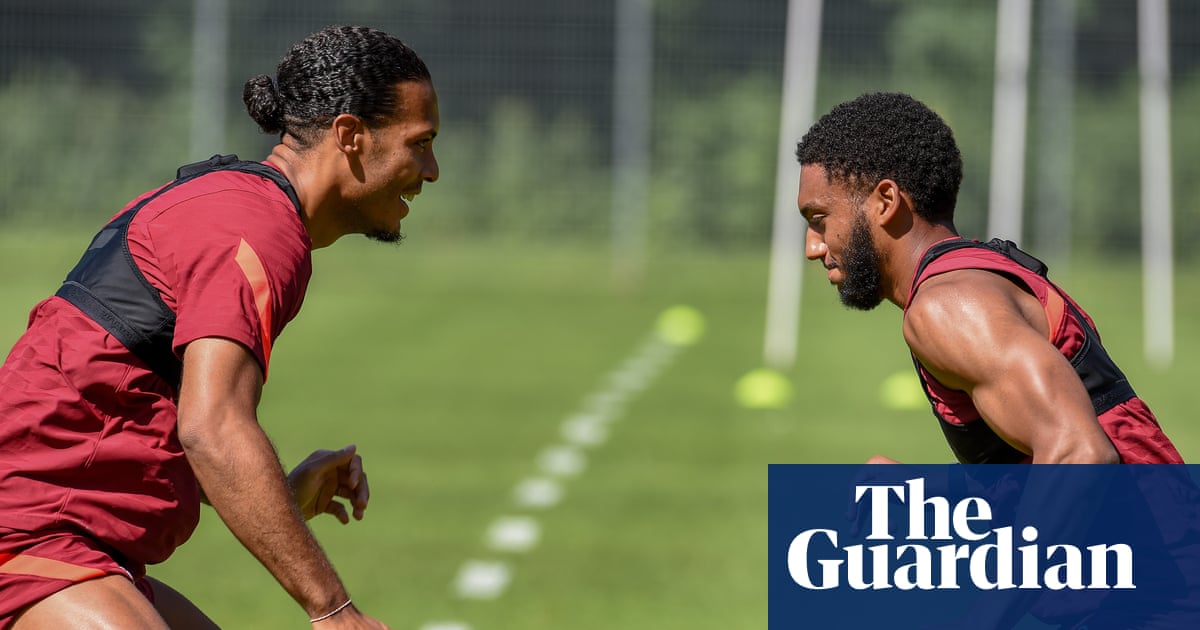 The Liverpool defender Virgil van Dijk could make his return to action this week after nine months out with a serious knee injury. The Netherlands captain has been out since undergoing surgery on the anterior cruciate ligament in his right leg after a clash with Everton’s Jordan Pickford in October’s Merseyside derby.

Van Dijk has sat out the first three training games at the club’s camp in Austria but is in line for a short cameo against Hertha Berlin on Thursday.

“I hope, I am not sure, that there is the opportunity that Virgil could play a few minutes,” manager Jürgen Klopp told liverpoolfc.com. “He looks really good in training and maybe we can bring [him in]. He looks ready and we will see.”

Fellow centre-back Joe Gomez, who has been out almost as long also with a knee injury, is likely to make his comeback in the Anfield friendly against Athletic Bilbao on 8 August.

“If you see the games now as part of their rehab training, that makes sense,” added Klopp. “Joey is very close. There is no race between the two of them; they had different injuries and stuff like this, but [he is] very close. If Virgil can play now 20 [minutes] then probably Joey can in the game after.”

Scotland left-back Andy Robertson and Portugal forward Diogo Jota will make their first appearances of pre-season against Hertha after joining the camp late due to their Euro 2020 involvement.

Xherdan Shaqiri was among the players Klopp was prepared to let go this summer and his performances at the European Championship increased interest with Sevilla and Villarreal now talking with the club about a permanent deal.

It is understood Lazio and Napoli have been in touch with Shaqiri’s representatives to sound out the possibility of a move back to Italy for the former Internazionale forward. The club are looking for around £15m as they hold the option of an additional 12-month extension on the 29-year-old’s current deal so he is effectively contracted until 2023.

“I told the Liverpool board I feel ready for a new challenge. They accepted my decision and will now consider bids to sell me. Liverpool won’t stop me this summer,” Shaqiri told Italian newspaper Corriere dello Sport. “The important thing at this moment in my career is to be able to play regularly, but that hasn’t always been the case in the last three seasons.”

Liverpool are continuing to focus on outgoings – having already banked upwards of £27m from the sale of fringe players – and new contracts for a number of their existing players.